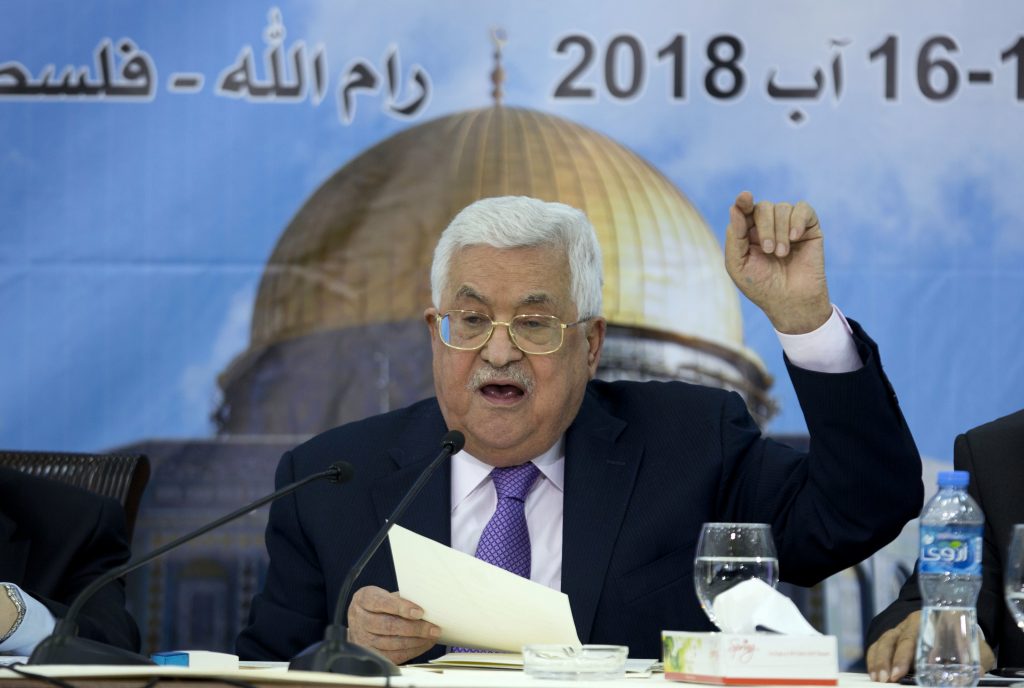 Palestinian Authority chief Mahmoud Abbas is actively trying to kill, or at least radically adjust, the brewing ceasefire between Israel and Hamas, a report in the Al-Hayat newspaper said Sunday. Abbas has demanded from Egyptian negotiating teams involved in the indirect talks that the Palestinian Authority be given full authority over Gaza, “both above and below ground,” referring to the Hamas terror and smuggling terror system, the report said – a demand Hamas has rejected.

In a sharply worded speech in Ramallah Saturday, Abbas said that “we will not agree to Gaza being removed from the PA.” If the PA is not given full authority over Gaza, he said, then Hamas should take over PA-controlled areas in Yehudah and Shomron – a condition he knows neither Israel, the United States, or even Jordan and Egypt would agree to, Ma’ariv said. “There is no connection between the ceasefire and the unity talks between Palestinian factions,” he said. “We also do not agree to the delivery and distribution of humanitarian assistance to Gaza other than via the PA,” he added. In addition, the PA would not accept U.S. assistance on negotiations in any way, until the American Embassy was moved out of Yerusahalayim.

Osama al-Kawasme, a PA spokesperson, accused the U.S. of engineering the deal between Israel and Hamas “in order to further divide the Palestinians. They want to preserve the division between us and thereby destroy any possibility of ending the occupation. Fatah has stressed that no Palestinian group has a right to pursue negotiations with Israel. The PA is the only body that can negotiate on behalf of the Palestinian people. It is the only legitimate representative of the Palestinians. Hamas is dealing a death blow to our national identity,” Kawasme added.

Weekend reports in the Arab media said that the deal being negotiated by Egypt and U.N. officials between Israel and Hamas was almost completed, but that no further talks would take place this week, as Muslims celebrate a festival. The reports said that Egyptian negotiators were trying to persuade Abbas to take part and support the talks.