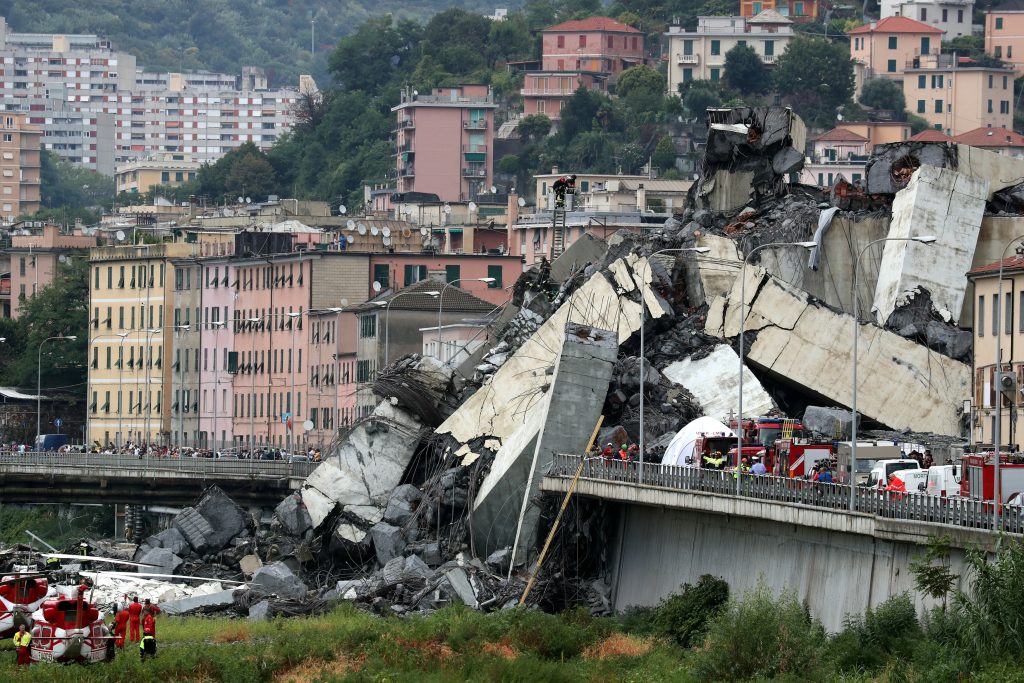 The government will launch a plan aimed at making Italy’s infrastructure safe, a government official said in a newspaper interview on Sunday, after the collapse of a motorway bridge in Genoa killed 43 people.

Giancarlo Giorgetti, undersecretary in the prime minister’s office and a leading member of the League party, said the plan would include motorways, bridges and viaducts but also public buildings such as schools.

“It will be a maintenance operation with no precedents, with enormous investment in public works,” he said in an interview with Il Messaggero.

He did not specify the cost of the plan but said “deficit, GDP or European rules do not exist.”

The government, a coalition between the anti-establishment 5-Star Movement and the League, has started a procedure aimed at revoking concessions held by Autostrade to operate toll highways after the Genoa bridge collapse.