Business In the Market for a Minivan? Consider These Crash-Test Results
Business 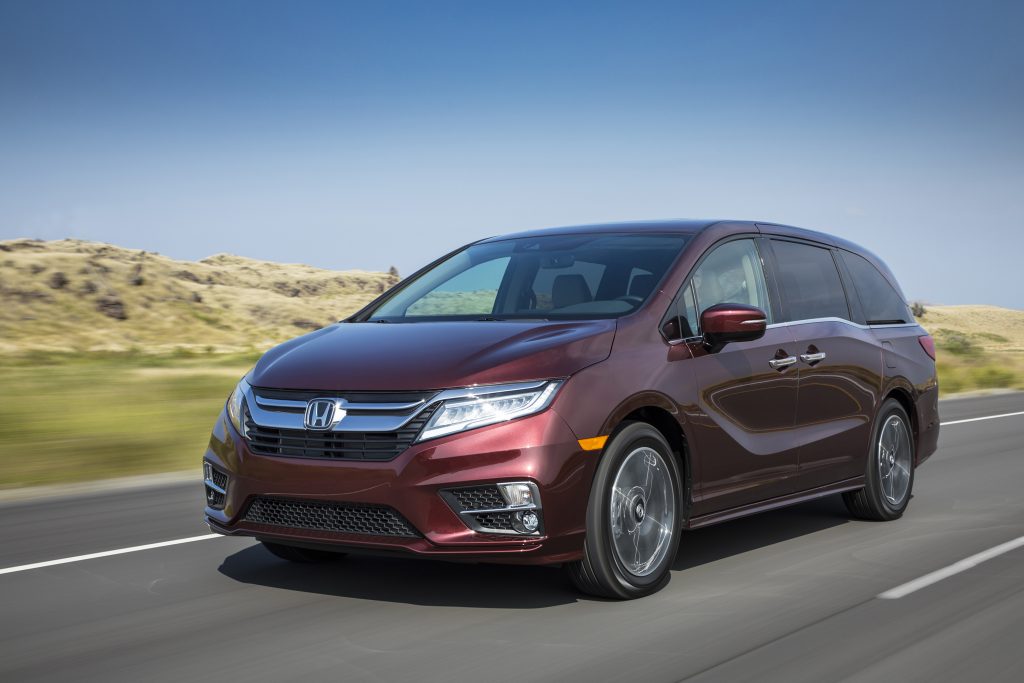 The Toyota Sienna “stumbled” as the Honda Odyssey and Chrysler Pacifica both captured solid overall ratings in the latest crash tests from the Insurance Institute for Highway Safety for 2018 and 2019 model-year minivans.

Both the Odyssey and the Pacifica qualify as 2018 Top Safety Picks, according to the institute. The Odyssey had the best total rating, followed by the Pacifica, which overcame a marginal rating for structure, because sensors indicated a low risk of injury.

The passenger-side small overlap front crash test, which the institute began using last year, evaluates what happens when the front corner of the passenger-side strikes a stationary object, such as a tree or utility pole, according to the institute. The tests measure the impact of a crash when a vehicle is traveling at 40 mph.

David Zuby, executive vice president and chief research officer for the institute, said a right front passenger in the Sienna could have right hip and lower leg injuries in a real crash because of the way the structure crumpled around the test dummy’s legs.

“We explicitly measured higher forces in the dummy’s right leg, but with 20 inches of front structure moving into the occupant space, we’re also concerned that the head or chest might be compromised,” based on the types of injuries shown in real crashes with that type of impact, Zuby said.

Toyota made improvements with its 2015 Sienna models to better protect the driver, but did not do the same for right front passengers, according to the institute.

“If you own a Toyota Sienna, I wouldn’t panic because the Toyota Sienna does earn good ratings in our other tests,” Zuby said. “If you’re in the market for a new minivan, we’d recommend people look at the Honda Odyssey or Chrysler Pacifica.”

Two other minivans, the Kia Sedona and Dodge Grand Caravan, were not included in the latest release. Zuby said the institute is waiting for Kia to make promised changes before testing the minivan, and the Grand Caravan has poor protection for drivers in the small overlap crash test, so is not likely have a good rating for passengers.

The latest release from the Insurance Institute also looked at Latch ratings — Lower Anchors and Tethers for Children — which is a child restraint system designed to make it easier to install a child seat.

The Odyssey also topped the list with a “good+” rating. The Grand Caravan, Sedona and Sienna were acceptable, and the Pacifica was marginal. The institute noted that the Latch ratings do not “have any bearing on safety,” but said it is difficult, although not impossible, “to achieve a good installation in a poor-rated vehicle.”

“Honda factored in Latch when redesigning the Odyssey for 2018, boosting the minivan’s rating from acceptable to good+ by making the second-row tether anchors easy to find and the lower anchors easy to maneuver around,” Zuby said.