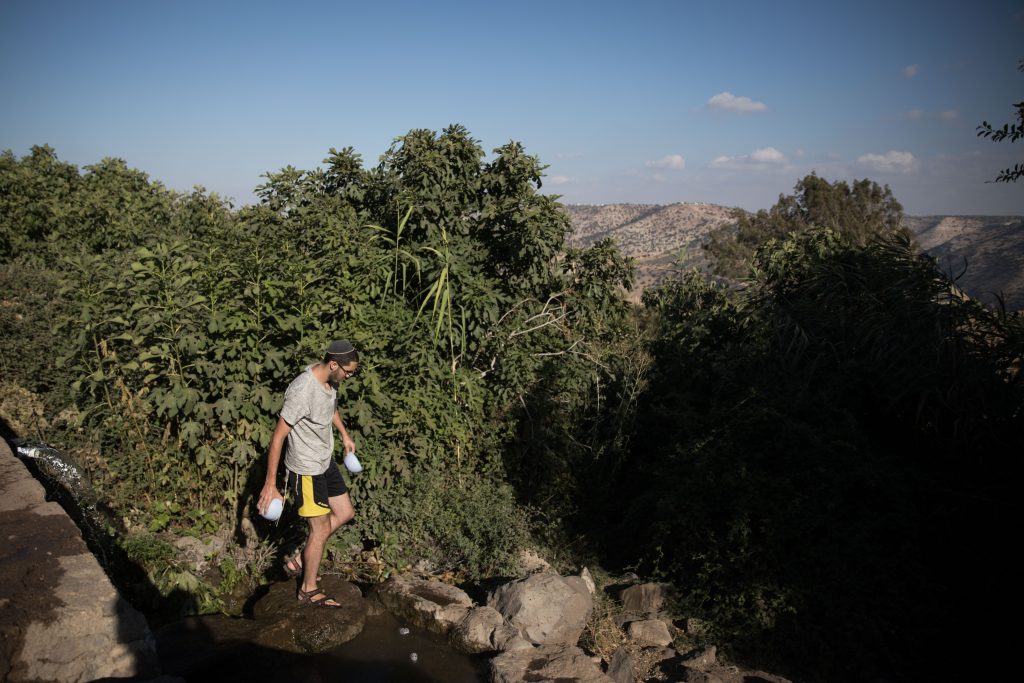 The Leptospirosis scare continues in Israel – and at an emergency cabinet discussion Sunday, it was decided that the government would take a series of steps to prevent further spread of the disease. Among the steps to be taken will be fencing off areas around springs and streams in order to prevent direct access by animals; adding fresh water to streams and springs in order to dilute the infected water; and inoculating animals and herds that have been diagnosed as carrying the germs that cause the disease.

“The situation is under control,” Deputy Health Minister Rabbi Yaakov Litzman said after the meeting. “We ask that the public follow instructions on which sources of water to use, and which should be avoided.” The Ministry, he said at the meeting, “is following the situation and examining the sites where the disease has been spotted. We have closed a number of springs in the wake of the disease,” and further steps, Rabbi Litzman said, should help stem the spread of the disease. “We want to deal with this now so that we don’t have headlines next summer saying that the disease has returned,” said Ministry Director-General Moshe Bar Siman-Tov. “We want them to say that the disease has been eradicated from the north.”

Common to all the victims was their bathing in fresh water springs in the Galilee and Golan that were apparently infected with the Leptospirosis bacteria. The disease is generally spread by rodents and animals. At least a dozen were being treated in hospitals. The Health Ministry has closed several nature reserves in northern Israel, where water sources are suspected to have been infected.

Left untreated, Leptospirosis can lead to symptoms including headaches, muscle pains, and fevers. More severe cases could include bleeding from the lungs or meningitis, or even severe pulmonary hemorrhage syndrome. If the infection causes the person to turn yellow, have kidney failure and bleeding, it is then known as Weil’s disease. It is generally treatable by penicillin or other antibiotics. The sooner treatment is administered the less likely that symptoms will develop, say doctors.

There have been many cancellations at hotels and tzimmers (bed and breakfasts) in northern Israel, as tourists avoid the region out of fear that they will catch the disease. Local authorities and tourism officials told Hadashot News that they hoped that Sunday’s government decisions will reduce the panic and encourage Israelis to return to the north. Seven springs have been closed, while fresh water is pumped into them, environment officials in the north said, adding that there were dozens of other springs that were open and where there was no suspicion of infection.