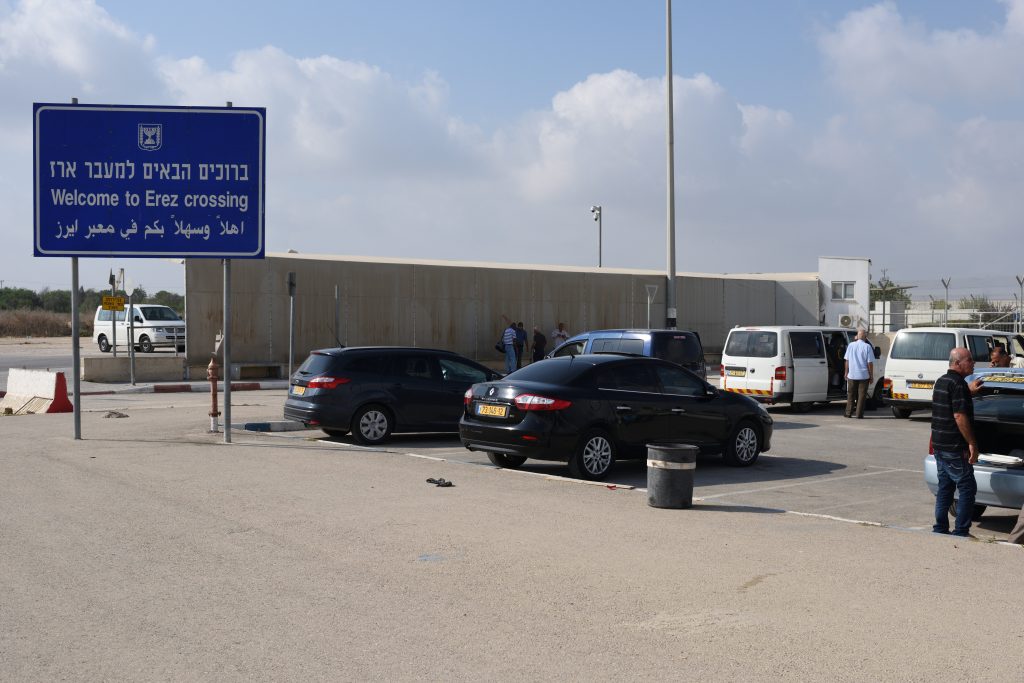 The IDF  informed Palestinian officials early Sunday that the Erez crossing would be closed, in the wake of another violent riot on Friday, according to sources in Gaza. The crossing had been opened earlier in the week to allow passage of goods into Gaza. Hundreds of trucks entered Gaza each day, bearing food, household and industrial items and fuel. On Sunday, Israel will allow in only emergency supplies, as well as individuals who need immediate medical attention in Israel.

Thousands of Arabs on Friday rioted along the Gaza border. Arabs also dispatched terror kites and balloons at Israeli forests and farms in the Gaza border area. This, despite the ongoing brokered talks between Israel and Hamas for a long-term ceasefire. Rioters threw firebombs and bricks at Israeli forces. B’chasdei Shamayim, no injuries were reported. Soldiers responded with anti-riot measures. Gaza sources reported two terrorists killed. IDF soldiers later fired at several terrorists who were trying to sneak through the border fence into Israel. The terrorists turned back and scattered when they were fired on. The IDF said in a statement that it “remains prepared for any developments and scenarios.”

Gaza terrorists also continued their campaign of launching terror balloons and kites at Israel. Security officials reported that at least two fires were set as a result, one outside a kibbutz and one in the Be’eri Forest.

The riot and fire attacks took place even as indirect negotiations between Israel and Hamas were continuing. Egyptian and U.N. negotiators were said to be close to a final version of the deal, which would entail Israeli concessions in exchange for a promise by Hamas to lay off terror attacks – both rocket and those involving incendiary balloons and kites – for at least a year. A report in the Lebanese Al-Akhbar reported over the weekend that Hamas had rejected a proposal for the establishment of a Gaza sea route via a port in Cyprus in exchange for the release of Israelis held by Hamas. A source in the terror group said that the issue of the release of the Israelis was a “complicated one that will take many years to find a solution.”’

A report in Ha’aretz said that Israel had not told Hamas that another Friday riot would be a “deal-breaker,” and that it had given its consent to ongoing Hamas demonstrations at the Gaza border. The report quoted security officials as saying that Israel had no problem with the demonstrations as long as rioters did not try to attack IDF troops or damage the security infrastructure along the border fence, and did not approach the fence.