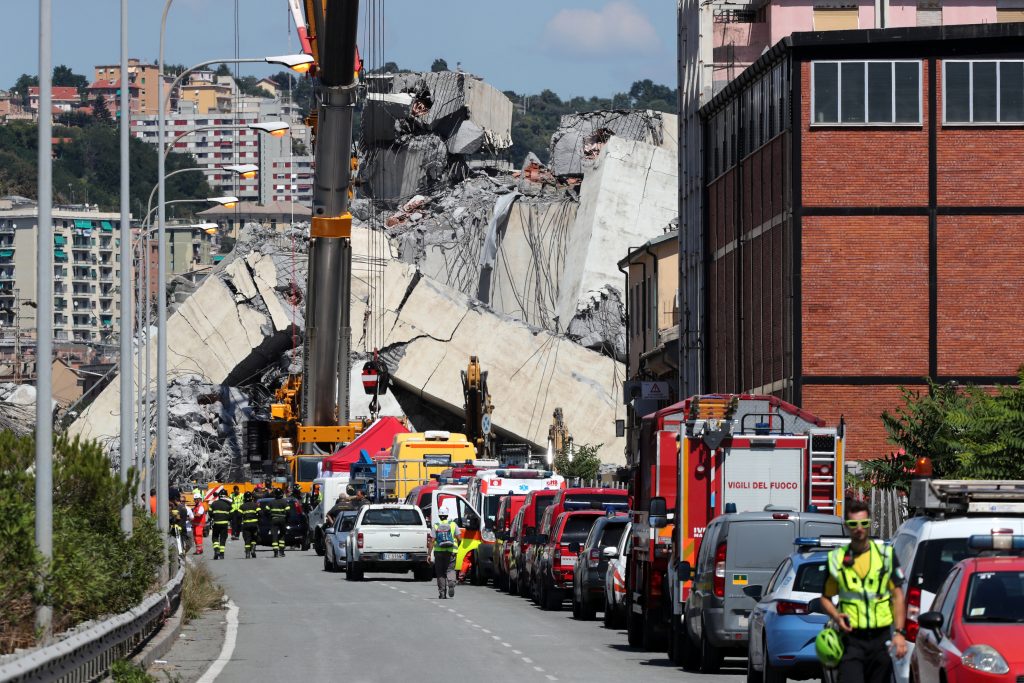 An audit commissioned by the French government says about 840 French bridges are suffering from serious damage and at risk of collapse in the coming several years.

The audit, published Sunday by the Journal du Dimanche newspaper, says a third of the 12,000 government-maintained bridges in France need repairs. About 7 percent, or about 840 bridges, present a “risk of collapse” in the coming years if spending is kept at current levels, the audit says.

The audit doesn’t address thousands of other French bridges maintained by private companies or local authorities, which have seen budget cuts in recent years.

The government released a summary of the audit last month, blaming previous administrations for inconsistent and inadequate road funding, and saying the growth of traffic and increasing episodes of extreme weather have worsened the problem.

The Transport Ministry didn’t respond to requests for comment Sunday. Transport Minister Elisabeth Borne told broadcaster Franceinfo last week that bridge “maintenance is our priority” and announced plans for a 1 billion-euro ($1.14 billion) plan to “save the nation’s roads,” including bridges and tunnels. She reiterated plans for a new infrastructure law after the summer holidays.

The Genoa bridge collapse has shined a spotlight on road maintenance in Italy. Italian investments in roads sank most dramatically among the top five European economies after the 2008 economic crisis, never fully recovering, according to the Organization for Economic Cooperation and Development.