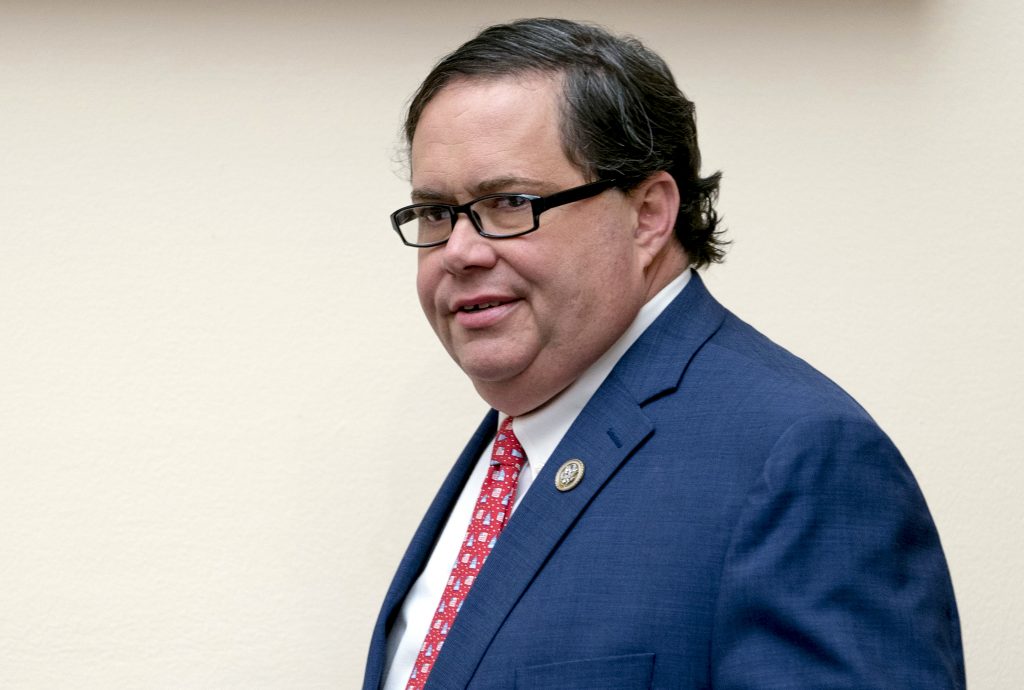 A former Texas congressman had tried steering a federal contract to the owner of a business who gave him a $160,000-a-year job after the congressman resigned amid allegations of improper conduct, according to a newspaper investigation published Sunday.

Republican Blake Farenthold resigned in April amid bipartisan pressure over revelations that he used $84,000 in taxpayer money to settle a lawsuit accusing him of inappropriate behavior. A month after leaving Congress, Farenthold was hired as the lobbyist for the Calhoun Port Authority on the Texas coast. His hiring was directed by port chairman Randy Boyd, who owns a dredging company called RLB Contracting and was a political donor to Farenthold.

Emails obtained by the Victoria Advocate show that Farenthold’s office arranged a meeting in May 2015 between Boyd and the Army Corps of Engineers about a government project. Federal officials took the meeting but declined working with Boyd’s company, citing ethical and environmental rules, after which Farenthold’s office followed up with the Corps to see “if there is anything our office can do to be helpful (to the Corps) and Mr. Boyd.”

Boyd donated $5,000 to Farenthold’s campaign a day after the congressman’s office began arranging a meeting for him with the Corps, according to Federal Election Commission records.

The Victoria Advocate is suing the port over allegations of open meetings law violations when it hired Farenthold. In a deposition this month, Farenthold said his favor to Boyd wasn’t exceptional.

“It’s certainly not my job to push one person over another to get a government contract,” Farenthold said, “but it is to bring economic development to the district I represent.”

The contract Farenthold discussed with the Corps involved the Houston Ship Channel, which was not in Farenthold’s district.

Boyd said during a July deposition that he considered Farenthold a friend, but he didn’t think the former congressman had helped him or any board member in securing a government contract.

Boyd told the newspaper that his donation to Farenthold after the meeting was arranged was “coincidental.”

“The problem is, one, did he (Farenthold) intervene appropriately?” said Meredith McGehee, of Issue One, a Washington, D.C., nonprofit that seeks to reduce pay-for-play politics. “Two, did he do so because this entity or the people involved were contributors? And three, did he get this job as a reward for what he had done for him as a public official? And the fourth question is, obviously, what … is the owner of a dredging company doing as chair of the port authority?”

Boyd said his company has given a tremendous amount of money to the community and that “we believe in doing what’s right, and that there is no conflict of interest with us and the port.”

Farenthold was first elected in 2010. He had originally pledged last year to return the $84,000 used in the lawsuit settlement but later reversed course. He also rebuffed Republican Texas Gov. Greg Abbott’s request that he use the money to help pay for the special election to fill the remainder of his term.