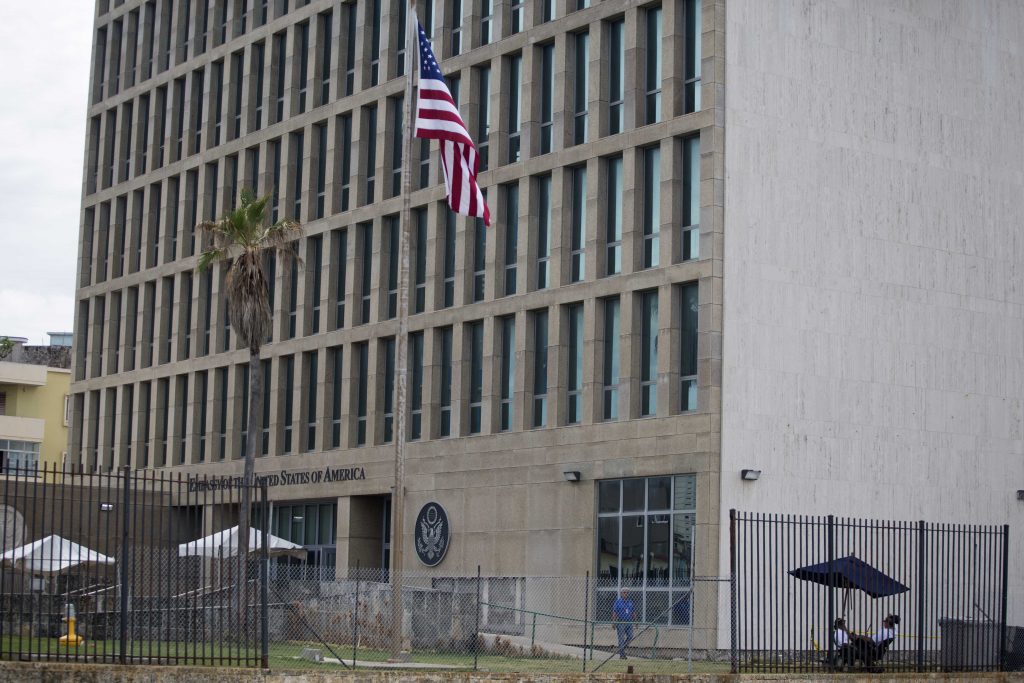 Since the United States withdrew all but a bare-bones staff from its embassy in Havana last September after mysterious incidents that affected the health of American diplomats, no Cubans have been admitted to the United States as refugees and the U.S. will likely fall far short of its annual commitment to admit Cuban immigrants.

As a result of the staff reduction, it’s also been difficult for diplomats to “cover significant economic and political developments in Cuba,” reach out to human rights activists and members of Cuban civil society and to monitor how the Cuban government is treating returned migrants, according to a memorandum released last week by the Congressional Research Service.

The memorandum was prepared at the request of New York Democratic Rep. Eliot L. Engel, the ranking member on the House Committee on Foreign Affairs, who wanted information on the impact of the staff reduction. It was partially drawn from the findings of a Congressional staff delegation that traveled to Havana in early August.

At the time the delegation visited, the embassy had a staffing level of 14 and several positions were being filled by foreign service officers on temporary duty or retired diplomats called back on an intermittent basis under a special program. Before the ordered departure last September, embassy staff numbered more than 50.

The sharp staff reduction has meant the suspension of all but emergency visa-issuing operations in Havana.

Most Cubans seeking non-immigrant visas now must travel and apply for a visa at a U.S. embassy or consulate in another country. The result, the memo said, is that it’s more difficult for Cubans to visit family members in the United States, some Cuban cultural groups have been forced to cancel their U.S. tours, and it’s become more complicated for private Cuban entrepreneurs to travel to the United States to bring back the inputs they need for their businesses.

Interviews and the processing of immigrant visas have been transferred to the U.S. Embassy in Georgetown, Guyana. In a 1994 migration accord between the United States and Cuba, the United States agreed to issue 20,000 travel documents for immigrants from Cuba annually. However, during the first nine months of fiscal 2018, fewer than 4,000 immigrant visas were granted to Cubans, according to the memo.

Staffing was reduced by two-thirds after some diplomats began reporting medical systems ranging from hearing loss, dizziness, headaches, and cognitive issues to fatigue and insomnia — sometimes accompanied by a high-pitched sound and a pressure-like sensation and sometimes not. Not all suffered the same symptoms, but some combination of them.

Two University of Pennsylvania researchers who examined the diplomatic personnel confirmed they had suffered brain injury or concussion-like symptoms but said they weren’t accompanied by head trauma as would have been expected. Their research is ongoing.

Twenty-four diplomats experienced symptoms between November 2016 and August 2017, and two new cases were reported this spring and confirmed in June, bringing the total number of those affected to 26. The cause, source or any technology that might have been used to produce the symptoms remain a mystery.

The maximum level for emergency staffing at the Havana embassy has been set at 18. “A challenge for embassy operations is that most positions are limited to a one-year tour of duty, making it difficult for continuity of operations and familiarity with working in Cuba,” said the memo. Some of the remaining diplomats have had to double or triple up on their duties.

The skeletal staff at the embassy is supplemented by local hires, but the report said that with so few diplomats at the embassy, training these employees is a challenge. So is maintaining 45 residences with such a limited U.S. staff. But the memo said that the embassy is reluctant to give them up “because there is no guarantee they would get them back in the future.”

The drawdown also has taken a toll on embassy outreach efforts and on-the-ground reporting, said the memorandum.

“With recent developments such as a new Cuban president, new regulations on Cuba’s private sector, and the Cuban government embarking on a process to update the country’s constitution, U.S. policymakers may benefit from a fully staffed embassy with the ability to analyze these and other ongoing developments in Cuba,” it said.

Not having sufficient foreign service officers to focus on Cuba’s human rights situation also “potentially diminishes the ability of the State Department to understand the situation on the ground and report on breaking developments.” Before the staff reduction, there were two diplomats who focused on human rights.

A case in point, the memo said, is that since the staff reduction, embassy personnel haven’t taken any trips to monitor the situation of returned migrants.

Now the embassy is operating only with “the minimum personnel necessary to perform core diplomatic and consular functions,” according to the State Department.