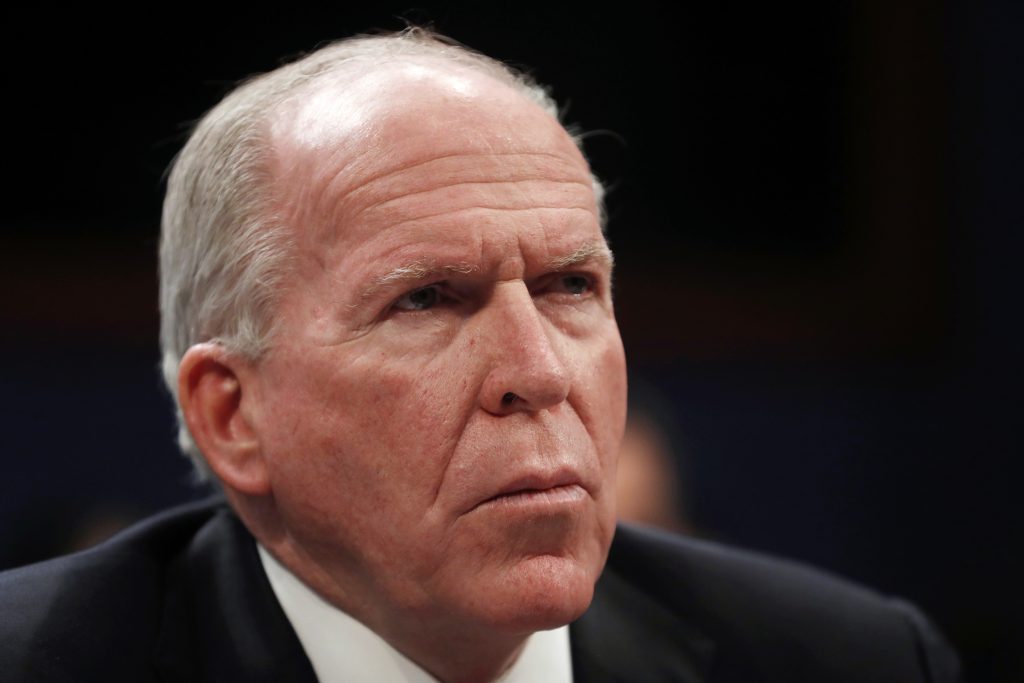 Speaking on NBC, Brennan said he’s been contacted by a number of lawyers about the possibility of an injunction in the wake of President Trump’s move to revoke his clearance and threaten nine others who have been critical of the president or are connected to the Russia probe.

“If my clearances and my reputation as I’m being pulled through the mud now, if that’s the price we’re going to pay to prevent Donald Trump from doing this against other people, to me it’s a small price to pay,” Brennan said. “So I am going to do whatever I can personally to try to prevent these abuses in the future. And if it means going to court, I will do that.”

Brennan, who served in President Barack Obama’s administration, said that while he’ll fight on behalf of his former CIA colleagues, it’s also up to Congress to put aside politics and step in. “This is the time that your country is going to rely on you, not to do what is best for your party but what is best for the country,” he said.

Trump yanked Brennan’s security clearance last week, saying he felt he had to do “something” about the “rigged” probe of Russian election interference. And he has said he may do the same for nine others, including a Justice Department official whose wife worked for the firm involved in producing a dossier on Trump’s ties to Russia.

An executive order signed in 1995 by President Bill Clinton lays out the process for approving security clearances and describes a detailed revocation and appeal procedure.

Former Obama-era CIA Director Leon Panetta, who also served as defense secretary, said Sunday that President Trump must abide by the executive order unless he decides to change or cancel it. Speaking on CBS’ “Face the Nation,” he said Trump’s decision to revoke Brennan’s clearance raises questions about whether he followed due process.

Brennan’s legal warning came as other officials joined the growing chorus of critics — now more than 75 intelligence officials — denouncing Trump’s security clearance threats, saying they have a right to express their views on national security issues without fear of punishment.

Retired Navy Adm. Mike Mullen, former chairman of the Joint Chiefs of Staff under George W. Bush and Obama, likened it to President Richard Nixon’s use of a political enemies list.

Mullen told Fox News that while he doesn’t agree with Brennan’s decision to criticize the president, the former CIA director has the right to freedom of speech unless he’s revealing classified information.

“It immediately brings back the whole concept of the enemies list,” Mullen said, “and even before that, in the early ’50s, the McCarthy era, where the administration starts putting together lists of individuals that don’t agree with them and that historically, obviously, has proven incredibly problematic for the country.”

But, he said, rather than pulling officials’ security clearances, Trump should avoid politicizing the issue and simply deny them access to classified material.

“I don’t want to see an enemies list,” he said.