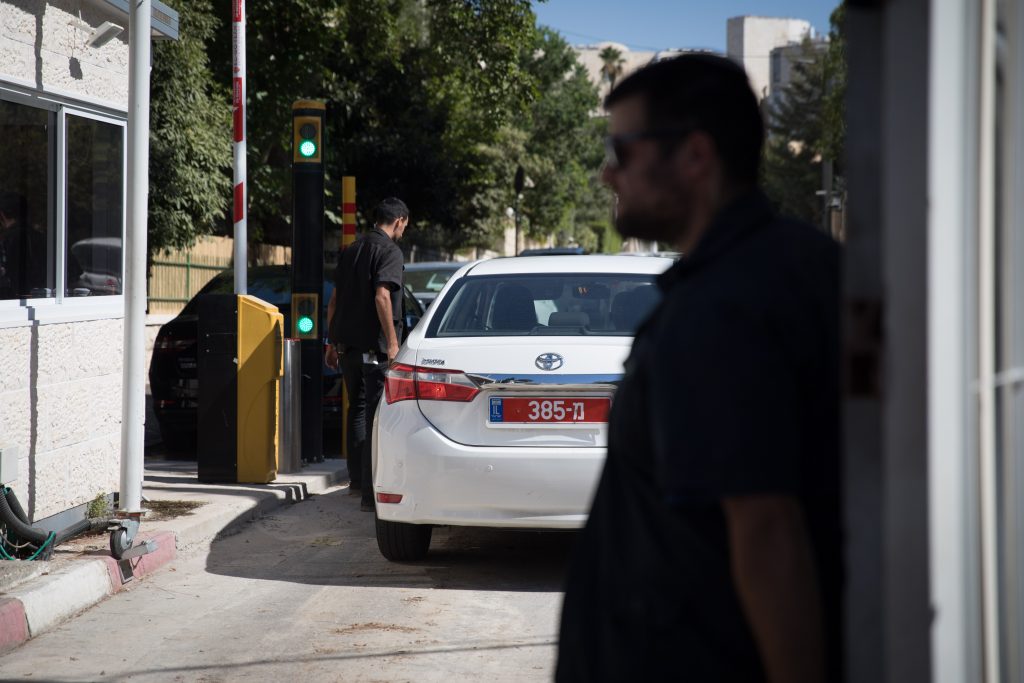 Police questioned Prime Minister Binyamin Netanyahu on Friday over his alleged dealings with Bezeq, in one of three corruption cases weighing on the leader’s political future.

It was the last time the prime minister is to be questioned in the Bezeq investigation, known as Case 4000.

Officials suspect Netanyahu advanced regulatory decisions as communications minister and prime minister that benefited Shaul Elovitch, the controlling shareholder in Bezeq, despite opposition from the Communication Ministry’s career officials and in exchange for positive coverage from Elovitch’s Walla news site.

Netanyahu has denied any wrongdoing and says he is the victim of a witch hunt, insisting that all his regulatory decisions affecting Bezeq were in keeping with the recommendations of the ministry’s professional echelons.

This was the final questioning of the prime minister in Case 4000 before police are scheduled to submit their conclusions to the state prosecution, which will then decide whether there is sufficient evidence to pursue an indictment.

On Tuesday, an unnamed source said to be familiar with the progress in the case told Hadashot News that the evidence is expected to be deemed by police as sufficient to charge Netanayhu with bribery.

Sources close to Netanyahu responded to the report by angrily denouncing the purported leak. “Why do you need a police investigation if there is already a recommendation? First they make the decision and then they investigate? This is an outrage,” an official close to Netanyahu told Hadashot News.

Netanyahu is also a suspect in two other corruption cases, Case 1000 and Case 2000, two investigations in which police have already recommended bribery indictments.

In Case 1000, Netanyahu is suspected of demanding benefits from billionaire benefactors in exchange for favors.

Case 2000 involves a suspected illicit quid-pro-quo deal between Netanyahu and Yediot Acharonot publisher Arnon Mozes that would have seen the prime minister weaken a rival daily, seen as more pro-Netanyahu, Yisrael Hayom, in return for more favorable coverage from Yediot.