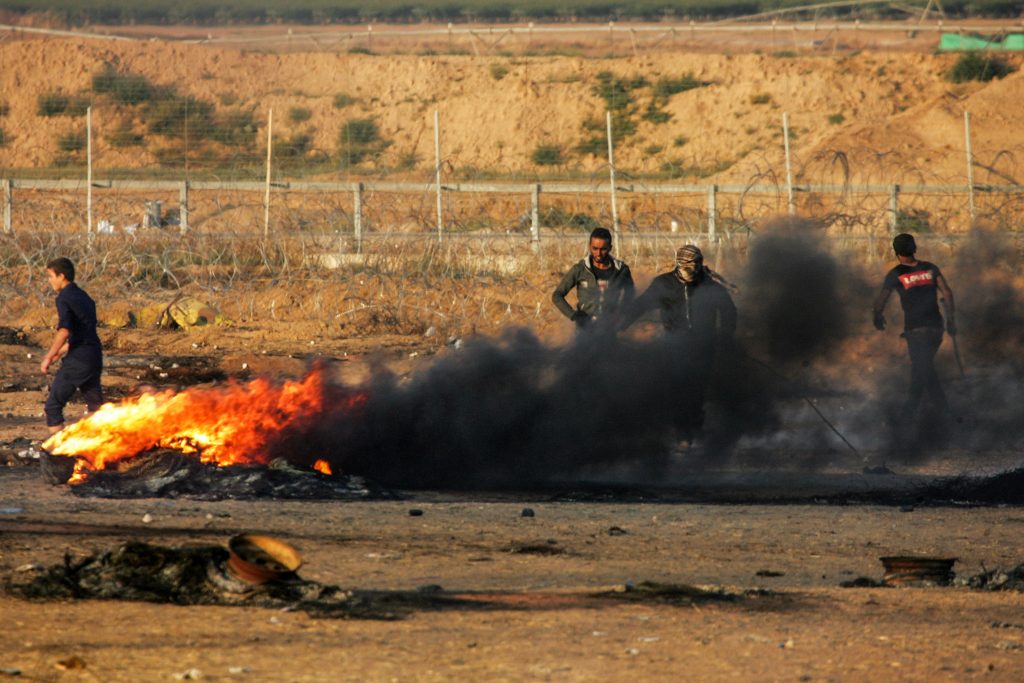 IDF officials told Channel Ten Thursday that events on the Gaza border on Friday would indicate whether or not there would be an actual ceasefire between Israel and Hamas. Since March, Hamas has on Fridays held violent riots along the fence, attacking IDF soldiers with rocks and bricks, and launched massive numbers of terror kites and balloons at Israel.

Over the past week, the missile attacks that were occurring on a regular basis last week have stopped, and the number of fires due to terror balloons and kites has dropped dramatically (but not stopped). The question among security officials is whether Hamas can resist the “temptation” to hold more riots this Friday, with talk rife of an impending ceasefire with Israel.

Last Friday, over 9,000 rioters gathered at five points along the Gaza border fence, and threw rocks and firebombs at Israeli troops. Soldiers responded with anti-riot measures and used rubber bullets and other measures to disperse the rioting crowds. Gaza sources said that two rioters were killed in the incidents.

Speaking in an interview Thursday, Defense Minister Avigdor Liberman said that the true test of the ceasefire would be “in the field. There have been and are many initiatives from the world trying to advance the peace process, but with all due respect, we manage things here according to our own interests,” Liberman said in the interview on Radio 103FM. “We have no interest in starving Gazans, but we say clearly that we will stand on our principles: If there is quiet on the other side, we will have and act on our goodwill towards residents of Gaza. If the quiet is not kept, Gaza residents will be the first to suffer.”