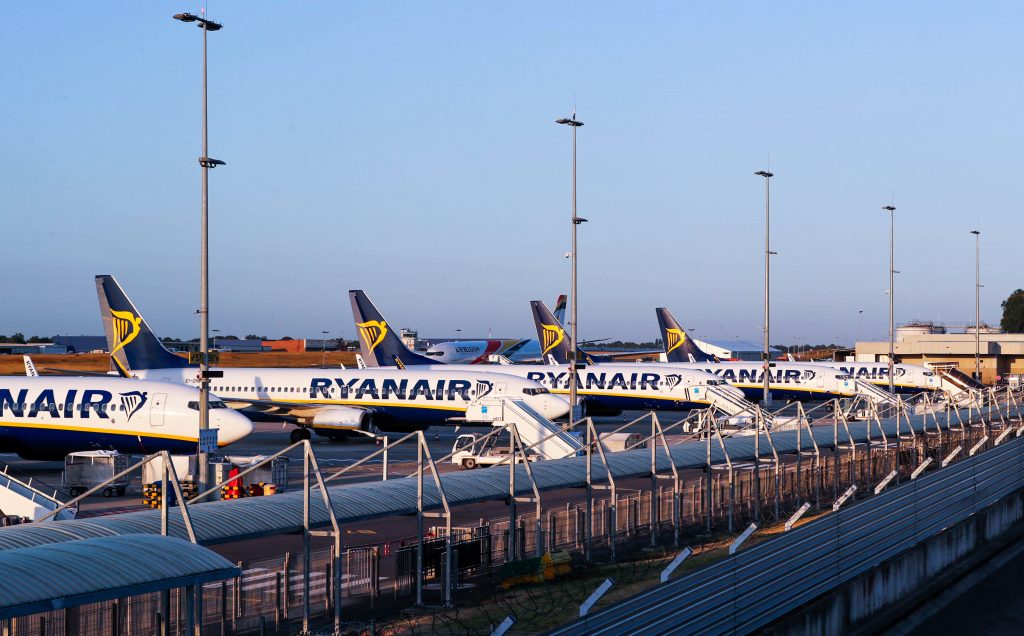 Talks between Ryanair Holdings and striking Irish pilots are set to resume Friday as the sides seek to reach an agreement that could hold the key to resolving a wider European dispute over pay and contracts.

A fourth round of negotiations should start at 10:30 a.m., according to the Forsa union, which ended the last session in the early hours of Thursday morning after more than 12 hours of deliberations.

The discussions, mediated by labor relations veteran Kieran Mulvey, represent the best chance yet of halting walkouts that have weighed on Ryanair earnings and disrupted travel for thousands of people. While the strike spans Europe, a breakthrough in Ireland is seen as key to resolving the clash, since it was staff there who initiated a push for unionization and better employment terms.

Mulvey, a former chairman of the Irish Workplace Relations Commission, has asked the two sides to refrain from public comment, according to Forsa. Ryanair declined to comment.

“We are watching what is happening in Ireland and we are listening,” Martin Lindgren, chairman of the Swedish Air Line Pilots Association, said by phone. “The demands are not that different at all. All Ryanair employees want the same thing – normal things that employees have.”

Peter Bellew, Ryanair’s chief operations officer, said on Aug. 8 that negotiations with Irish pilots have proved particularly tough, with unions declining to talk for extended periods. Mediation may not be required in locations such as Germany, where the Vereinigung Cockpit labor group has already engaged in more detailed talks, he said.

This week’s Irish discussions marked the first time the sides had met for 24 days, according to Forsa, which has said there are no further plans for strikes right now. In addition to Forsa officials, the talks included Ryanair management, pilots from the carrier who are members of the Irish Airline Pilots’ Association, and Patricia King, general secretary of the Irish Congress of Trade Unions.

The meetings followed the latest strike on Friday, which was the fifth by Ryanair’s Irish pilots and also involved cockpit crew from Germany, Belgium, Sweden and the Netherlands. The walkout was the most damaging to date, causing the scrapping of more than 400 flights affecting upwards of 55,000 people, though Ryanair says the majority were rebooked on other services.

The unionization campaign was triggered when a rostering foul-up in Ireland left Ryanair short-staffed and forced the cancellation of 20,000 flights, giving workers leverage they’d never had in the carrier’s three-decade history. Chief Executive Officer Michael O’Leary says he won’t accept terms that jeopardize the low cost base that’s made his company so dominant in short-haul flying.