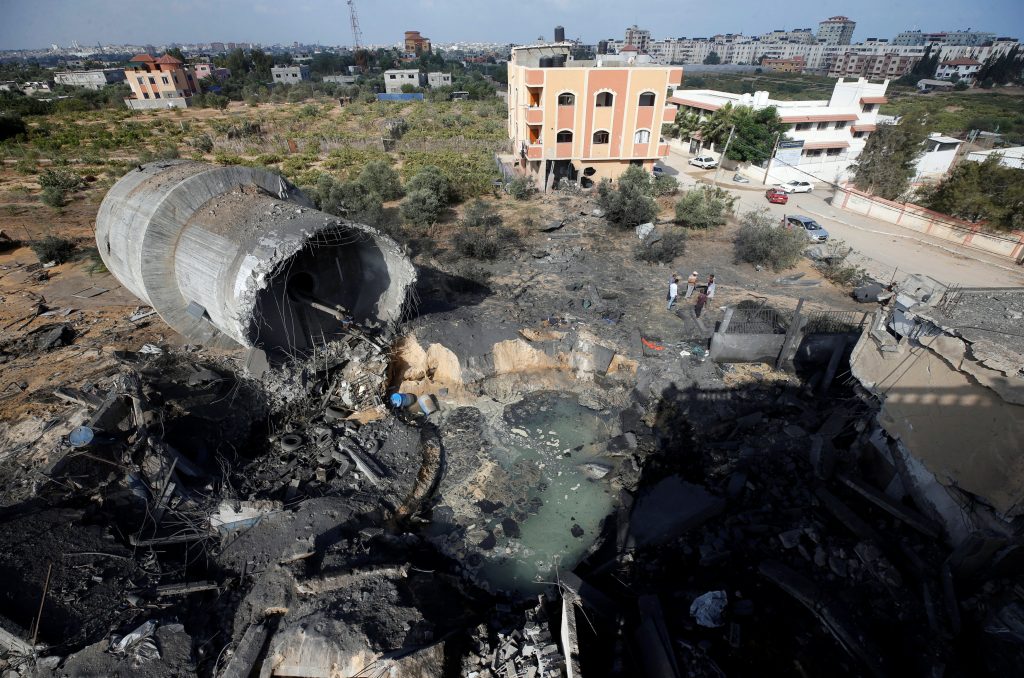 Arab media reported Thursday that Egyptian intelligence head Abbas Kamal visited Tel Aviv and Ramallah on Wednesday in order to close the final details of the pending long-term ceasefire agreement between Israel and Hamas. The deal was brokered by Egyptian and U.N. officials over the past several weeks. The report in the Al-Hayat newspaper Thursday said that Kamal met with senior defense officials in Israel, and then with Palestinian Authority chief Mahmoud Abbas in Ramallah.

The main topics of the discussion, according to the report, were the measures Israel was planning to take to ease the situation in Gaza and open its economy, as well as the fate of Israelis being held by Hamas in Gaza. Cabinet members speaking in Israeli media Wednesday night denied reports that the deal does not include the release of the four Israelis, including the remains of IDF soldiers Oron Shaul and Hadar Goldin, Hy”d. “There cannot be a deal with Hamas unless our boys are returned home and we have a guarantee of long-term quiet in the south,” Yisrael Hayom quoted a Cabinet source as saying.

The source also denied that Israel was “capitulating” to Hamas by agreeing to steps that will build the Gaza economy – thus strengthening Hamas – in the agreement. The quiet that has more or less reigned since the weekend, the source said, was not because of Israel’s easing of the humanitarian situation, such as the opening of the Kerem Shalom crossing Wednesday. “The quiet on the border and the impending deal are the result of the massive IDF attacks on Hamas infrastructure, which will continue as needed. As long as the situation remains calm, we will be able to address Gaza’s humanitarian needs, and arrange for the return of our soldiers and civilians.”

Residents of Gaza border communities are following the ceasefire saga with a very cynical eye, Yisrael Hayom reported, due to the fact that there have been numerous ceasefires in recent weeks that fell apart very quickly. The overwhelming opinion of residents is that the IDF needs to embark on a major operation to remove Hamas from the leadership of Gaza. Without such an operation, the south faces an unending cycle of war, the report quoted residents as saying.

Speaking earlier this week, Sderot Mayor Alon Davidi said that the only way to avoid a repeat of this syndrome was for the IDF to once and for all go out on a major campaign and bring Hamas to its knees. “We are going to have to conduct a major operation if we want to end the terror,” he said. “An on and off war such as this one is not healthy for us, or for Israel.”

Also speaking out against another ceasefire was Tamir Idan, head of the Sdot Negev Regional Council, which has absorbed many of the rockets fired by Hamas in recent days. The ceasefire “is a serious mistake. We now face a ‘new normal’ that allows Hamas to decide when and where to attack and hold back. We need an immediate, sharp and unquestionable major action against Hamas that will end the terror right now, and allow residents of the Gaza border area to return to their normal lives.”