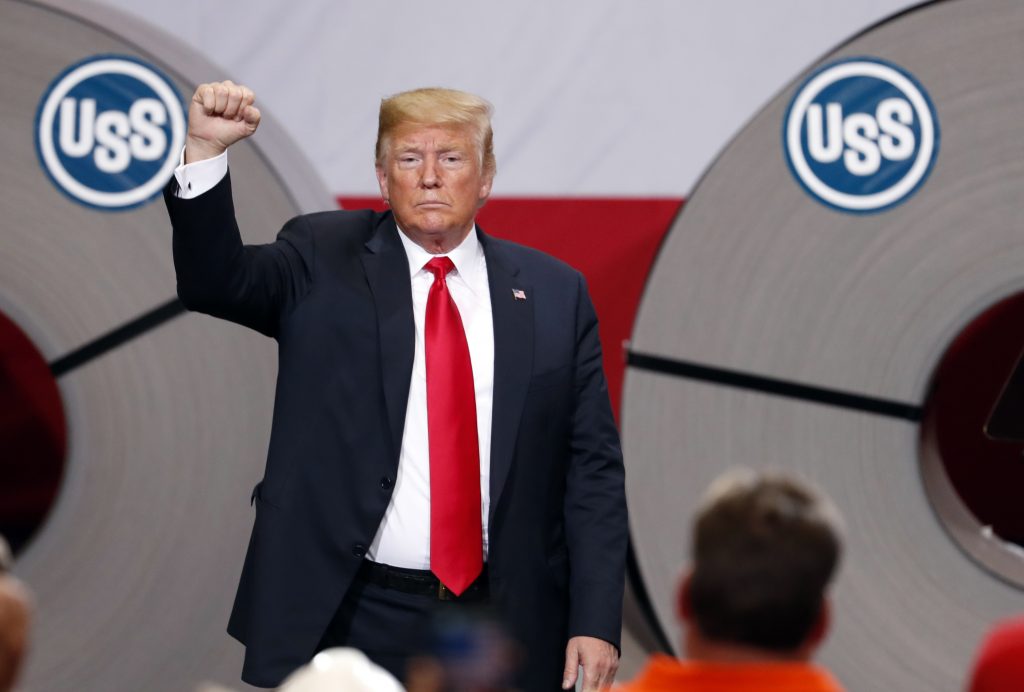 August marks one year since the Trump administration began its trade war with China. And yet, despite months of tit-for-tat with Beijing in the name of seeking freer trade, Americans are not experiencing an increased ability to buy from and sell to the Chinese.

In fact, the White House has harmed relations with its closest allies in the process, and the freedom of Americans to trade with countries such as Canada and Mexico, and with the European Union, has diminished.

The last 12 months have taught Americans one thing: Using tariffs as a negotiating tactic does not work.

In practice, the trade tactics employed by the Trump administration are more akin to using coercion to extract a confession. Even if you get the confession, you’ve ultimately harmed your cause.

For a year, the U.S. has attempted to strong-arm its trading partners by imposing tariffs. Meanwhile, the tariffs are increasing prices on products here at home. Domestic steel prices have spiked nearly 40 percent since the beginning of 2018, prices for aluminum are at a three-year high, and American taxpayers are funding a $12-billion aid package for farmers hurt by retaliation.

The effects of the existing tariffs will continue to grow unless the White House changes course.

Unfortunately, a starboard turn to free trade does not look to be on the horizon, despite what seemed like a more conciliatory attitude toward the EU just weeks ago. The Commerce Department is currently investigating automobile, truck and automobile-part imports, as well as uranium imports under Section 232. This is the same law President Donald Trump used to impose the steel and aluminum tariffs, which are causing price spikes for American manufacturers.

Trump and his trade team should take these six steps to move America in the right direction on trade, one that will benefit all Americans rather than just a select few.

— Establish a process for the Commerce and Treasury Departments to identify individuals and entities that are known to either steal American intellectual property or are using known stolen intellectual property. Treasury should use its existing authorities to sanction those individuals and entities, just as it would sanction others that violate U.S. laws.

— Re-establish formal dialogue between the U.S. and China that focuses on addressing American concerns with its trade practices, including the operation of state-owned enterprises and restrictions on foreign investment in China.

— Drop the steel and aluminum tariffs on U.S. allies, especially close security partners such as Canada, Mexico, the EU, Japan and Korea. Instead, the U.S. should work with these countries through the World Trade Organization to hold China and other countries accountable when trade laws and norms are violated.

— Abandon the remaining investigations under Section 232. The White House should listen to the domestic automobile industry, which overwhelmingly opposes any tariffs on cars, trucks or parts. Before imposing any tariffs under Section 232, the administration should ensure that all other laws and possible avenues have been pursued to resolve any perceived problems. Tariffs, especially under the guise of national security, should almost never be used.

— America should work to conclude the renegotiation of the North American Free Trade Agreement (NAFTA) and restore certainty in the North American market and its supply chains. During this process, U.S. negotiators should seek to lower any remaining tariff and non-tariff barriers between the three countries and resist the urge to make automotive rules of origin more difficult for American manufacturers.

— The Office of the United States Trade Representative should seek to negotiate new free-trade agreements with key economic partners, such as Japan and other Asian-Pacific countries, Switzerland, as well as the United Kingdom, when the country fully leaves the EU.

Free trade is a win-win scenario when countries come together to lower barriers. Trump’s goal of “zero tariffs, zero non-tariff barriers, and zero subsidies” is a noble one and is a mission that has driven decades of progress in advancing free trade. It is through constructive efforts with our allies to advance free trade, not through coercion, that we can truly reach this goal.