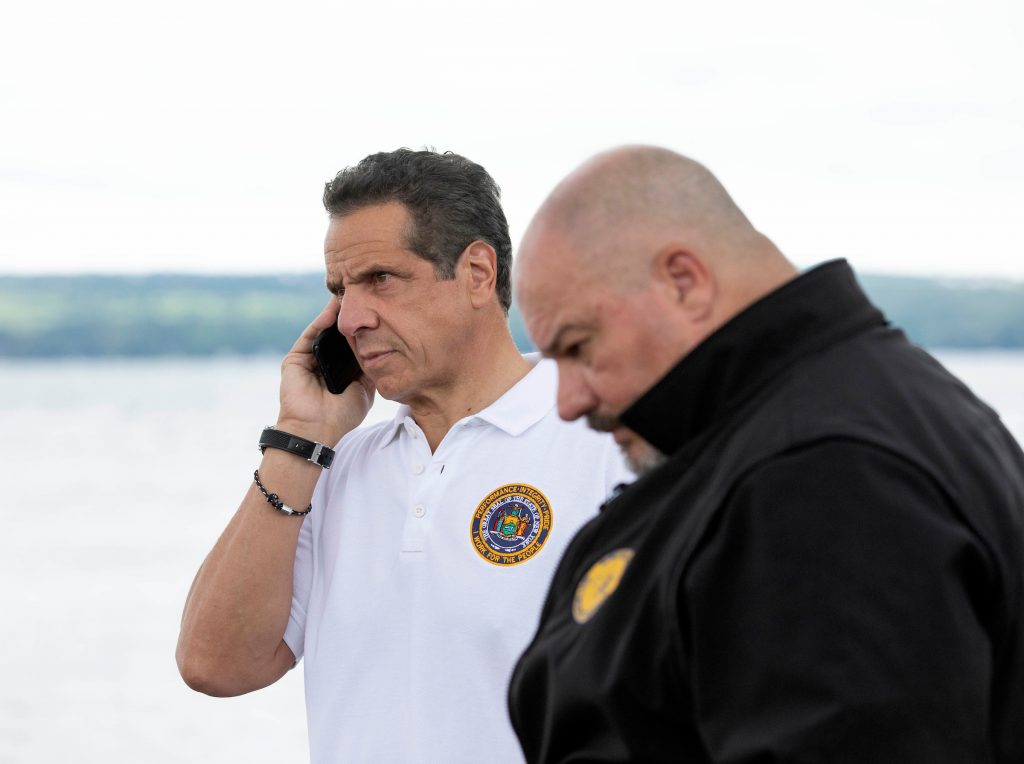 New York Gov. Andrew Cuomo’s political opponents on the right and left seized on his comment that America “was never that great,” with Republicans buying him a bus ticket to Canada and intra-party rival Cynthia Nixon accusing him of trying and failing to sound like a progressive.

The Democratic governor’s allies, meanwhile, rallied around Cuomo, saying his comment was merely an acknowledgement of the country’s history of racism, discrimination and inequality.

The remark was made Wednesday at a bill signing in Manhattan as the two-term governor was criticizing Republican President Donald Trump and his “Make America Great Again” slogan.

“We’re not going to make America great again — it was never that great,” said Cuomo, who is running for a third term this November. “We have not reached greatness. We will reach greatness when every American is fully engaged.”

Cuomo’s staff later said that Cuomo does in fact think America is great, but that he was arguing the country must look forward to greater equality, not backward to a time of less opportunity for many Americans.

The explanation did little to stanch the flow of enthusiastic outrage from his critics.

“No matter what the governor’s radical leftist advisers want him to say, America was, is, and always will be great,” said state Senate leader John Flanagan (R-Long Island).

The state Republican Party bought Cuomo a $55 one-way ticket to Montreal — valid only for travel on Friday. Late Wednesday night, Trump, himself, tweeted that Cuomo was having a “total meltdown!”

Cuomo’s spokesman declined to comment when asked whether the governor’s remarks were a part of the prepared speech or an addition.

Nixon, a liberal activist, said Cuomo’s remarks were an attempt to connect with his party’s liberal base — one that fell flat. Her campaign joked that Cuomo “makes America cringe again.”

“This is just another example of Andrew Cuomo trying to figure out what a progressive sounds like and missing by a mile,” she said.

Both candidates have fought hard to attract liberal voters, who are expected to play a pivotal role in next month’s primary. Polls give Cuomo a commanding lead.

Allies of the governor quickly moved to defend him — even as they avoided direct references to his comment.

“There are those who think ‘great again’ means going backward and trampling on workers’ rights,” tweeted state AFL-CIO President Mario Cilento. “We are with (Cuomo) who supports moving forward toward a better, brighter tomorrow.”

Cuomo abandoned his first run for governor in 2002 after being accused of politicizing the Sept. 11 attacks when he said then-Gov. George Pataki did not deserve to be called a leader when it came to response to the attack.

“He stood behind the leader. He held the leader’s coat,” Cuomo said of Pataki, referring to then-New York Mayor Rudy Giuliani as the leader.