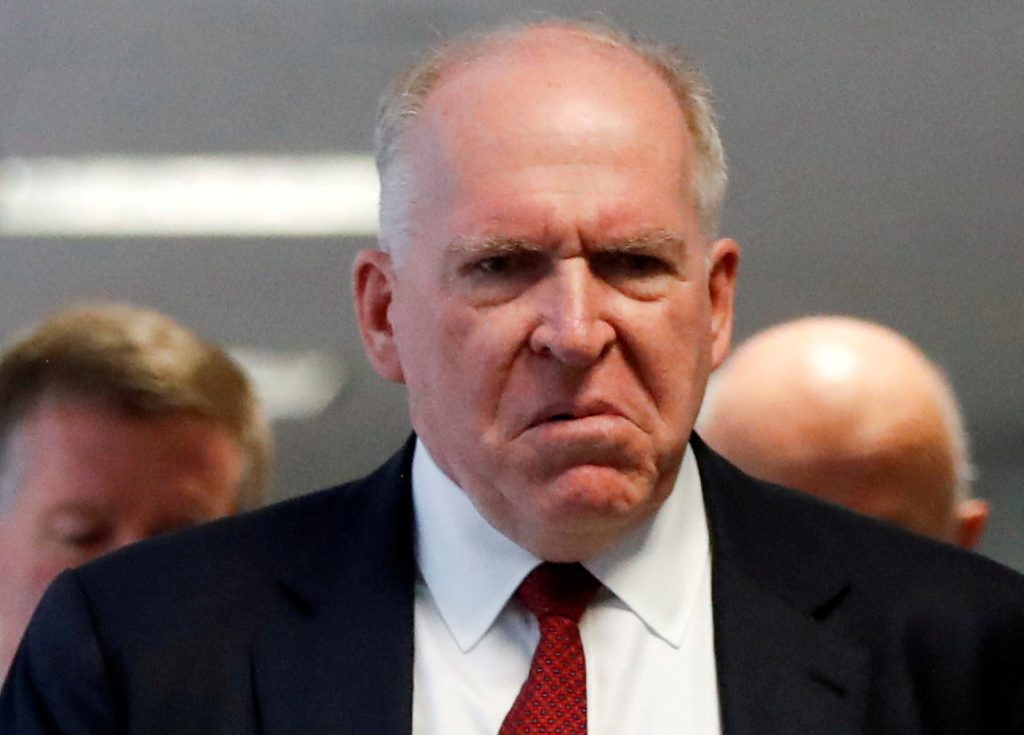 Former CIA Director John Brennan fired back at President Donald Trump on Thursday with an op-ed published in the New York Times one day after the president revoked the Obama-era official’s security clearance, saying he would not be scared into silence.

The president said in a statement on Wednesday that he was evaluating whether to strip clearances from other outspoken former top officials.

Trump said he revoked Brennan’s authorization for making what he called “a series of unfounded and outrageous allegations” about his administration and engaging in “frenzied commentary” that sought to “sow division and chaos.” Brennan has been a sharp critic of Trump.

In an interview with the Wall Street Journal, Trump directly connected his decision to the ongoing federal probe into alleged Russian interference in the 2016 election and allegedly collusion by his presidential campaign.

“I call it the rigged witch hunt, (it) is a sham,” Trump told the newspaper on Wednesday. “And these people led it.”

“It’s something that had to be done,” Trump added.

The president has denied any collusion and Russia said it did not interfere.

“The only questions that remain are whether the collusion that took place constituted criminally liable conspiracy, whether obstruction of justice occurred to cover up any collusion or conspiracy, and how many members of ‘Trump Incorporated’ attempted to defraud the government by laundering and concealing the movement of money into their pockets,” he wrote in the Times.

Trump’s move showed he “clearly has become more desperate to protect himself and those close to him, which is why he made the politically motivated decision to revoke my security clearance in an attempt to scare into silence others who might dare to challenge him,” Brennan said.

Brennan is not facing any formal charges of violating any regulations or laws. He has frequently criticized the president on news shows and sent blistering tweets criticizing Trump and his foreign policy positions.

The president on Wednesday cited Brennan’s “wild outbursts” about his administration.

Bruce Ohr, a Justice Department official currently in the criminal division, was also on the White House list.

Special Counsel Robert Mueller, who is leading the probe, has indicted or secured guilty pleas from 32 people and three companies, including Russian intelligence officials and former Trump aides.