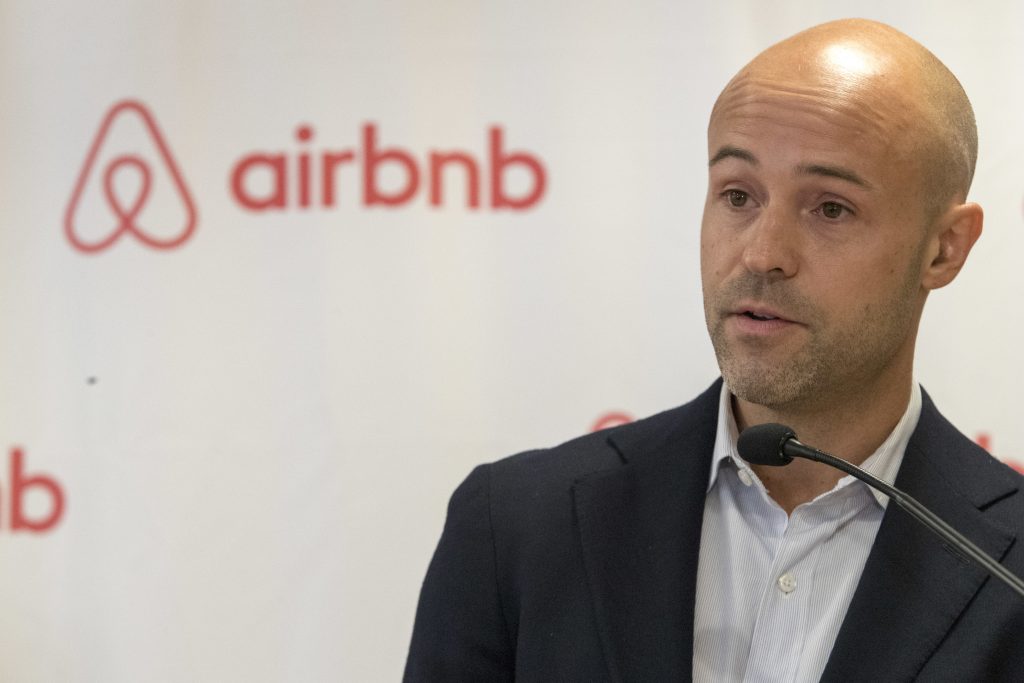 Airbnb faces tightening regulations in New York City that could take a big bite out of its profits, and on Wednesday the short-term rental company offered a counter-measure designed to appease hostile politicians: a $10 million contribution to charities.

At a Manhattan news conference, officials of the San Francisco-based company said the money is just a taste of what New York’s city and state governments could reap to benefit New Yorkers struggling with rising rents, homelessness, health care and education if some restrictions were loosened while imposing hotel-style taxes. Most legal rentals for fewer than 30 days now require the owner’s presence.

Last week, Mayor Bill de Blasio signed a bill that requires Airbnb to reveal the names and addresses of hosts, as well as whether they’re renting out a room or a whole apartment, allowing the city to crack down on illegal listings and impose fines. Critics say such listings are pushing up rents for New Yorkers by diminishing the number of available properties.

Josh Meltzer, the company’s head of public policy for the Northeast region, said taxes from Airbnb rentals would top an estimated $100 million a year and could be used to bolster such organizations.

“These are all organizations that typically receive tax money from government, so these are the types of programs that could be funded with upwards of $100 million per year,” Meltzer said.

The New York City Council voted last month to pass the legislation signed by de Blasio to go into effect in February 2019.

Airbnb has accused council members of being biased because they’ve received campaign contributions from the hotel industry competing for clients in one of the world’s largest Airbnb markets.

The New York State Assembly and Senate have yet to vote on legislation affecting the city that would allow short-term rentals not requiring the owner’s presence.

Asked when names and addresses of hosts would be released, Meltzer said, “We have six months to figure this out.”