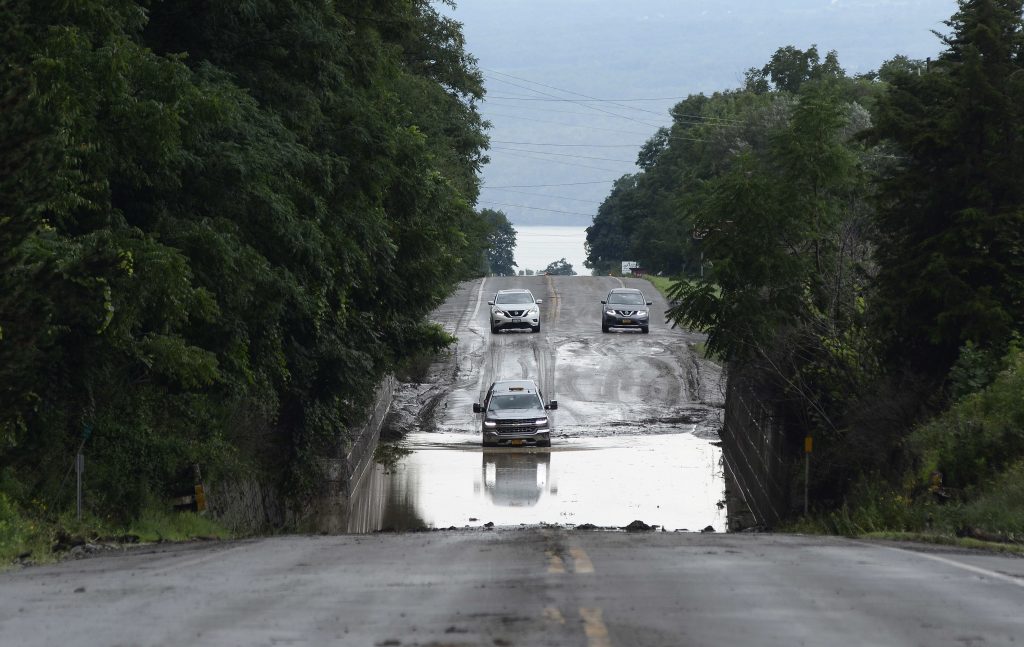 Tuesday’s pre-dawn downpours caused flash flooding that uprooted trees, inundated homes and swept away vehicles, boats and campers in towns between Seneca and Cayuga lakes, where the National Weather Service says some areas received 6 inches or more of rain during the heaviest deluges.

There were no reports of fatalities or injuries.

“We haven’t seen anything like this in this area that I can recall,” said Brandi Godley, the 911 operations manager for Seneca County. “Most people are still in shock.”

Godley said local emergency management officials and public works crews were out checking damage to roads and bridges Wednesday, a little more than 24 hours after torrents of water swept down the sloping hillsides ringing the lakes, known for their scenery and numerous wineries and vineyards.

Campers, vehicles, boats, trees and other debris were carried away and wound up clogging the shoreline in the town of Lodi, on Seneca Lake’s southeast shore.

“Our home was gone. Our boat is gone. The new car that we bought last week is gone,” Karen Mott told WHEC in Rochester. “But we had our truck, we had each other and we had our dogs. This is really something. I wouldn’t wish this on my worst enemy.”

A state of emergency declared by Gov. Andrew Cuomo remains in effect until Aug. 21 in Seneca and more than a dozen other counties. The Democrat issued the declaration Tuesday after touring areas of Seneca and Broome counties where the damage was the most severe.

Cuomo ordered the New York National Guard to help with recovery efforts by providing personnel and equipment to local emergency response agencies dealing with roads that were washed out or blocked by huge piles of debris.