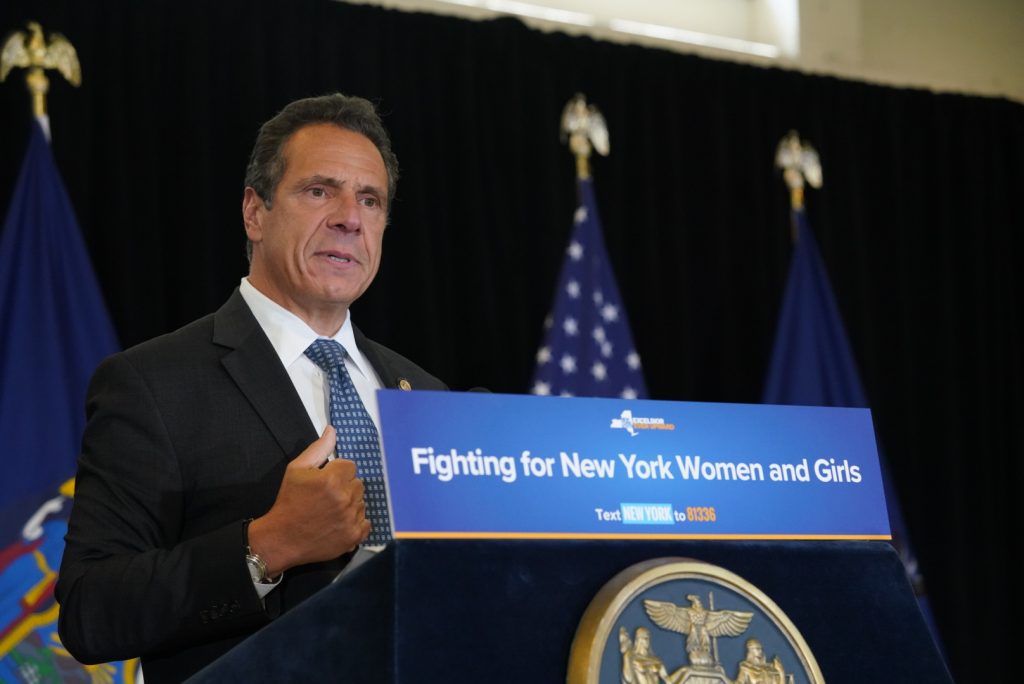 Cuomo, who is considered a potential White House contender in 2020, made the remarks at a bill-signing event in Manhattan. He said Trump wants to return to a period of greater racism, gender inequality and intolerance toward immigrants. He said New York would strive to be a liberal alternative where people of all backgrounds are welcome.

“We’re not going to make America great again — it was never that great” said Cuomo, who is running for a third term this November. “We have not reached greatness. We will reach greatness when every American is fully engaged.”

The crowd at the event reacted with surprised gasps and laughter to the comments.

“America, with its imperfections, has always been great,” said Marc Molinaro, the Dutchess County executive who faces Cuomo in this year’s election. “Mr. Cuomo owes the nation an apology. He should be ashamed of himself.”

Brian Kolb, the minority leader of the state Assembly, tweeted that Cuomo’s remark was “inexcusable & reprehensible.”

The war of words between Cuomo and Trump, a native New Yorker, escalated in recent days when Trump, on a visit to upstate New York, said Cuomo had called him and promised not to challenge Trump in 2020. Cuomo denied the president’s account.

“President Trump … says make America great again – which obviously means he doesn’t think it is great now,” said Lever.  “Governor Cuomo disagrees with the President. The Governor believes America is great and that her full greatness will be fully realized when every man, woman, and child has full equality. America has not yet reached its maximum potential.”

“When the President speaks about making America great again – going back in time – he ignores the pain so many endured and that we suffered,” from slavery, segregation and other forms of inequality, said Lever. “The Governor believes that when everyone is fully included and everyone is contributing to their maximum potential, that is when America will achieve maximum greatness.”