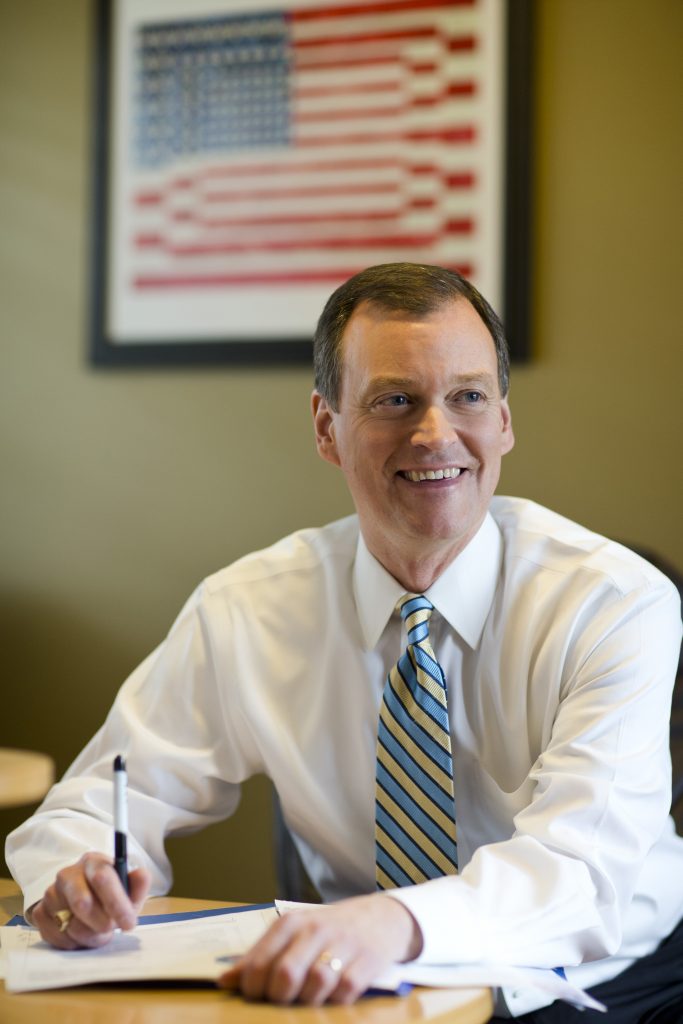 Five of the six U.S. Senate nominees in the battleground states of Minnesota and Wisconsin will be women following primaries Tuesday in four states that highlighted the expanding presence of female candidates in this year’s battle for control of Congress.

State Sen. Leah Vukmir will be one of them. She won Wisconsin’s Republican U.S. Senate primary after a campaign that pitted two of the nation’s top GOP donors against each other in a divisive and costly battle that Democrats hope will bolster their prospects of holding the seat in November’s general election. She’ll face incumbent Democrat Tammy Baldwin in a state that Donald Trump won by less than one percentage point.

In a potentially positive sign for Democrats, their voters turned out in significantly larger numbers in both Minnesota and Wisconsin. Primaries were also held Tuesday in Connecticut and Vermont as the nomination season enters its final month and just 10 states remain to pick their candidates for the general election.

As has been the case in other contests this year, Trump’s shadow loomed over Tuesday’s balloting in the Republican primaries.

In neighboring Minnesota, Hennepin County commissioner Jeff Johnson beat former Gov. Tim Pawlenty in the Republican primary to replace outgoing Democratic Gov. Mark Dayton. Both candidates harshly criticized candidate Trump in 2016, but once he was in the White House they expressed support for his policies.

Pawlenty had resigned a $2.6-million-year position earlier this year as head of the Washington-based Financial Services Roundtable, a group that lobbies for U.S. banks and insurance, asset management and credit card companies, to run for his old job.

Johnson will face Democratic Rep. Tim Walz in a race that the non-partisan Cook Political Report rates as a tossup. The state leans Democratic, and Hillary Clinton carried it by 1.5 percentage points over Trump in 2016.

In Wisconsin, Vukmir beat businessman and Marine Corps veteran Kevin Nicholson, a business consultant, who sought to use Vukmir’s political experience against her while selling himself as a Trump-like outsider. Nicholson, a one-time Democrat, pointed to Vukmir’s statements that Trump is offensive, which were caught on video during the 2016 presidential primaries.

Vukmir and Nicholson fought over who was more closely aligned with the president — a position that may be less helpful in the general election. Vukmir, a longtime ally of Gov. Scott Walker, had the backing of top Republicans in the state, including House Speaker Paul Ryan.

Roofing supply billionaire Diane Hendricks backed Vukmir and Dick Uihlein, an Illinois resident who owns a Wisconsin shipping and packaging materials company, had supported Nicholson. Outside groups, including those heavily backed by the two mega donors, spent at least $17.8 million before the primary.

In Wisconsin’s Democratic primary for governor, state education superintendent Tony Evers won a contest that had 10 candidates on the ballot seeking to prevent Walker from winning a third term. Walker easily won re-nomination, but his approval rating was 47 percent in a recent state poll and he’s repeatedly warned his supporters of a possible “blue wave” this year.

Walker, who lost out to Trump in a bid for the 2016 Republican presidential nomination, had been put in the awkward spot just before the primary of answering questions about Trump’s promotion of a boycott of a Wisconsin-based Harley-Davidson Inc.

The iconic American motorcycle manufacturer has said tariffs enacted by the European Union in response to Trump’s penalties on imported steel and aluminum would add as much as $100 million a year to its costs. The company said that means it must shift production outside the U.S. for EU customers, prompting Trump to lash out.

Walker has avoided directly criticizing the president for blasting one of his state’s top companies and instead expressed his support for free trade.

In the contest to fill the southeastern Wisconsin seat being left open by Ryan’s retirement, Republican Bryan Steil, a lawyer and former Ryan aide, will face Randy Bryce, an iron worker and Army veteran who has gained a national following. Bryce has raised $6.3 million, but as a Democrat he’s got an uphill climb in a district Ryan routinely won easily and Trump carried by 10 percentage points in 2016.

Tuesday’s primaries narrowed the field in numerous competitive districts that will help determine whether Democrats can flip at least 23 Republican-held seats to win a majority in the House. They’ll have a tougher time gaining control of the Senate, where Democrats have 26 seats to defend, compared with just eight for the GOP.

Minnesota will play a key role in the fight for control of the House. Four of the state’s eight districts are rated as tossups by the Cook Political Report. Only California, which is seven times as populous, has that many.

Angie Craig, a former health-care executive, won the Democratic-Farmer-Labor Party’s nomination to challenge Lewis in the 2nd District, and wealthy businessman Dean Phillips won the party’s nod to take on Paulsen in the 3rd District.

In southeastern Minnesota’s 1st District, Dan Feehan, an Army veteran and Defense Department official in the Obama administration, won the Democratic nomination for a seat now held by Walz. Republican voters selected Jim Hagedorn, a former Treasury Department official who came within one percentage point of unseating Walz in 2016.

Sanders, a two-term independent who caucuses with Democrats, easily won the Democratic nomination in Vermont. The 2016 presidential candidate will face a Republican in a race that hadn’t yet been called in a state that Trump lost by 26 percentage points.

There were 28 female candidates running in Democratic or Republican congressional primaries on Tuesday, and half of them advanced to the November general election.

Democrats in Minnesota nominated Ilhan Omar, who would be one of the first Muslim women in Congress if she wins in November. In Connecticut, Democrat Jahana Hayes is making a bid to become the first black woman to represent the state in Congress.