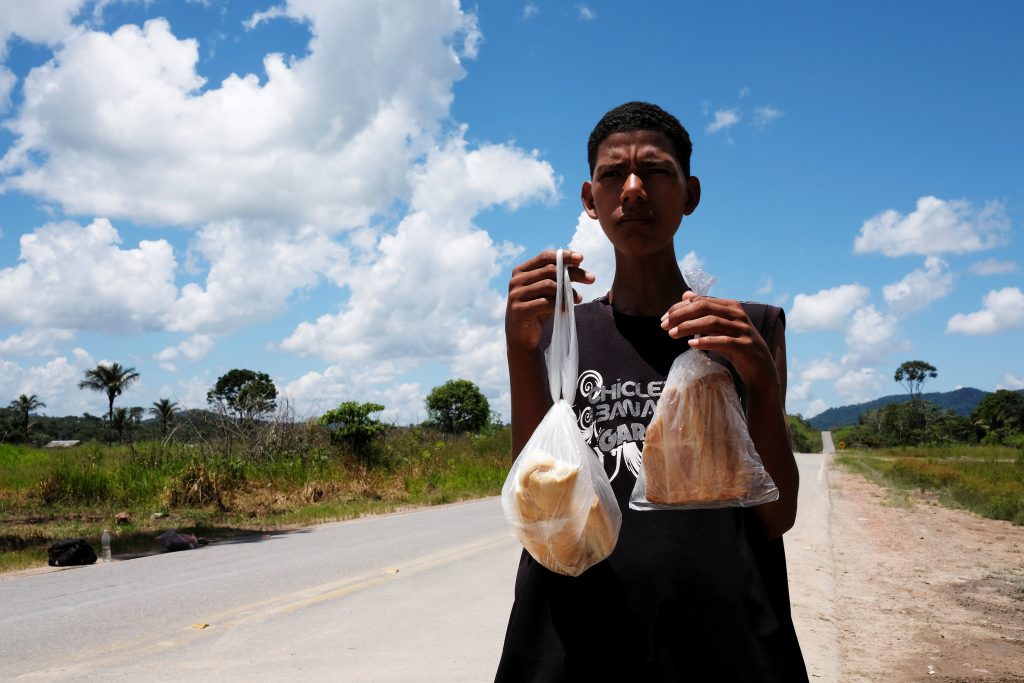 An estimated 2.3 million Venezuelans have fled the crisis-wracked country as of June, mainly to Colombia, Ecuador, Peru and Brazil, the United Nations said Tuesday.

U.N. spokesman Stephane Dujarric told reporters that those fleeing — about 7 percent of Venezuela’s 32.8 million people — cite lack of food as the main reason for leaving. U.N. humanitarian officials report that 1.3 million of those who fled were “suffering from malnourishment,” he said.

Oil-rich Venezuela has been sinking deeper into an economic and political crisis. Hyperinflation and widespread shortages of food and medicine are battering the country, and the International Monetary Fund projects that inflation could top 1-million percent by year’s end.

Socialist President Nicolas Maduro often blames Venezuela’s poor economy on what he claims is an economic war being waged by the United States and Europe. Despite widespread discontent over the country’s economic and political problems, he won a second six-year term as president in a May election that his leading challenger and many nations have not recognized as legitimate.

Dujarric said that severe shortages of basic medicines and medical supplies in Venezuela “have led to a sharp deterioration of the quality of hospitals.” Formerly eradicated diseases including measles, malaria, tuberculosis and diphtheria “are present and on the rise,” he added.

As a result of the dire economic and health-care situation, rising numbers of Venezuelans are joining in an exodus that has set off alarms across Latin America.

According to a report cited by the International Organization for Migration in April, population outflows from Venezuela “considerably increased” in recent years, with an estimated 1.6 million Venezuelans abroad in 2017 compared with 700,000 in 2015.

The exodus has been more dramatic this year.

Last week, Ecuador declared a state of emergency in three of its provinces in an effort to cope with the growing influx of migrants from Venezuela. The Foreign Ministry said that up to 4,000 Venezuelans are seeking entry into Ecuador each day.