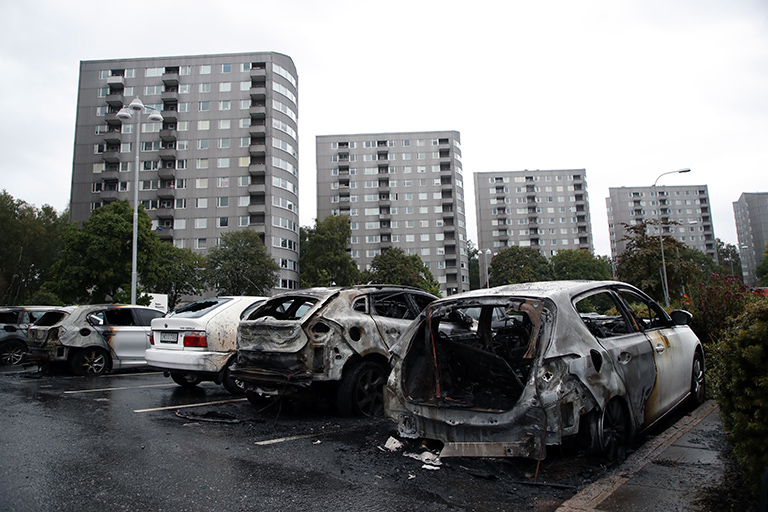 Masked youths torched dozens of cars overnight in Sweden and threw rocks at police, prompting an angry response from the prime minister, who denounced an “extremely organized” night of vandalism.

In Trollhattan, northeast of Gothenburg, where at least six cars were burned, rocks were also thrown at police and roads were blocked. Gothenburg is 250 miles southwest of Stockholm.

Lippens said that because the fires started within a short period of time, “we cannot exclude that there is a connection between the blazes.”

Sweden’s news agency TT said witnesses had seen “masked youngsters” running away. No arrests have been made.

Lippens said several youths that police met at the scene have been identified.

Swedish Prime Minister Stefan Lofven lashed out at the perpetrators, asking them: “What [in the world] are you doing?”

In an interview on Swedish radio, he said he was “really getting mad” and that “society must react in a tough manner.” He said the fires seemed to be “extremely organized.”

No injuries have been reported. However, the fires occupy police and rescue officials and frighten residents.

“You damage residential areas and ruin it for your neighbors,” Lofven said.

“I am speechless. This so terrible, it’s destructive and it’s pure evil,” Jonas Ransgaard, a member of the Gothenburg City council, told local daily Göteborgs-Posten.