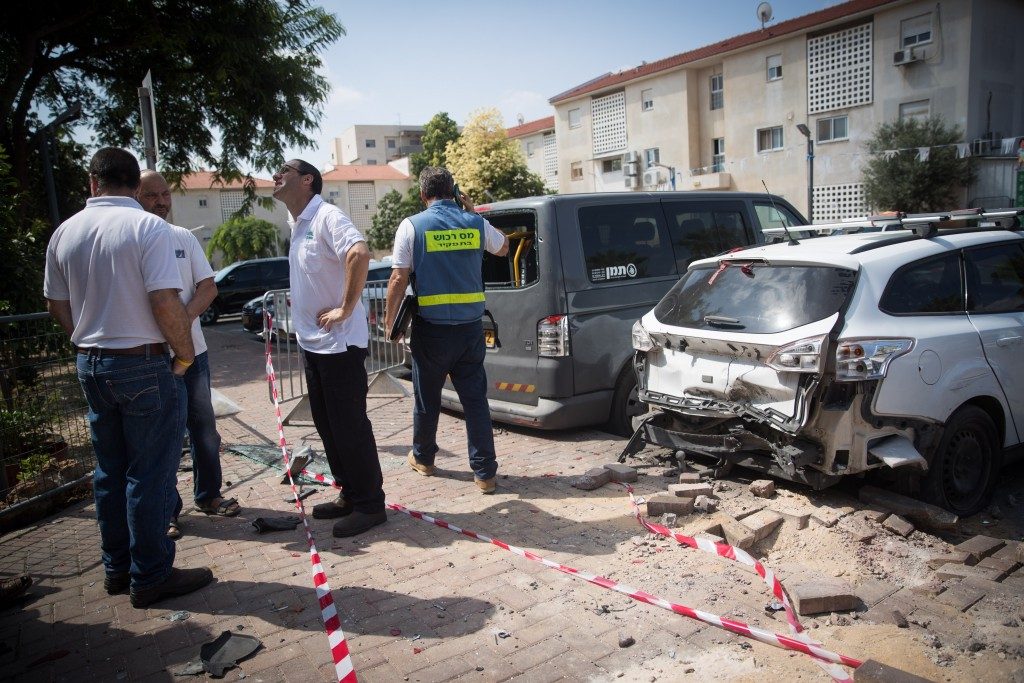 Hundreds of residents of southern Israel visited “the state of Tel Aviv” on Motzoei Shabbos to deliver a simple message: “We’re tired of being treated like second-class citizens.”

To be fair, the government is not doing nothing about the terror from Gaza. It is exercising caution before sending in ground forces that could, chalilah, result in the loss of 70, 80 or more lives, making sure that there is no alternative and that the end result will justify the unbearable cost. It would be irresponsible to send in troops, suffer casualties and then end up with a ceasefire that is more or less what the government can get without going to war.

Responsible national leaders must think many steps ahead. If the IDF does succeed in toppling Hamas, as mayors in towns like Sderot, near the border, are demanding, who will run Gaza? Does Israel have an interest in assuming the cost of feeding some two million Gazans, and providing them with basic needs like health, education, electricity, water and all the rest?

On the other hand, if the government brings PA chairman Mahmoud Abbas in to run things, it faces the prospect of massive pressure from the international community to make serious territorial concessions. Until now, Israel has been able to argue that the two-state solution is a non-starter as long as the Palestinians themselves can’t unite under one leadership. But with Abbas in charge of both Yehudah and Shomron and Gaza, that argument falls away and the Netanyahu government will find itself pushed into a corner.

Nonetheless, the government hasn’t done nearly enough to acknowledge the plight of the residents of the south, who have endured terrible stress while the rest of the country has enjoyed a summer vacation. Since the latest round of terror attacks began in March, there have been hundreds of rocket attacks, as well as fires set by incendiary kites and balloons that destroyed more than 7,000 acres of land. One of the balloons landed right outside the dining room of Kibbutz Sufa last week, prompting a rushed escape to bomb shelters.

More than 70,000 people have lived in a state of high anxiety, always needing to know the location of the nearest bomb shelters, and the whereabouts of their children and other family members. One rocket landed in Be’er Sheva last week, 25 miles from the Gaza Strip.

There have been periods when the Home Front Command didn’t allow groups to meet in public, to hold a wedding in a simchah hall or to run summer camps.

There have been physical injuries and, much more common, emotional trauma, as families have had to spend nights in bomb shelters.

And there have been economic losses, as residents from the rest of Israel cancelled vacations to the area and factories whose workers were forced to stay home couldn’t deliver on their orders.

The residents of the south have borne an unfair burden for years, and they deserve better than to be ignored. They deserve to have their compensation claims, whether for economic losses or for trauma, processed immediately, with a minimum of bureaucracy.

But most of all, they deserve the chance to live in peace, no less than the residents of Tel Aviv, who would never be forced to endure months and years of terrorism. It is understood that had, chalilah, Tel Aviv been subjected to Hamas rockets or incendiary kites and balloons, the response would have been immediate and decisive.

To his credit, Prime Minister Binyamin Netanyahu said this week that Israel’s demand is “clear — a complete ceasefire. We will not suffice with less than this.” That includes incendiary kites and balloons and rioting at the Gaza border.

But it must also include the return of the bodies of IDF soldiers Hadar Goldin and Oron Shaul, Hy”d. Their families deserve a grave in Israel for their loved ones who made the ultimate sacrifice for the security of the state.

There is a feeling that Hamas has gained the upper hand in the past several months of terror. Whenever a ceasefire appeared to be at hand, it chose to step up rocket fire, as if it had nothing to lose. Last Wednesday night, when over 100 rockets fell, Agriculture Minister Uri Ariel correctly observed that “once again we are subjected to missile attacks, with citizens running to bomb shelters. Once again Hamas is in charge.”

In reality, Hamas is not in charge. It is an economic basket case that needs Israel to ease sanctions, open up borders and pressure PA chairman Mahmoud Abbas to release funds. The only way to achieve the “complete ceasefire” the prime minister is demanding is to convince Hamas that it has a great deal to lose if it fires on Israel.