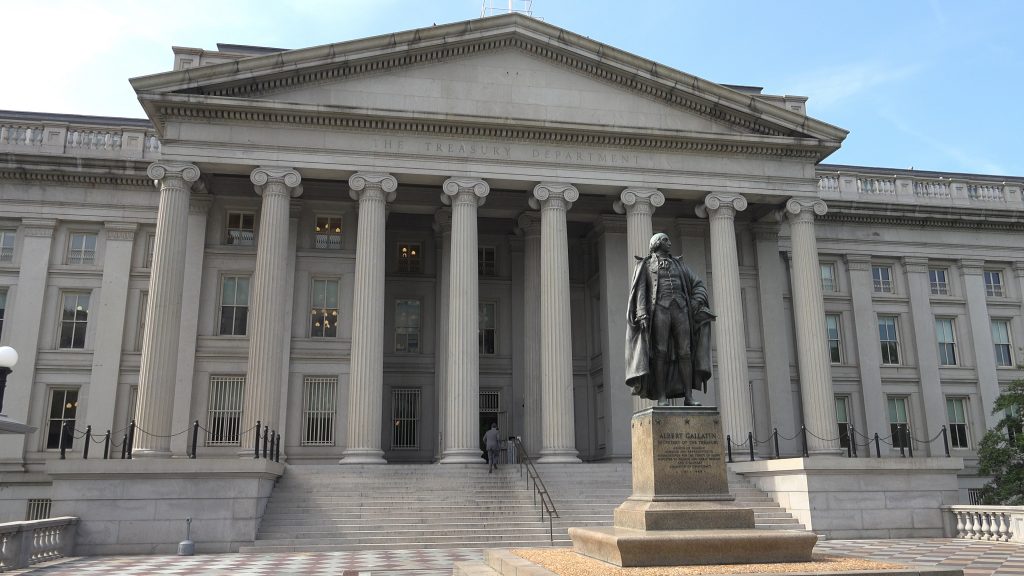 Orthodox advocacy organizations have joined a broad base of religious and other nonprofit organizations in lobbying for the repeal of a little-noticed clause of Congress’ 2017 tax overhaul that could make houses of worship, private schools and other institutions liable to pay taxes on some employee benefits.

While several legislative solutions have been proposed, the practical effects of the change are still largely unknown, as the Treasury Department has yet to issue guidance as to how the clause is to be applied.

Most controversial is that, if applied at face value, the law would require shuls and other houses of worship to file tax returns for the first time in recent American history.

“More important than whatever the dollar amount would be is the fact that for the first time ever a line is being crossed that threatens the tax-exempt status of shuls, churches, and the like,” said the Orthodox Union’s (OU) Advocacy Center’s Executive Director, Nathan Diament, to Hamodia.

In addition to lobbying for legislative changes, the OU has sent a letter to Treasury Secretary Steven Mnuchin urging his department to delay implementation until a bill can be passed repealing what it labeled a “troublesome provision.” Theirs was one of many letters sent by religious groups and representatives of the nonprofit community urging the department to either hold off on implementation or to provide guidelines as to ways the law’s impact on organizations would be minimized.

Mr. Diament said that one meeting had been held with Treasury Department officials to discuss the subject and that another was planned in the coming weeks.

Rabbi Abba Cohen, Vice President for Federal Affairs for Agudath Israel of America, said that one of the most surprising aspects of the tax change was that, more than eight months after the passage of the Tax Cuts and Jobs Act, the clause in question comes as a surprise not only to the nonprofit community but to most on Capitol Hill as well.

“It seems that it was added intentionally, but it’s unknown to the vast majority of the House and Senate; one of the amazing things is that with all the scrutiny the tax bill got from the nonprofit community, this stayed so far below anyone’s radar until recently,” he told Hamodia.

The provision makes organizations liable to pay a 21 percent tax on fringe benefits provided to employees, such as meals and use of athletic facilities. It also specifically mentions subsidies for transportation and parking. The unqualified inclusion of nonprofit entities makes schools and — most controversially — houses of worship liable to the tax.

The clause has raised a universal hue and cry from religious groups across the spectrum, who fear that the administrative costs of shuls, churches, mosques and the like having to file tax returns might exceed the taxes they would owe on employee benefits.

“We are trying to survey the community to see the extent to which it would be impacted,” said Rabbi Cohen. “I’m not sure how many of our shuls and mosdos offer these benefits and how much they would be liable to pay, but it will certainly be an additional burden, and we are making our opposition known.”

Mr. Diament said that he expected the financial burden to be felt more heavily by schools than shuls, especially if taxation of parking is interpreted in a strict manner.

“For some schools, it could add up to tens of thousands of dollars,” he said. Yet Mr. Diament stressed that the greatest threat posed by the law as it is presently written is the unprecedented requirement that houses of worship file tax returns, something he said was not only objectionable due to the administrative costs but was a dangerous move that opened shuls and others to new levels of financial scrutiny by the IRS.

Reacting to the poor public impression created by slapping churches with taxes, Democrats and Republicans in the Senate and House of Representatives have introduced separate bills that would repeal these clauses from the massive tax overhaul. Differences between the bills are relatively minor, but because some Democrats have used the issue as their latest means of lambasting the tax bill — which was universally opposed by their party’s members — some fear that political posturing could complicate a legislative fix.

Nevertheless, both Rabbi Cohen and Mr. Diament expressed optimism that bipartisan support for a repeal would be rallied before the end of the year. While some advocates from the nonprofit community have indicated that positive guidance from the Treasury to limit impact would be sufficient, they both said that it is highly preferable for Congress to officially strike the clause from the books.

It is unclear whether the bill’s authors intended for houses of worship and other small organizations to be impacted by the provision. The target was most likely large businesses, especially in the technology sector, who offer many expensive fringe benefits to employees. In an effort to simplify the tax code and make up for lost revenue from the many tax cuts included in the law, nonprofits were included in the clause.

“I don’t know what their [tax writers’] intentions were, but there are those who would like to add tax burdens to religious institutions, and if this is a first step in accomplishing that goal, then it is indeed a very ominous development and has to be fought,” said Rabbi Cohen.