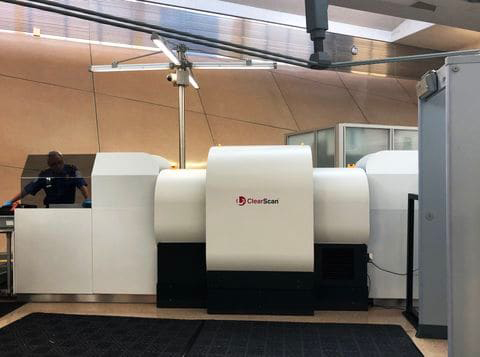 For what feels like eons, Transportation Security Administration officers have been reminding travelers to remove all electronics and liquids from their carry-on bags and place them in a tray. At more than a dozen airports, however, passengers are hearing a new refrain: Keep your items in your luggage.

This summer, the agency is ramping up its pilot test of new CT scanners (in longhand, computed tomography checkpoint scanners). Fifteen airports throughout the country will employ the new technology. Phoenix Sky Harbor International Airport was the first facility to receive the advanced screening innovation, in 2017, followed by Boston Logan and New York’s JFK.

The 3D imaging equipment resembles a hospital CT scanner, with bags replacing bodies. The technology uses an X-ray camera to shoot hundreds of images, thereby assembling a fuller view of the objects tucked inside carry-ons. TSA officials can rotate the items on three axes, a vast improvement from the current scanners, which provide only 2D images. By improving detection, TSA hopes to reduce the number of secondary bag inspections and speed up the security process, a triple bonus for travelers.

“This is the same technology as checked bags,” said Lisa Farbstein, a TSA spokesperson. “This can really detect explosives.”

The agency will integrate the 3D scanners into regular security lines. To participate in the test, head for the lane with the giant white machine that resembles a sci-fi-film prop. Then, fight the urge to remove your electronics and liquids, and walk on through.

Despite the change of one rule, several others remain, including the size restriction on liquids (remember your 3-1-1). You must also remove your coat and shoes, unless you are part of a trusted traveler program such as PreCheck.