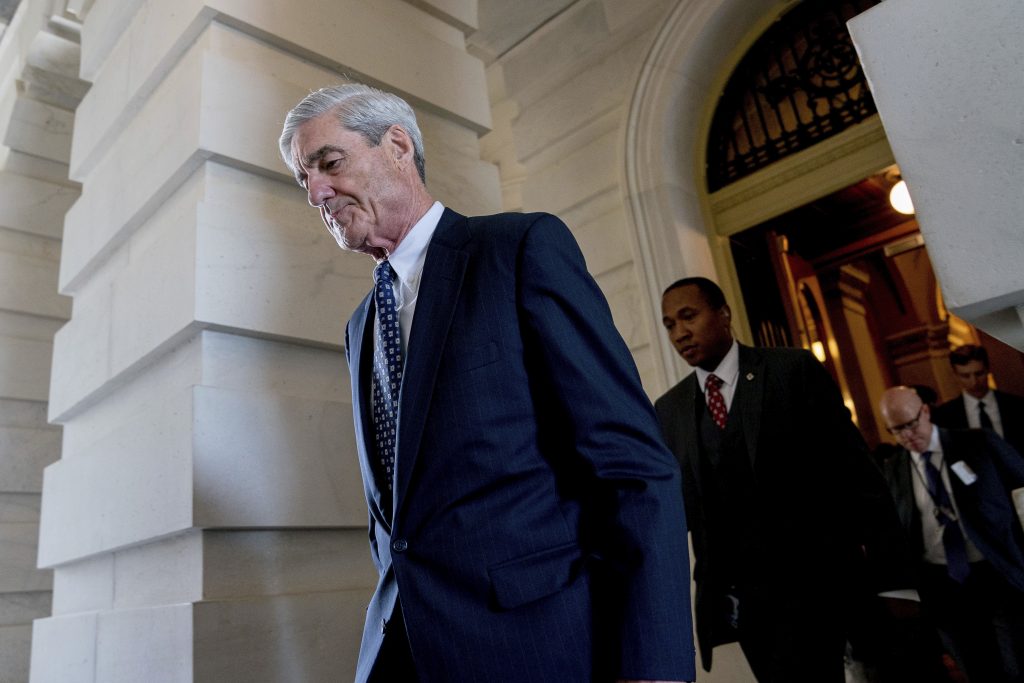 A federal judge upheld the constitutionality of special counsel Robert Mueller’s appointment on Monday, finding Acting Attorney General Rod Rosenstein lawfully named Mueller in May 2017 in a challenge to an indictment brought by a Russian firm accused of funding an Internet trolling operation targeting U.S. voters.

U.S. District Judge Dabney Friedrich, a 2017 appointee of President Donald Trump to the District of Columbia, was the latest trial-level judge – including ones appointed by Republican and Democratic presidents – to cast doubt on arguments advanced by conservative legal thinkers led by Northwestern law professor Steven Calabresi about the validity of Mueller’s appointment.

Some advocates have said they are seeking to get an appeal before the U.S. Supreme Court. Calabresi is a founder and current chairman of the Federalist Society.

Friedrich became the second federal judge to find that higher court precedents “make clear that the Acting Attorney General has the necessary statutory authority” to name a special counsel under the Appointments Clause of the U.S. Constitution.

Attorneys for Concord Management and Consulting argued in the case that the Appointments Clause requires the special counsel either be a “principal officer” nominated by the president and confirmed by the Senate, or be put in place only after Congress passes a law specifically allowing the deputy attorney general to confer the attorney general’s prosecutorial authority on an “inferior officer.”

Concord has pleaded not guilty to charges it conspired to obstruct the 2016 U.S. election by funding a coordinated fake social media propaganda campaign run by the Internet Research Agency of St. Petersburg that pushed voters toward then-Republican candidate Donald Trump and away from Democratic rival Hillary Clinton.

Friedrich ruled in a 41-page opinion the special counsel is in fact an inferior officer subject to the direction and supervision of acting attorney general, who may rescind or revise the rules governing its work and who “moreover, . . . has the power to remove the Special Counsel at will.”

“Congress vested the Acting Attorney General with the power to appoint the Special Counsel,” Friedrich added, saying past rulings by the U.S. Supreme Court and D.C. Circuit have made clear that authority “even though no statute explicitly authorizes” it.

Friedrich’s ruling tracked a July 31 decision by Chief U.S. District Judge Beryl A. Howell of the District, who rejected a similar challenge by a witness seeking to quash a subpoena to appear before a grand jury working with Mueller’s probe.

A third judge, 1987 Reagan appointee U.S. District Judge T.S. Ellis III of Alexandria, Virginia, who is overseeing the tax and bank fraud trial of Paul Manafort, former Trump presidential campaign chairman, was not asked to rule directly on the constitutional question, but noted in a separate opinion in Manafort’s case that “such an objection would likely fail.”

The judge in Manafort’s prosecution in the District, 2011 Obama appointee Amy Berman Jackson, also dismissed defense motions to find Mueller’s appointment in conflict with the Justice Department’s special counsel regulations or that he exceeded his authority.

The defense team for Miller, a former aide to longtime Trump confidant Roger Stone, acknowledged they were prompted to step into the case after Calabresi wrote a series of articles outlining his views and planned Monday to appeal the issue to D.C. Circuit. Howell formally found Miller in contempt on Friday, after he refused to appear to grand jurors.

“None of these questions are easy. That’s why we think it’s headed to the Supreme Court,” Miller attorney Paul Kamenar said.