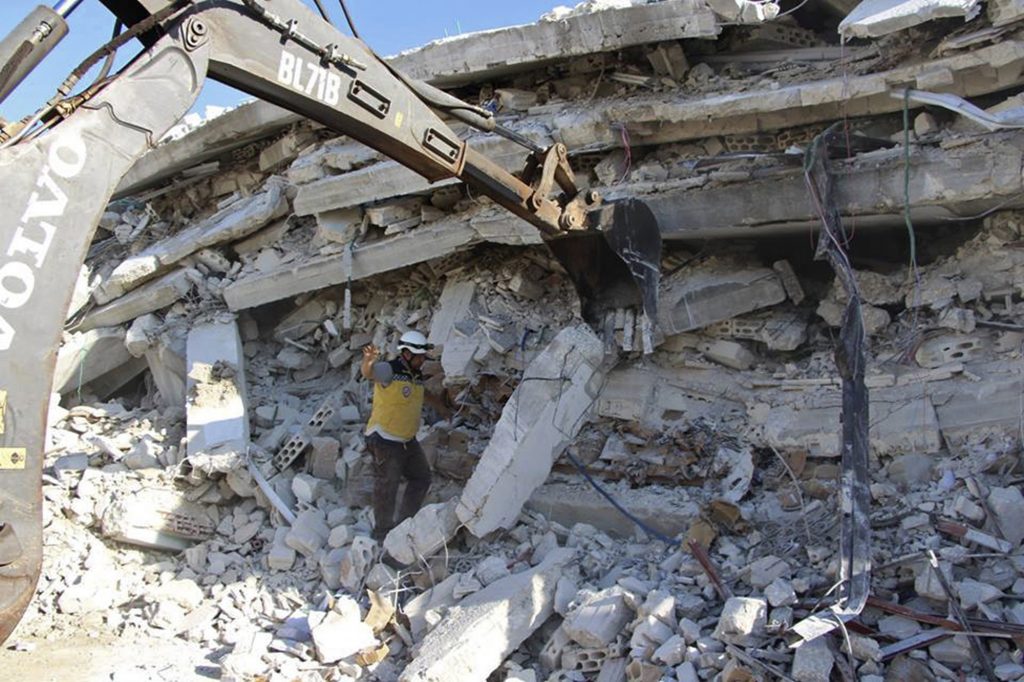 An explosion in a residential building thought to be storing weapons and ammunition in Syria’s rebel-held Idlib killed at least 39 people including 12 children on Sunday, a war monitor said.

The explosion happened in the town of Sarmada, which is near the Turkish border and north of the provincial capital Idlib city, the Syrian Observatory for Human Rights said.

Syrian civilians, displaced during the country’s seven-year long war, were living in the building which was also used by an arms dealer, the Observatory said.

The Syrian White Helmets, a group of rescue workers established in rebel-held areas of the country, said on Twitter that 36 people were dead and dozens were wounded in the explosion, and that so far, 10 people had been pulled alive from the rubble after the dawn explosion.

They said the cause of the blast, which brought down the whole multi-story building block, was unknown.

Idlib province is in the last swathe of territory still held by rebels opposed to the rule of President Bashar al-Assad.