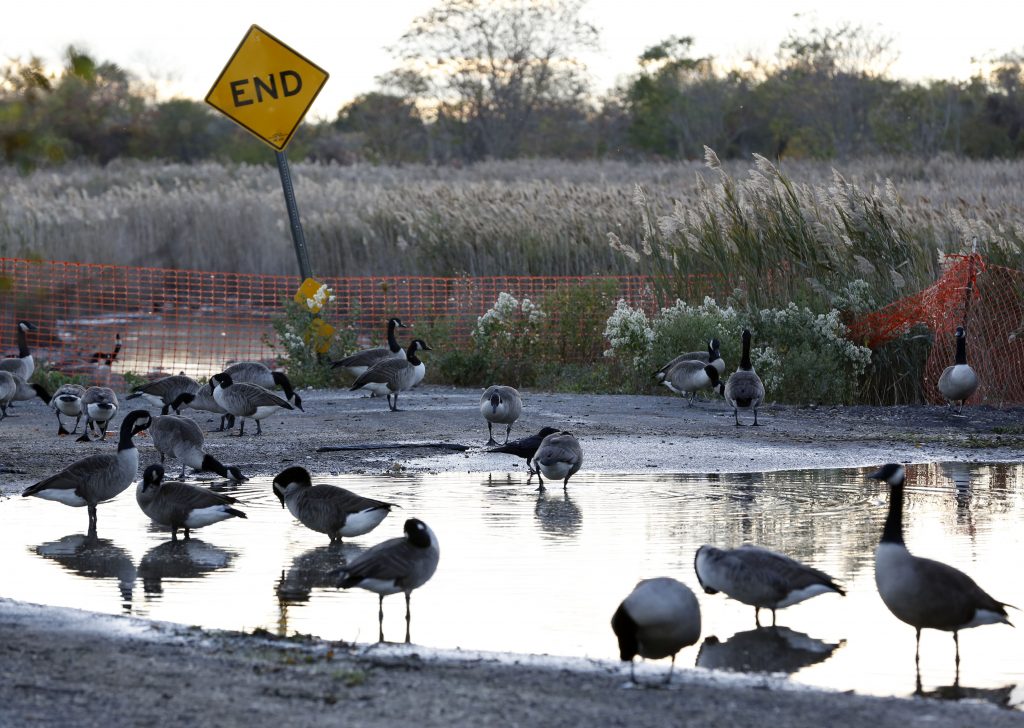 Residents of a Long Island village are divided over what to do about a glut of goose droppings around town.

Brightwaters Mayor John Valdini tells Newsday in a story published Sunday that the village has gotten about a dozen complaints about its Canada goose population in recent months. But the village has also gotten calls from residents who want to protect the birds.

Resident Peter Resing says his home is so coated in goose droppings that he’s worried about letting his grandchildren play there. The birds’ prolific droppings can raise bacteria and nutrient levels in lakes, which may cause algae blooms in the water and can raise public health concerns, according to the state Department of Environmental Conservation.

“It is a problem, and something needs to be done,” Resing told the newspaper.

Resident Jonathan Landon, meanwhile, sees the geese as a part of the habitat and urges humane treatment of them.

“We cannot really make any sort of decisions based on one aberrant year in which we’ve had many successful breeding pairs,” Landon said.

Options could include passing a village law against feeding the geese; hiring trained dogs to scare them off; and putting corn oil on unhatched eggs to prevent them from hatching, DEC official Kelly Hamilton said.

The mayor said the village will weigh the possibilities and probably make a decision in time for next spring’s breeding season.