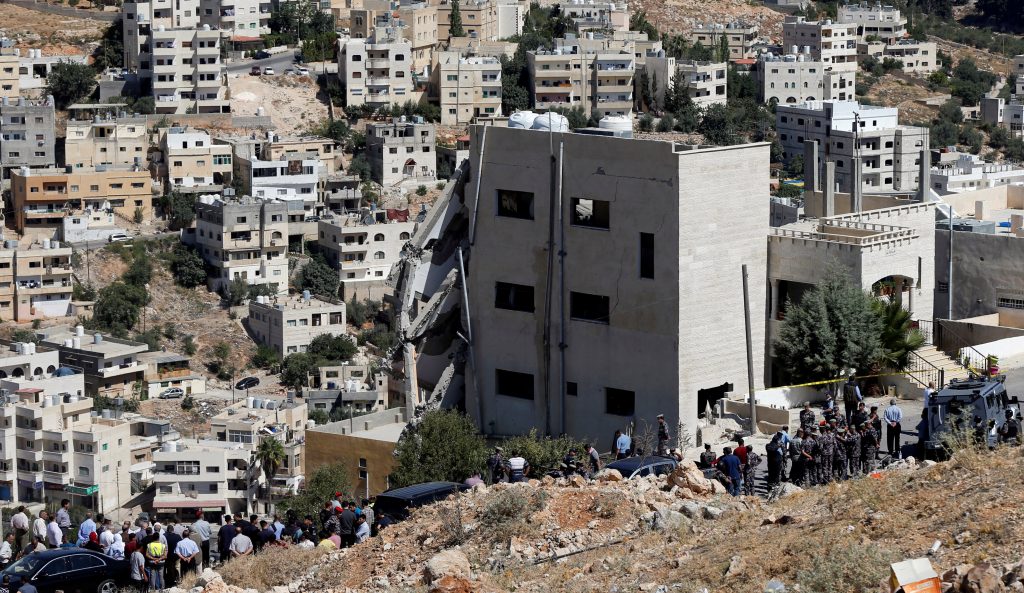 Security forces on Sunday pulled the bodies of three suspected terrorists out of a partially collapsed building in a city in central Jordan following a shoot-out, a government spokeswoman said.

Security forces had raided the building in a search for those responsible for a bomb attack on a police van on Friday that was maintaining security near a music festival.

Four security personnel were killed during a shoot-out on Saturday evening with the suspected terrorists who had been holed up in a building in the hillside city of Salt.

It was not clear how many terrorists had taken shelter at the site in a residential quarter of the city, but three were arrested alive, security sources said. Part of the building was blown up by the militants, according to Ghunaimat.

Several incidents over the past few years have jolted the Arab kingdom, which has been comparatively unscathed by the uprisings, civil wars and Islamist terrorism that have swept the Middle East since 2011.

Terrorists from Islamic State and other radical jihadist groups have long targeted the U.S.-allied kingdom and dozens of terrorists are currently serving long prison terms.