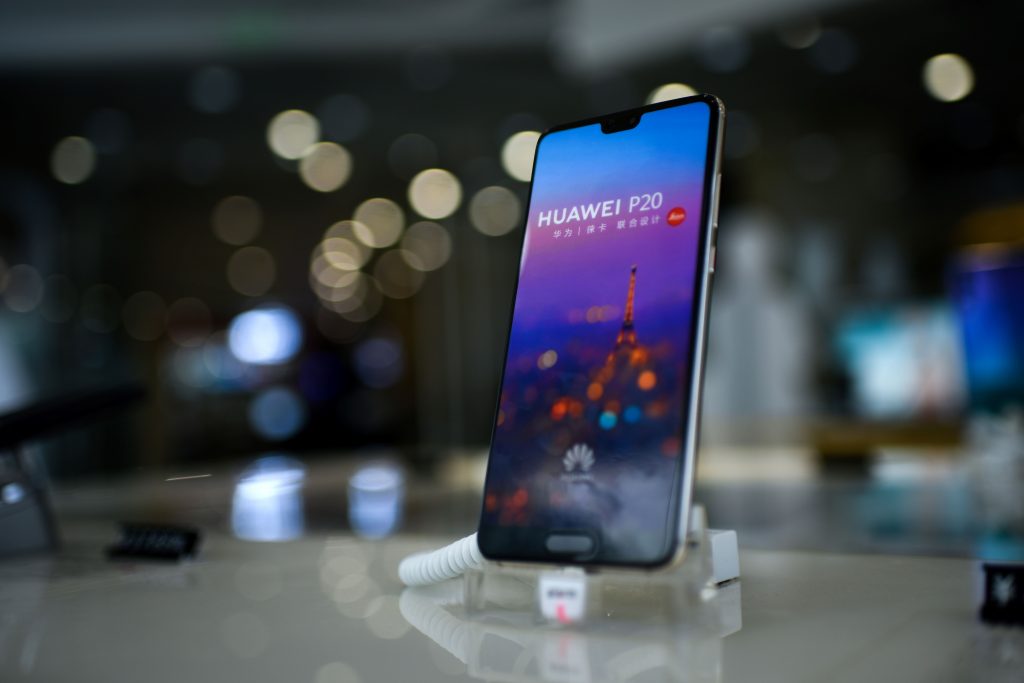 Apple and Samsung’s domination of the smartphone world is being challenged like never before, with Chinese companies muscling in with cheaper and just as innovative devices.

In an ominous sign for the tech titans, whose iPhone and Galaxy handsets have had a stranglehold on the almost $500 billion market for years, China’s Huawei Technologies has unseated Apple to become the world’s second-largest smartphone maker. Now, it’s setting its sights on No. 1 Samsung, which has seen disappointing profits as Chinese phones gain share of a market that looks increasingly like it has peaked.

And others are not far behind. Here are the players and phones to watch:

Huawei: Based in the southern Chinese tech hub of Shenzhen, Huawei is plowing cash into bolstering its phones’ camera capabilities in a quest to dominate. Its flagship P20 Pro boasts a three-lens camera that was co-engineered with the 104-year-old German camera maker Leica. Huawei also offers a shiny, rainbow-effect handset finish known as Twilight, differentiating their product from the many monotone smartphones on the market.

Like most of the Chinese devices, the P20 Pro is also cheaper. It retails for about $800 in China, compared with the $1,000-plus cost of an iPhone X. Samsung’s Galaxy Note 9, which debuts on Thursday in New York, is expected to be priced at at least $1,200, according to reports in the tech media. Active in more than 170 countries, Huawei has managed to outstrip Apple on smartphone shipments despite being almost entirely absent from the U.S., where it’s failed to strike a distribution deal amid security concerns.

Xiaomi: Beijing-based Xiaomi hasn’t been shy about aping Apple in everything from the appearance of its phones to the look of its flagship stores. Like Apple, Xiaomi has tried to create its own ecosystem, operating its own app stores and music-streaming apps. In recent years, though, Apple has trailed the Chinese company on some design features, with Xiaomi shifting to a full-display screen long before the smartphone titan.

Xiaomi phones are also a lot cheaper than the big names. Its latest model, the MIX 2S, sells for around $500, has a dual camera, a ceramic body and what’s known as a bezel-less (read, full) screen. The company has enlisted Kris Wu, a Chinese-Canadian actor to market its wares.

Transsion/Tecno: Consumers in the U.S., Europe and even China would be lucky to have seen a Transsion phone, but in Africa, the Shenzhen-based manufacturer is king. Founded in 2006, the company made an early bet on the continent’s nascent smartphone market, setting up its first assembly line in Ethiopia. It’s since grown into Africa’s leading mobile device maker, with three in 10 phones sold there from Transsion’s brand Tecno Mobile.

Transsion’s Spark 2 phone has a full display, a face-ID unlocking system and a high-quality camera, but it only retails for about $100 on Jumia, the African online commerce site. Transsion leapfrogged Samsung and Apple to become the largest player in Africa, shipping nearly 12 million smartphones in the first three quarters of last year, according to researcher Canalys.

Oppo: Nipping at the heels of Huawei and Xiaomi in its home market, Oppo started life as a manufacturer of MP3 and DVD players before segueing into China’s cutthroat smartphone market. Now it’s got its sights on the U.K. and Europe.

After making their name in China and India with cheaper handsets for first-time smartphone users, Oppo has gone upmarket for its European debut, launching in June its Find X phone for 999 euros ($1,154) in Paris. What stands out with this phone is the screen, which takes up 93.8 percent of the body, compared with 81.5 percent for the iPhone X. Oppo phone cameras are also highly rated, with its sharp, front-facing cameras popular among selfie-loving millennials.

Vivo: Oppo and Vivo may be smartphone competitors, but they were both co-founded by serial entrepreneur Duan Yongping. The companies made a splash by selling high-quality phones with good battery life at a cheaper price point to Apple and Samsung in China, and now Vivo is trying to build on that success. It was one of the first Chinese smartphone makers to tap developing countries like India.

Vivo launched the world’s slimmest smartphone, the X1, in 2012, and providing hi-fi level sound on a phone has given it an edge in its main markets of China and Southeast Asia. Oppo and Vivo heavily target millennials, cultivating celebrity endorsements of their phones and fostering an image of affordability. For the average cost of an iPhone X, you could buy four Vivo phones.

The latest Vivo handset, the NEX, is priced from around $570 to $730 in China on its website. Its screen-to-body ratio is 91.2 percent, the closest in the market to Oppo’s Find X.

OnePlus: With a sleek look and dual-lens camera capable of producing almost ethereal images, OnePlus has gained a following outside China that’s pretty unique to the country’s smartphone upstarts. By making its OnePlus One invitation-only, and keeping the price competitive, the company made the device “the most desirable phone in the world,” according to thenextweb.

But it’s the phones’ speed that has made OnePlus, which is also based in Shenzhen, a serious contender. Reckoned in some benchmark tests to be faster than the iPhone X, its latest offering OnePlus 6’s fast pace is made possible by a lighter software system that only carries essential functions. Users can then buy add-ons to the system based on their needs. Like most of the other Chinese smartphones, OnePlus 6 is cheaper than Apple and Samsung’s, selling for around $500 on its website.