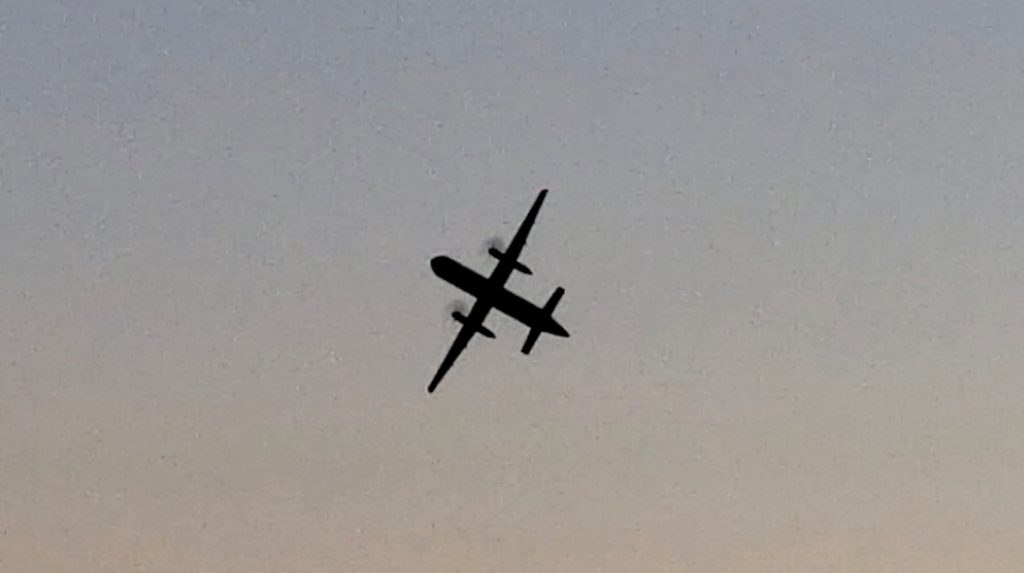 Federal authorities on Saturday were seeking to learn what drove an airline worker to steal an empty airplane from Seattle’s airport in a security scare that caused the scrambling of fighter jets and ended when the plane crashed onto a sparsely populated island.

A Horizon Air ground service agent got into a Bombardier Q400 turboprop aircraft on Friday night in a maintenance area at Seattle-Tacoma International Airport and took off, Horizon sister carrier Alaska Airline said.

He flew for about one hour, often erratically, before crashing on Ketron Island in Puget Sound, about 25 miles to the southwest.

The employee had worked for Horizon Air for three and a half years and had clearance to tow planes, airline and airport officials said at a news conference.

The 29-year-old man, later identified as Richard Russell, was suicidal and appeared to have acted alone, according to the Pierce County Sheriff’s Department, which said the employee was believed to have been killed in the crash.

“Doing stunts in air or lack of flying skills caused crash into Island,” the Sheriff’s Department said on Twitter.

In partial recordings of his conversations with air traffic controllers that were published online by Broadcastify.com, the man said he was sorry to disappoint people who cared about him and described himself as a “broken guy.”

“Got a few screws loose, I guess,” he is heard saying in the recording. “Never really knew it until now.”

The Federal Aviation Administration, the FBI and the National Transportation Safety Board were investigating the incident.

“We are going to be thorough, which means taking the time needed to scour the area, delve into the background of the individual believed responsible, and review every aspect of this incident with all appropriate public and private partners,” the FBI said in a statement.

Two F-15 fighter jets took to the air from a base in Portland, Oregon, and were on the scene within minutes. The jets were armed but did not open fire, North American Aerospace Defense Command spokesman Cameron Hillier said by phone.

Instead, the F-15 pilots and air traffic controllers tried to guide the plane west, away from populated areas, said Hillier. No one was hurt on the ground, authorities said.

It was unclear how the employee was able to taxi the plane on a runway and take off without authorization.

The Bombardier Q400 turboprop is designed for short-distance flights and can seat 76 passengers, Alaska Air said.