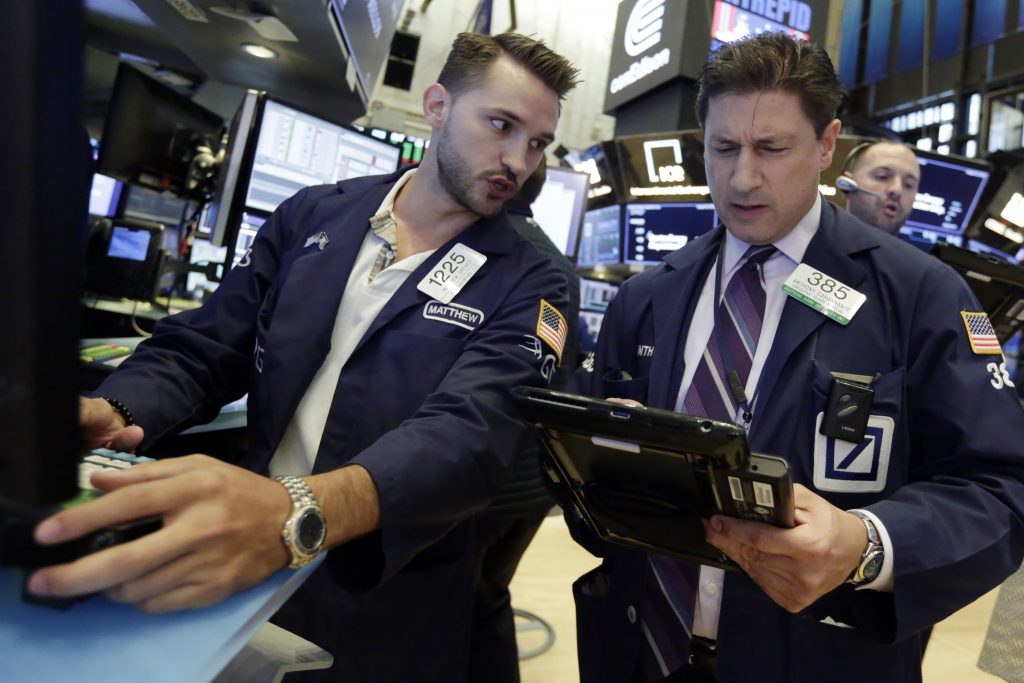 U.S. stocks are skidding Friday after a sharp drop in Europe as investors worry about the financial stability of Turkey. The Turkish lira nosedived again following concerns about the country’s economic policies and sanctions from the U.S.

TURKEY: The Turkish lira dropped again and is now down 66 percent this year against the dollar. The weakening lira has been pushing up the cost of goods for Turkish people and shaken international investors’ confidence in the country.

U.S. President Donald Trump said Friday he will authorize the government to double a tariff on steel and aluminum imported from Turkey. The U.S. sanctioned Turkey after it arrested an American pastor and put him on trial for espionage and terror-related charges.

Big-dividend stocks like utilities and household-goods retailers held up better than the rest of the market. Evergy gained 1.4 percent to $57.84 and Walmart rose 1.3 percent to $90.15.

CURRENCIES: Emerging-market currencies fell and the dollar jumped. The ICE U.S. Dollar Index was already trading around annual highs and it rose another 0.7 percent, a large move.

LOSING GROUND: When the dollar gets stronger, it hurts U.S. companies that get a lot of revenue from overseas. That includes technology and industrial companies.

Microchip Technology tumbled 10.9 percent to $87.37 after it forecast weaker-than-expected sales in the current quarter. Chipmaker Texas Instruments lost 3.7 percent to $110.15 and Facebook fell 1.1 percent to $181.02.

LITTLE LEADERS: Smaller, more-U.S.-focused companies fared better than the rest of the market. Those companies are less reliant on exports and the stronger dollar makes their imports less costly.

PRICES: The Labor Department said that consumer prices climbed 2.9 percent in July compared with a year ago. The main cause was an increase in housing prices. That matched June’s pace, which was the highest in six years.