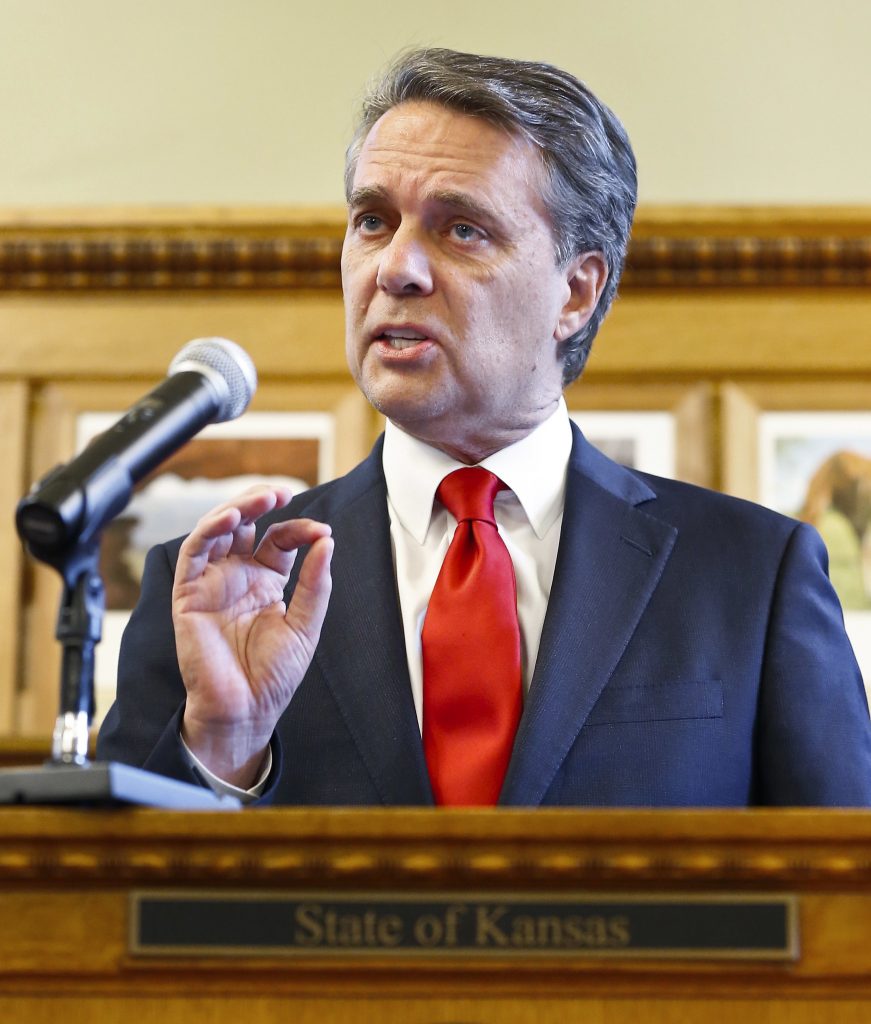 A top aide to Kansas Gov. Jeff Colyer said Friday that Secretary of State Kris Kobach’s promise to remove himself from further vote counting in their hotly contested Republican primary race is not enough and Kobach must stop advising local officials who’ll do the actual work.

Kobach led by 121 votes out of more than 311,000 cast after discrepancies were found Thursday between two counties’ totals and those reported on the secretary of state’s website. More changes and a new statewide tally in the race were expected Friday, with late-arriving mail-in ballots counted. Counties have until Aug. 20 to finish.

The secretary of state is a conservative lightning rod who alienates even some fellow Republicans, but he is perhaps President Donald Trump’s closest political ally in Kansas and had Trump’s tweeted endorsement. Colyer, backed by the National Rifle Association, is trying to avoid becoming the first Kansas governor to lose a primary since 1956.

Marr said Friday that Colyer understands that Kobach has a limited role in the actual counting of votes and his more significant role is in advising county officials. In a letter Thursday to Kobach, the governor accused the secretary of state of giving county officials guidance “inconsistent with Kansas law” and said Kobach should allow the state’s attorney general to advise them.

“We want him to recuse himself from his actual role in the process,” Marr said. “We were very, very specific.”

Kobach spokeswoman Danedri Herbert did not immediately respond to a message seeking comment Friday morning, but she had said Thursday that Kobach would formally respond to Colyer’s letter Friday.

The counting is not complete because state law says mail-in ballots that are postmarked Tuesday can be accepted by the counties as late as Friday. County officials also must review perhaps several thousand provisional ballots, given to voters at the polls when their eligibility is in question.

Colyer released his letter to Kobach hours after Colyer’s campaign announced that it had set up a “voting integrity” hotline. Marr said it received “countless” reports, adding that he personally knows of several dozen.

In the letter, Colyer questioned whether Kobach was advising counties not to count some mail-in ballots, including those with missing or unreadable postmarks, even if they arrived by Friday. He also said he heard reports that some unaffiliated voters — who by law can declare a party affiliation at the polls to vote in a primary — were given provisional ballots instead of the regular ballots they were due.

In the statement announcing the hotline, Marr also said that some voters at the polls “were turned away outright for unknown reasons,” without providing more details.

In his letter, Colyer suggested that Kobach’s guidance to county officials “may serve to suppress the vote.” He added that circumstances “obviously increase the likelihood that one of the candidates may seek a recount, or even the possibility of litigation.”

Kobach told reporters Wednesday that he knew of no significant reports of irregularities in Tuesday’s primaries, outside of long delays in reporting results from the state’s most populous county. There, Johnson County in the Kansas City area, results were delayed by problems with uploading data from new voting machines.