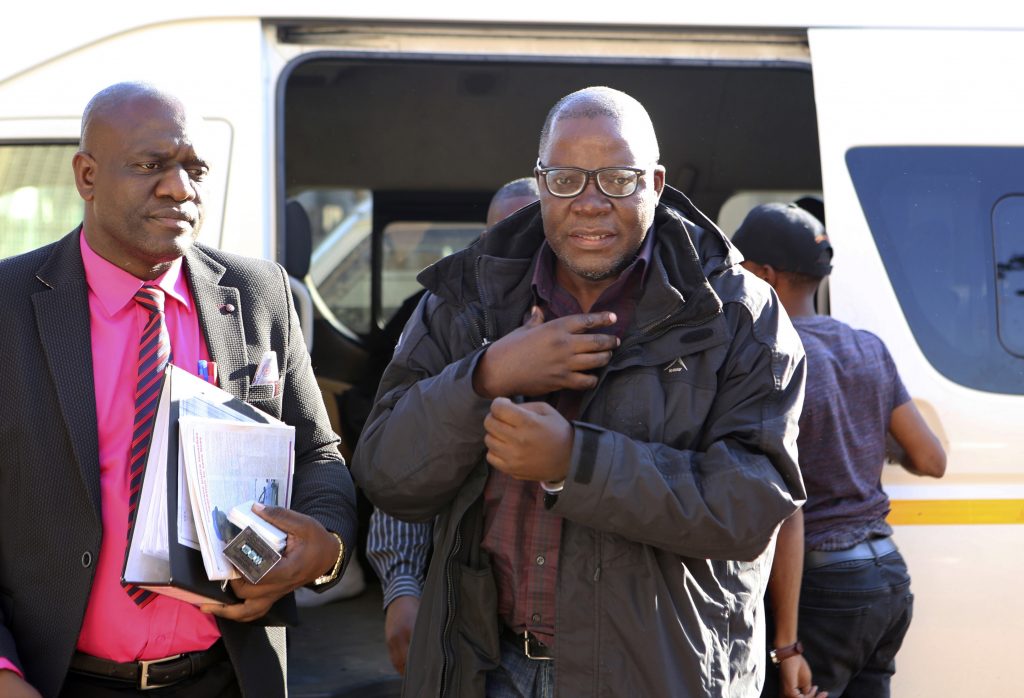 Senior Zimbabwean opposition figure Tendai Biti was in police custody on Thursday after Zambia rejected his asylum bid and deported him, as fears grew about a government crackdown following Zimbabwe’s disputed election.

“We will keep on fighting,” Biti said as he arrived at court in Zimbabwe’s capital, Harare, where he will be charged with inciting public violence, which could bring up to a decade in prison, and declaring “unofficial or fake” election results, which has a maximum six-month sentence, according to police spokeswoman Charity Charamba .

Separately, the opposition is preparing a legal challenge to last week’s election results, calling them fraudulent.

Biti’s plight has raised concerns that the government of President Emmerson Mnangagwa, who narrowly won the first election after the fall of Robert Mugabe, will treat the opposition just as harshly as before despite promises of reforms.

A letter from Biti’s lawyer Beatrice Mtetwa to Zimbabwean police alleged that they and military police “unlawfully abducted” Biti from Zambia and “maliciously damaged” the tires of a legal practitioner trying to follow their unmarked vehicles back to Harare.

The letter, seen by The Associated Press, said Biti should be immediately returned to Zambian immigration authorities, and “due to the traditional torture that abductees are generally subjected to in Zimbabwe” it called for a medical team to look over Biti before then.

Zambian border guards handed Biti to Zimbabwean authorities despite a court order saying he should not be deported until his appeal for asylum could be heard, Zambian lawyer Gilbert Phiri told the AP. Zambia’s foreign minister said Biti’s reasons for seeking asylum “did not have merit.”

The United Nations refugee agency said it was “gravely concerned” about the reports of Biti’s forced return to Zimbabwe, calling such returns a serious violation of international law.

A joint statement by the heads of missions in Zimbabwe of the European Union, the United States, Canada and Australia urgently called on Zimbabwean authorities to guarantee Biti’s safety and respect his rights. It said diplomats were “deeply disturbed” by reports of security forces targeting the opposition.

“This is a worrying development,” said David Coltart, a friend of Biti’s who is a fellow member of the opposition Movement for Democratic Change and a human rights lawyer. “Tendai was arrested in 2008 on a similar charge and while he was in custody he was brutally tortured.”

Biti, a former finance minister and newly elected member of parliament for the MDC, a day after the July 30 vote urged opposition supporters to defend their votes in the disputed ballot, saying that MDC candidate Nelson Chamisa had won the presidential race.

Authorities say it is against the law to declare an election winner before the Zimbabwe Electoral Commission announces the official results.

The day after Biti’s remarks, the military opened fire to disperse opposition protesters in the streets of Harare, killing six people. Western election observers, whose endorsement of a credible election is badly needed for the lifting of international sanctions on Zimbabwe, quickly condemned the “excessive” force.

While Mnangagwa has hailed a “flowering” of democracy in Zimbabwe since Mugabe stepped down in November under military pressure, alarm has been growing inside and outside the country.

The British embassy in Zimbabwe said Thursday it had spoken with Zimbabwean and Zambian authorities overnight to seek “clear assurances” that Biti’s safety would be guaranteed. The United States’ top diplomat for Africa, Tibor Nagy, urged Zambian authorities to allow Biti to stay or allow him safe passage to a third country.

The state-run Herald newspaper in an “editorial comment” said Biti “sneaked into Zambia in a bid to evade the law.” It urged Zambian authorities to respect Interpol and not the U.N. convention on refugees, which rejects the returning of asylum-seekers to the countries they have fled.

Under Mugabe’s 37 years in power, Zimbabwe was dogged by charges of rigged and fraudulent elections, along with violence against opposition figures.

Biti, one of the most outspoken critics of the government, was quick to warn that while the ouster of Mugabe was welcome, the military takeover that led to his resignation set a dangerous precedent for its involvement in civilian affairs.

“The genie is out of the bottle,” Biti said in June.