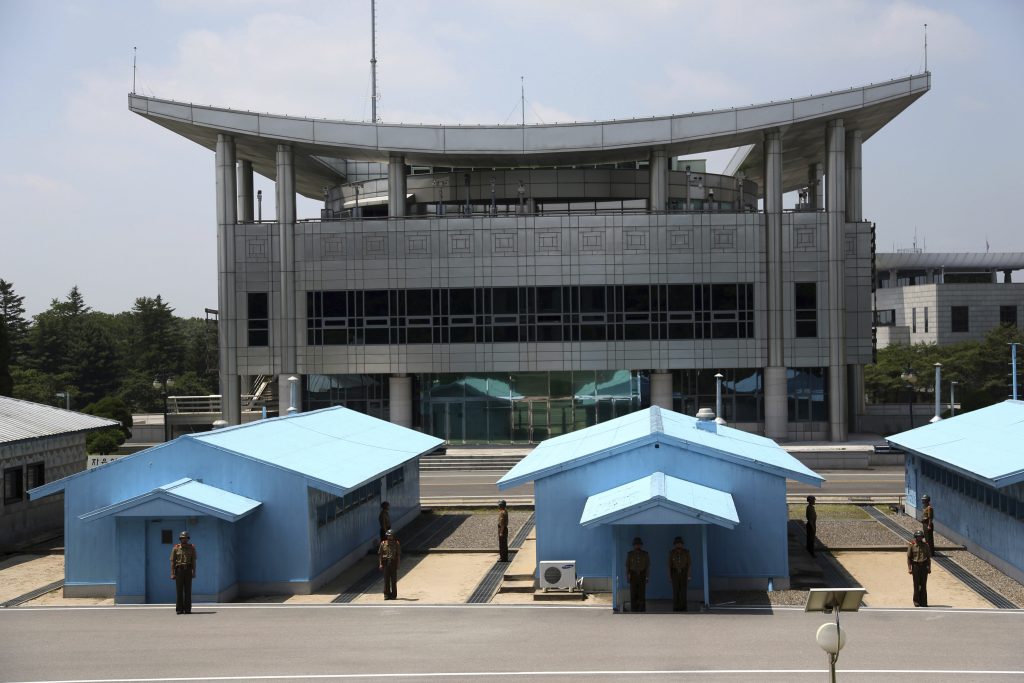 The rival Koreas will meet Monday for high-level talks meant to prepare for a summit between North Korean leader Kim Jong Un and South Korean President Moon Jae-in, South Korea said Thursday, the third such meeting between the leaders in recent months.

The announcement by an official at the South’s Unification Ministry, which handles inter-Korean issues for Seoul, comes amid attempts by Washington and Pyongyang to follow through on nuclear disarmament vows made at a summit in June between President Donald Trump and Kim.

Pyongyang has also stepped up its calls for a formal end to the Korean War, which some analysts believe is meant to be the first step in the North’s effort to eventually see all 28,500 U.S. troops leave the Korean Peninsula. Washington is pushing for the North to begin giving up its nuclear program.

The South Korean official, who spoke on condition of anonymity because of office rules, said the two Koreas will also discuss ways to push through tension-reducing agreements made during an earlier summit between Kim and South Korean President Moon Jae-in.

It wasn’t clear who would attend next week’s talks, but such meetings have typically been handled in the past by South Korea’s unification minister and his counterpart in the North. It also wasn’t clear when another leaders’ summit might happen.

Earlier Thursday, North Korea’s Rodong Sinmun said in a commentary that ending the Korean War is “the first process for ensuring peace and security not only in the Korean peninsula but also in the region and the world.”

The Korean Peninsula is still technically in a state of war because the 1950-53 fighting ended with a ceasefire, not a peace treaty.

Seoul said it accepted the North’s proposal after Pyongyang first suggested a meeting Monday to discuss another summit between the leaders.

Kim and Moon met in April, at a highly publicized summit that saw the leaders hold hands and walk together across the border, and then again in a more informal summit in May.