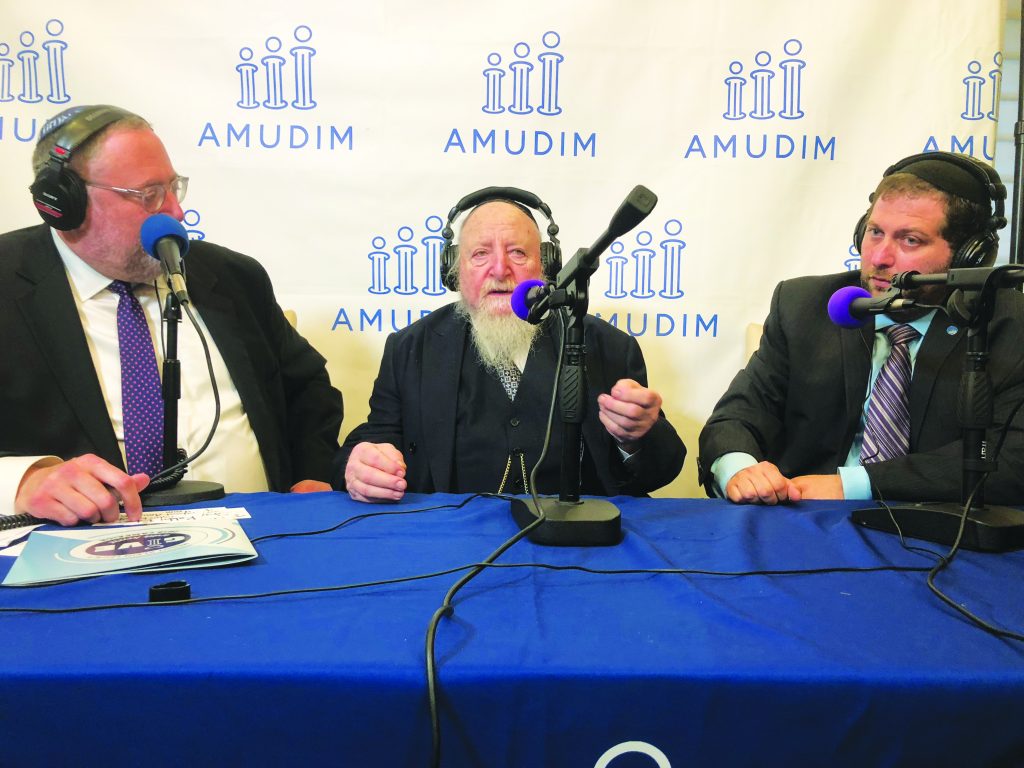 It was a ringing endorsement last week as the Jewish community responded enthusiastically to Amudim’s annual fundraising campaign, raising more than $5.3 million to cover operating costs and programing at its offices across the United States and Israel.

The “I Give With Heart” Charidy campaign was dedicated in memory of Amudim’s founder and chairman of the board, Cleveland philanthropist Mr. Mendy Klein, z”l, who passed away suddenly on May 3.

In his lifetime, Mr. Klein was a passionate advocate for those suffering from abuse and addiction, giving generously of himself and spending many a sleepless night in his efforts to help those who were suffering.

The $5 million campaign, Charidy’s second-largest ever, kicked off on July 31. Close to 2,300 donations were received from across the world during the 36-hour fundraiser, with 37 matchers quadrupling all contributions. An additional $390,000 was raised in the campaign’s bonus round that had a trio of benefactors doubling all donations above the $5 million mark.

With donations coming in from 276 cities across eight countries, spanning four continents, Amudim director Rabbi Zvi Gluck categorized the unprecedented response to the cause as historic.

“The amount of money raised, coupled with the number of people who contributed, was a true testament to Mendy Klein, proving that the seeds he planted are taking root in a very real way,” said Rabbi Gluck.

“The Klein family has demonstrated its continued commitment to Amudim despite its devastating loss. In addition to donating generously to the campaign, Mrs. Ita Klein has been named the new chair of Amudim’s board, with sons Mr. Yoni and Mr. Nati Klein accepting seats on the board of directors.”

“Carrying on Mendy’s legacy is a responsibility that we take very seriously and embrace wholeheartedly,” said Mrs. Klein. “This is not a one-time event or a problem that affects a single person. This is an issue that impacts all of Klal Yisrael.”

The $5.3 million raised will cover the operating costs of various programs. $1.5 million will be used to supplement grants and donations to fund operations at Amudim’s U.S. offices, with another $600,000 earmarked for Amudim’s recently opened Israel office. The remaining donations have been designated to create and develop an age-appropriate and rabbinically approved school curriculum on abuse and will also fund both the Gavz Boyz summer program for troubled teens and therapy subsidies through Amudim’s Project Heal.

The increased call volume in the days following the campaign has demonstrated Amudim’s constant fundraising needs.

“We welcome those calls for help with open arms and encourage anyone who is suffering to contact us,” said Rabbi Gluck.

Rabbi Gluck said that he has been humbled by the reaction to the campaign. He has heard from survivors who said that they were glued to the I Give With Heart website for the duration of the fundraiser, feeling both empowered and embraced by the number of individuals and families throughout the world who supported the campaign.

“The mere fact that so many members of Klal Yisrael banded together for this cause is a testament to the fact that we as a community are standing up for those who can’t speak for themselves,” said Rabbi Gluck. “We will to continue to honor the memory of Mr. Mendy Klein by perpetuating his legacy and carrying out his vision so that no member of our community ever has to suffer in silence again.”