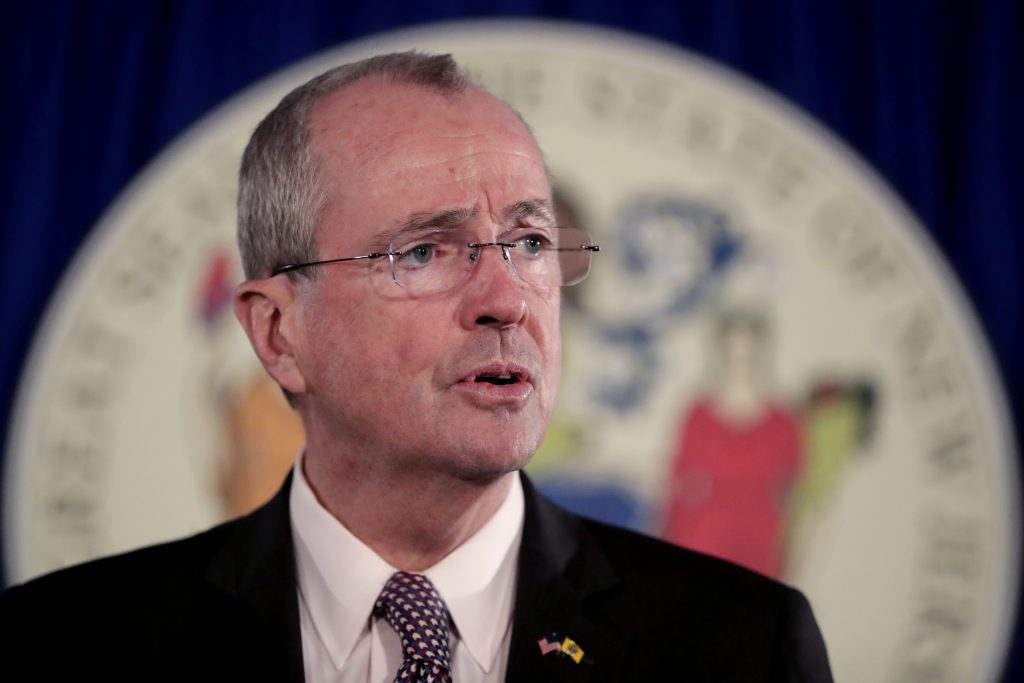 Gov. Phil Murphy, on the job for seven months, pinned New Jersey Transit’s commuter-train troubles on his predecessor, Republican Chris Christie, and offered better communication with riders as the only immediate fix.

“I don’t blame commuters one bit for their anger and cynicism,” Murphy, a 60-year-old Democrat, told reporters Thursday at N.J. Transit headquarters in Newark. “We are climbing out of a deep hole after eight years of failure.”

Once a national leader, N.J. Transit’s railroad has the most accidents and safety fines after two terms of Christie budget cuts. Murphy, a multimillionaire Goldman Sachs Group Inc. retiree and former U.S. ambassador, has promised to turn around the agency, while warning that fixes will take time. Five trains were canceled this morning, while 20 or more have been scrubbed on some recent days.

“We own this at the moment,” Murphy said. “We’re committed to getting this right. If anything, I underestimated the mess.”

Murphy, alongside N.J. Transit Executive Director Kevin Corbett and Transportation Commissioner Diane Gutierrez-Scaccetti, said the agency had failed to update riders about cancellations as they happen, and will make sure the information goes to each station in real time. None offered immediate solutions to faulty air conditioning, packed cars and other inconveniences that for weeks have plagued riders of the nation’s second-busiest commuter rail system.

“There’s nothing that’s going to happen today, tomorrow, that makes such an appreciable difference that you’re not going to come and have this conversation with me next month,” Gutierrez-Scaccetti said. “Planning and good management started in February. You’ve just got to give us time to actually start to see the fruits of that labor.”

Corbett said riders should be aware of “the bigger picture” and stressed the need to study equipment life cycles to better predict mechanical trouble. Faulty air conditioning during a heat wave in Secaucus, where thousands board trains to and from Manhattan, were a symptom of neglect on Christie’s watch, he said.

The governor met Thursday morning with N.J. Transit administrators for about an hour. The briefing in Newark was announced soon after riders at an Aug. 8 agency board meeting criticized Murphy’s handling of the troubled agency and demanded answers.

Hours before Thursday morning’s meeting, a fatality on the tracks caused N.J. Transit to suspend rush-hour service for more than 90 minutes on the Northeast Corridor, its busiest line. More than two hours after service resumed, commuters still faced delays of up to 30 minutes. Amtrak, which owns the tracks it shares with N.J. Transit, also had late trains.

Social media users complained that N.J. Transit’s smartphone app didn’t communicate about the incident, and criticized the agency for suggesting the Port Authority of New York and New Jersey’s PATH trains, with a limited service area, as an alternative.

Democratic Senate and Assembly members who head transportation committees scheduled an Aug. 16 hearing in Trenton to examine weeks of cancellations, engineer call-outs and an ongoing emergency-braking project that have upended rush-hour service for tens of thousands who work in New York City.

The N.J. Transit board on Aug. 8 approved $3.8 billion in spending for 2019 that almost doubled the state’s contribution, to $332 million. It also included a record $511 million shift from the capital account, intended for long-term improvements, to cover day-to-day operations, plus $236 million from other state funds. Murphy had criticized those budgeting practices as unsound.

“I’m not thrilled about the mix, the sources, of that budget,” Murphy told reporters. “This notion of borrowing from Peter to pay Paul, which has become a Trenton master fine art — unfortunately I don’t think we can extinguish it overnight.”