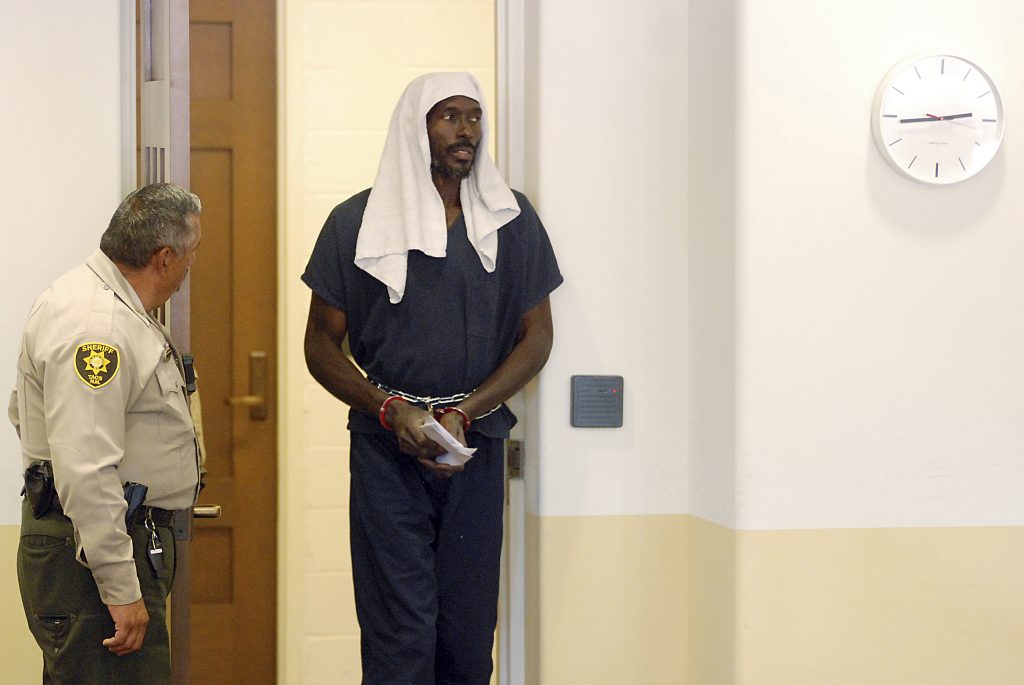 A severely disabled Georgia boy who authorities say was kidnapped by his father and marked for an exorcism was found buried at the ramshackle compound in the New Mexico desert that has been the focus of investigators for the past week, the toddler’s grandfather said Thursday.

New Mexico authorities, however, said they had yet to identify the remains, discovered Monday. And prosecutors said they were awaiting word on the cause of death before deciding on any charges.

The boy, Abdul-ghani Wahhaj, would have turned 4 on Monday. Authorities said he was snatched from his mother in December in Jonesboro, Georgia, near Atlanta.

The search for him led authorities to New Mexico, where 11 hungry children and a youngster’s remains were found in recent days at a filthy compound shielded by old tires, wooden pallets and an earthen wall studded with broken glass.

The missing boy’s grandfather, Siraj Wahhaj, a Muslim cleric who leads a well-known New York City mosque, told reporters he had learned from other family members that the remains were his grandson’s.

The imam said he did not know the cause of death.

“Whoever is responsible, then that person should be held accountable,” Wahhaj said.

A Georgia arrest warrant accused the boy’s father, Siraj Ibn Wahhaj, the imam’s son, of kidnapping the child. Authorities said the father at some point told his wife he wanted to perform an exorcism on the boy, who cannot walk and requires constant attention because of a lack of oxygen and blood flow around the time of birth.

The child’s father was among five adults arrested on suspicion of child abuse at the compound after the children were discovered. In court papers, prosecutors also said Wahhaj had been training children there to carry out school shootings.

Speaking at his Brooklyn mosque, the elder Wahhaj said his family was trying to make arrangements to bring the child’s body to Georgia.

All 11 of the children, he said, were either his biological grandchildren or members of his family through marriage.

“I’m very concerned with the condition of my grandchildren,” he said. He said he didn’t understand why his son had taken the family and disappeared into the desert, but suggested a psychiatric disorder was to blame.

“My son can be maybe a little bit extreme,” he said, though he added that he never thought he was extreme enough to kill anyone. “High-strung,” he said.

The grandfather’s mosque that has attracted radicals over the years, including a man who later helped bomb the World Trade Center in 1993.

New Mexico’s Office of the Medical Investigator said it was still working to identify the remains.

Dr. Kurt Nolte, New Mexico’s chief medical investigator, said the remains “are in a state of decomposition that has made identification challenging.”

The remains will stay in New Mexico until the agency’s investigation is completed — a process that could take weeks, said office spokeswoman Alexandria Sanchez.

Taos-area District Attorney Donald Gallegos said he will await the findings on how the boy died before deciding how to proceed.

The group arrived in the desert area in December, according to neighbors. Taos County Sheriff Jerry Hogrefe said the FBI had put the place under surveillance in recent months that included photographs of the compound and interviews.

He said the images were shared with the mother of Abdul-ghani, but she did not spot her son, and the photographs never indicated the father was at the compound, leaving the sheriff without the information he needed to obtain a search warrant.

That changed when Georgia authorities received a message that may have originated inside the compound that children were starving, Hogrefe said.

The elder Wahhaj said the tip came to law enforcement through him.