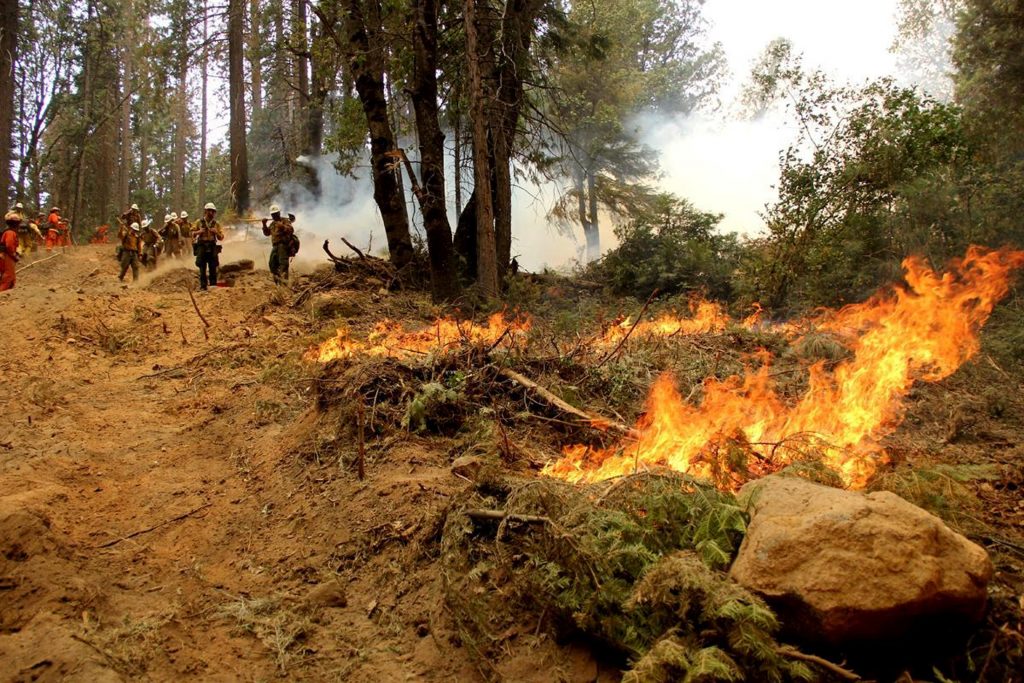 Fierce winds, bone-dry weather and high temperatures are expected on Thursday in northern California, where they could threaten efforts to fight the largest wildfire in state history.

Wind gusting up to 35 miles an hour, temperatures above 90 degrees and 10-percent humidity are in the forecast from Thursday afternoon to Saturday in northern California.

Firefighters in the area are battling the Mendocino Complex and the Carr Fire, the National Weather Service said in an Red Flag warning.

“A combination of strong winds, low relative humidity, and warm temperatures can contribute to extreme fire behavior,” the service said.

More than 4,000 firefighters were confronting the Mendocino Complex, which covered more than 302,000 acres on Wednesday, making it the largest wildfire in California history.

Two firefighters have been injured and 119 homes destroyed, the California Department of Forestry and Fire Protection (Cal Fire) said.

About 100 miles northeast, near Redding, 4,700 crews were fighting the 176,000-acre Carr Fire, which has been blamed for seven deaths, including two firefighters, and has destroyed 1,077 homes, Cal Fire said.

Fifteen other major fires are burning in California. Together, they have destroyed more than 1,500 structures and displaced tens of thousands of people.

A 51-year-old man was arrested and booked on two counts of felony arson, one felony count of threat to terrorize and a misdemeanor count of resisting arrest, the Cleveland National Forest said on Twitter on Wednesday.