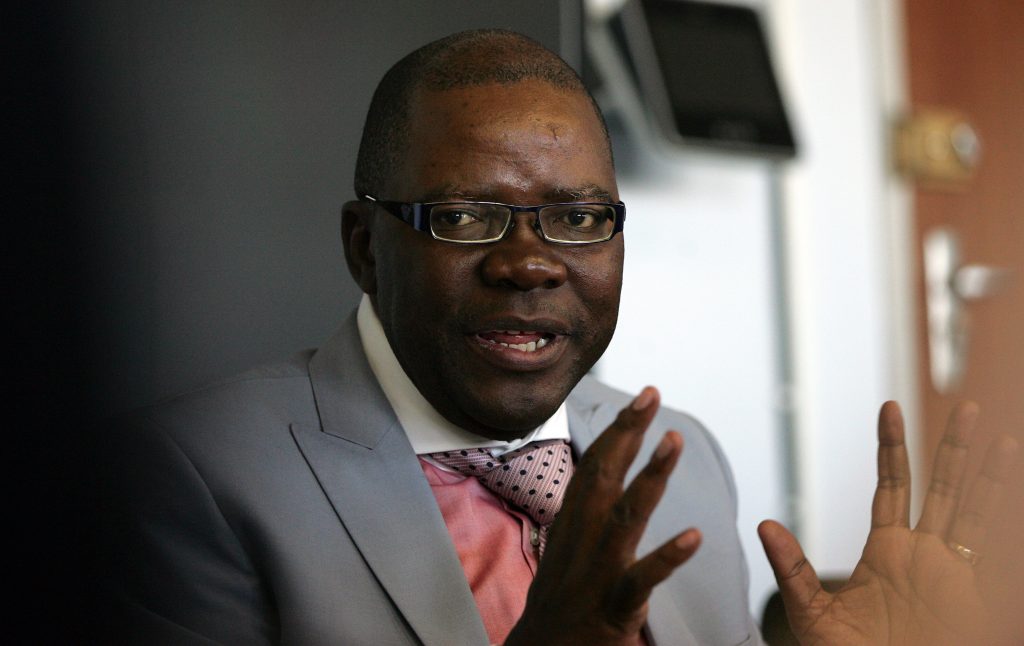 The arrest, after scenes of the military opening fire in the streets of the capital and growing opposition claims of harassment, further challenged the Zimbabwe president’s assertions of a “flowering” of democracy in the months after longtime leader Robert Mugabe stepped down under military pressure.

Lawyer Denford Halimani said details were not immediately clear on the circumstances around Biti’s release but confirmed that he was on Zambian soil and seeking asylum “on an urgent basis.” There was no immediate comment from Zimbabwean police.

Biti, who was finance minister in an uneasy coalition government from 2009 to 2013, is a leading member of the opposition Movement for Democratic Change party, which has denounced the election win of President Emmerson Mnangagwa as fraudulent and vowed to challenge it in court this week.

Last week Biti declared, before official election results were announced early Friday, that opposition leader Nelson Chamisa had won, a claim also made by Chamisa himself. “In a normal country Chamisa would be sworn in right now,” Biti told reporters a day after the election.

The Zimbabwe Electoral Commission has said it is illegal to announce results before its own official announcement.

Mnangagwa was more restrained during the vote count, saying only that the situation looked positive. However, some reporting in state-run media declared him the winner before the official results were out.

The opposition has seven days from the announcement of the official election results to file a court challenge. Chamisa lawyer Thabani Mpofu told reporters on Wednesday they will file the challenge in time. That would push back an inauguration that Mnangagwa’s administration already had planned for Sunday.

Biti was named along with Chamisa in a search warrant issued last week that said they and several others were suspected of the crimes of “possession of dangerous weapons” and “subversive material” as well as “public violence,” according to a copy of the warrant seen by The Associated Press.

Police raided the opposition party headquarters a day after the military rolled into the capital, Harare, and dispersed protesting opposition supporters with gunfire. The supporters were angry over the announcement that the ruling party had won a majority of seats in parliament and some were rioting. Six people were killed, including a woman vendor who was shot in the back.

“We condemn the murders of compatriots,” Biti said on Twitter that day; he has been silent ever since. “We call for restraint.”

International election observers and Human Rights Watch have condemned the violence and intimidation against opposition supporters that have continued into this week and have urged security forces to use restraint. Mnangagwa badly needs the approval of the foreign election observers; a credible election could lead to the lifting of international sanctions.

Biti, one of the most vocal critics of the government, had said months before the election that the Zimbabwean military was casting a shadow over hopes for genuine reform in the southern African nation.

He said that while the ouster of Mugabe after 37 years in power was welcome, the military takeover that led to his resignation in November set a dangerous precedent for further involvement of generals in civilian affairs.

“The genie is out of the bottle,” Biti said at a forum on Zimbabwe held in Johannesburg in late June.

“We had a coup in November,” Biti said at the time. “We didn’t seek to understand what it meant and we didn’t carry out political reform to make sure that another coup does not happen.”