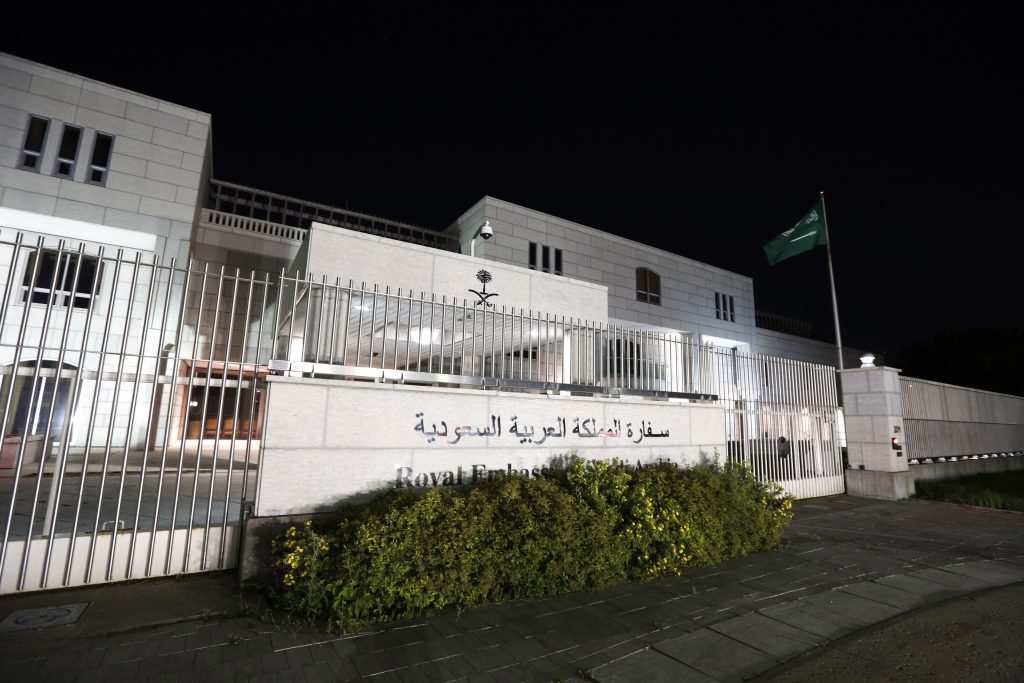 Canadian health authorities said Wednesday that hundreds of Saudi doctors and residents who make up the largest segment of foreign medical trainees in the country will remain in Canada until the end of the month, giving hospitals a few weeks to cope with the sudden staffing loss caused by a diplomatic spat.

The 800 medical trainees are among more than 15,000 Saudis whose government has ordered them to suddenly leave the country due to Canada’s criticism of the ultraconservative kingdom’s arrest of women’s rights activists.

The Saudi Embassy bureau that places the country’s students in Canada convinced the kingdom’s government to let the medical trainees stay until Sept. 1, said Dr. Salvatore Spadafora, the vice dean of post-M.D. education at the University of Toronto’s faculty of medicine.

Spadafora oversees 216 of those Saudis in the Toronto Academic Health Sciences Network.

He said the loss of the trainees will cause disruptions at Canadian hospitals, particularly in some specialized fields, but said it’s too early to fully know the impact.

“At the end of the day it’s still 216 people that might not be showing up for work,” he said.

“We have until Sept 1. That’s not saying it’s going to easy or straightforward. It is like people not being there one day, but we have the luxury of people having more time.”

While the Saudi government says the students, whose education it is paying for, can now study in other nations, the change will dramatically alter the future for many.

Some of the residents and doctors are entering their final and fifth year of their programs and the change will derail some careers, Spadafora said.

“These are very dedicated and bright and hardworking people who are studying very hard,” he said. “To have that disrupted is very stressful for them.”

Salvatore Spadafora said it’s very difficult for those with families and leases.

“All we’ve done is gotten a little bit of time to the end of the month. It’s not necessarily going to solve everything, but it helps the individuals which has really been our focus,” he said.

“Hopefully, at the highest levels there is resolution that we can avoid all of this.”

Brian Hodges, executive vice president for education at Toronto’s University Health Network, oversees about 94 from Saudi Arabia including 58 or 59 trained specialists or fellows.

“It is sudden,” he said. “That’s a lot of clinical care. We’re really working on making sure if people do leave we are actually arranging proper on-call coverage and clinical handover so that it doesn’t affect our patient care in any way.”

“It will require the other residents and fellows and the faculty to pick up additional work,” he said.

He said some have already provided notification that they are leaving.

“We already have requests to be exempted from on-call studies and clinical responsibilities as soon as next week,” Hodges said.

“Diplomatic talks continue.” Trudeau said. “But as the minister has said and as we will repeat, Canada will always speak strongly and in private and in public on questions of human rights.”

Trudeau said Canada does not want a bad relationship with Saudi Arabia.

“This is a country that still has importance in the world. And is making progress in human rights. So we will continue to underscore the challenges when they exist there and elsewhere in the world,” he said.

Saudi state media have reported that Education Ministry was coming up with an “urgent plan” to move thousands of Saudi scholarship students out of Canadian schools to take classes in other countries. The Saudi state airline also said in a statement on its official Twitter account that it would suspend all flights to Toronto starting Monday, Aug. 13.

The dispute appeared centered around tweets by Canadian diplomats calling on the kingdom to “immediately release” detained women’s rights activists.

Among the arrested activists is Samar Badawi, whose brother, a writer, Raif Badawi was arrested in Saudi Arabia in 2012 and later sentenced to 1,000 lashes and 10 years in prison for insulting Islam while blogging.

His case has long been raised by international human rights groups and Western diplomats, including Canadians, who have called on Saudi Arabia to free him.