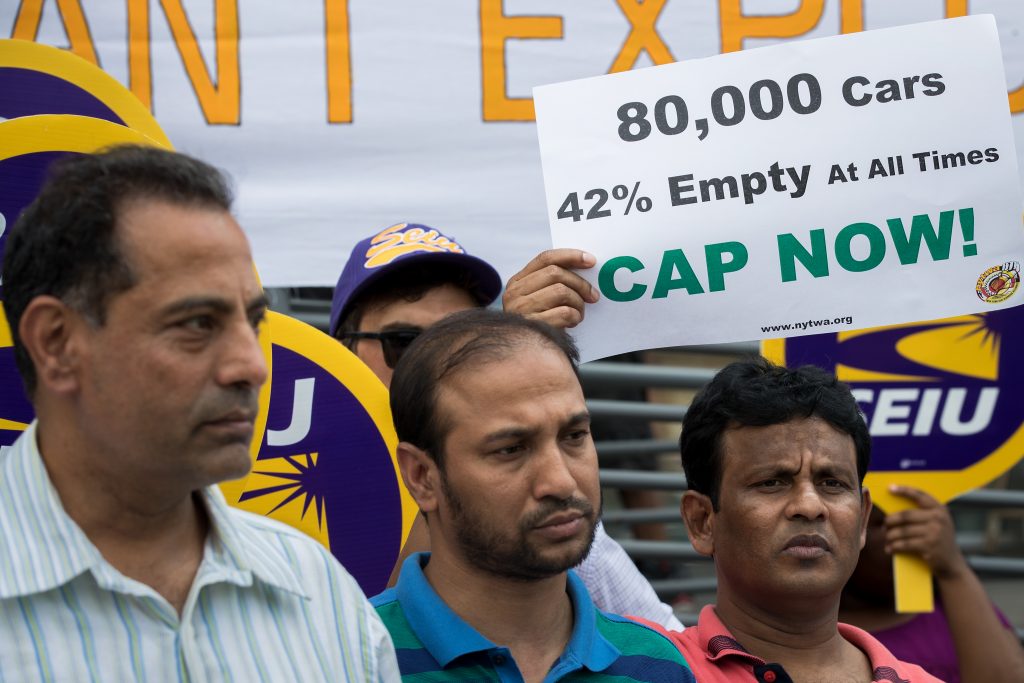 New York City is reining in the growth of Uber, Lyft and other app-based ride services with a temporary cap on new cars picking up fares.

The City Council approved a package of bills Wednesday that included a one-year moratorium on new licenses for for-hire vehicles while the city studies the rapidly changing industry.

The Council also voted to set a minimum driver wage equivalent to the yellow cab wage for app-based drivers.

Backers of the proposals said both the traditional yellow-cab industry and drivers for app-based services are suffering as Uber cars flood the city’s streets. They said the growth of ride-hailing apps has also worsened traffic congestion.

But opponents said Uber and Lyft provide needed service to neighborhoods outside Manhattan that are poorly served by yellow cabs.