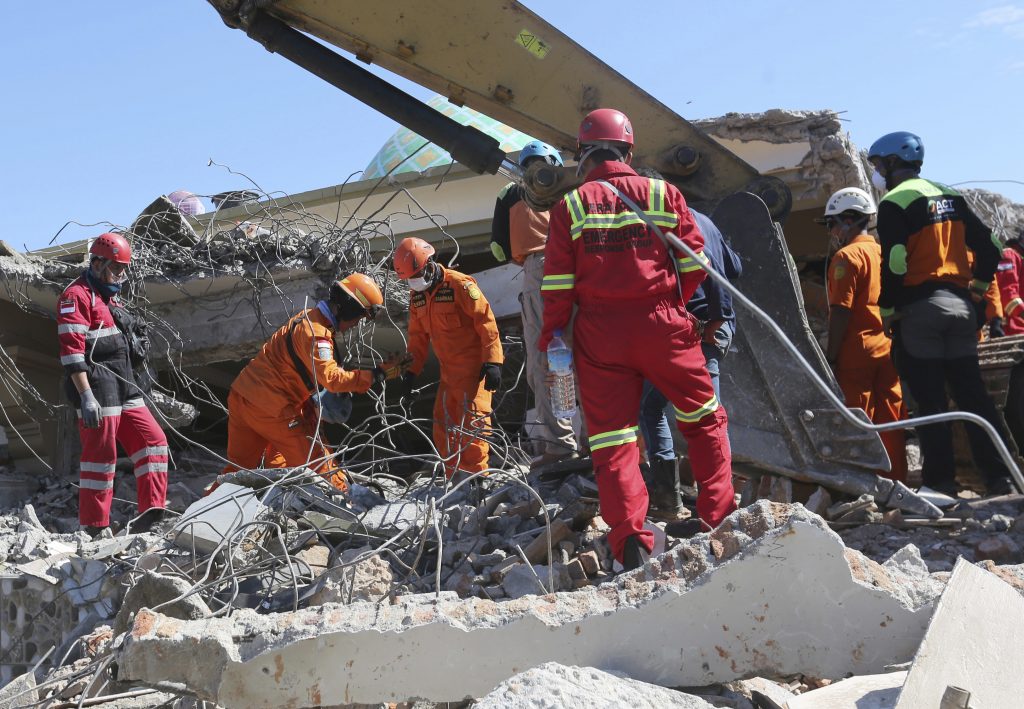 Aid began reaching isolated areas of the Indonesian island Lombok struggling after an earthquake killed at least 131 people as rescuers intensified efforts Wednesday to find those buried in the rubble.

Volunteers and rescue personnel erected more temporary shelters for the tens of thousands left homeless on Lombok by the magnitude 7.0 quake on Sunday evening.

Water, which has been in short supply due to a prolonged dry spell on the island, as well as food and medical supplies were being distributed from trucks. The military said five planes carrying food, medicine, blankets, field tents and water tankers left Jakarta for the island early Wednesday.

He said reports of other deaths still needed to be verified, and the toll is expected to increase.

Authorities said all the tourists who wanted to be evacuated from three outlying vacation islands due to power blackouts and damage to hotels had left by boat, some 5,000 people in all.

The quake was the second in a week to hit Lombok. A magnitude 6.4 earthquake on July 29 killed 16 people and cracked and weakened many structures, amplifying the damage that occurred in Sunday’s quake.

Like its famous neighbor Bali, Lombok is known for beaches, mountains and a lush interior. Hotels and other buildings in both locations are not allowed to exceed the height of coconut trees.

Indonesia is prone to earthquakes because of its location on the “Ring of Fire,” an arc of volcanoes and fault lines in the Pacific Basin. In December 2004, a massive magnitude 9.1 earthquake off Sumatra triggered a tsunami that killed 230,000 people in a dozen countries.