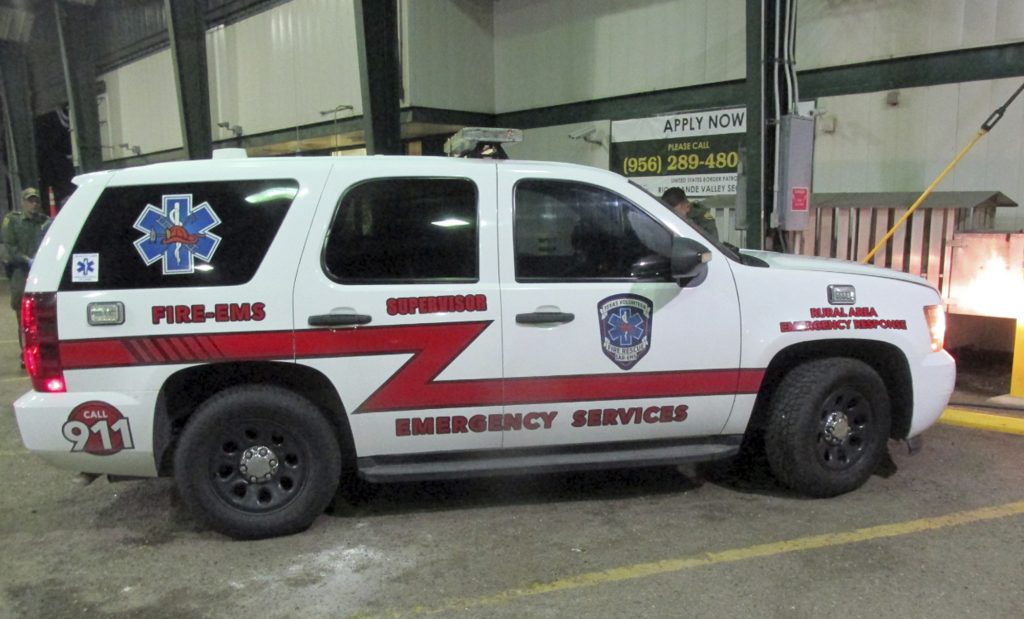 Officers have caught a driver and three immigrants who fled through a South Texas border checkpoint in an SUV falsely decked out as an emergency response vehicle.

A Border Patrol statement says the white SUV on Tuesday pulled into the Falfurrias  checkpoint. The vehicle had numerous markings including “Fire-EMS,” ”Call 911″ and “Supervisor.”

The vehicle markings did not list any city or county.

Agents were inspecting the SUV when the driver sped off. Agents chased the vehicle, detaining three immigrants from Brazil and the U.S. driver.

The case will be referred for prosecution.