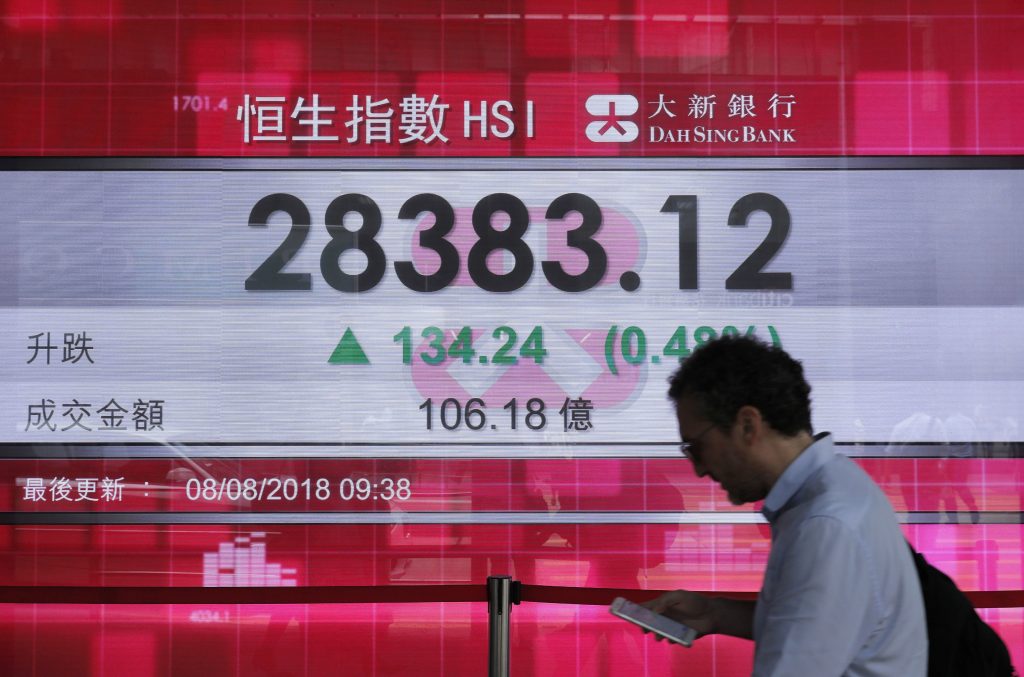 Shares were mixed in Asia on Wednesday after the U.S. followed through with plans to put higher tariffs on $16 billion in Chinese exports.

The U.S. Trade Representative announced it will begin imposing 25 percent tariffs on an additional $16 billion in Chinese imports beginning Aug. 23. The list is heavy on industrial products such as steam turbines and iron girders. So far, the tariffs that the U.S. and its trading partners have announced recently are still small and haven’t affected the broader market very much. China reported Wednesday that its exports to the U.S. rose 13.3 percent year-on-year in July while total exports jumped 12.2 percent.

The announcement on higher U.S. tariffs was a “rude awakening for markets here in Asia,” Jingyi Pan of IG said in a commentary. The move “brings the U.S. another step closer to the next round of the 10 percent tariffs for a further $200 billion worth of Chinese imports, packing the bite behind the words.”

U.S. crude oil picked up 1 cent to $69.18 per barrel in electronic trading on the New York Mercantile Exchange. It added 16 cents to $69.17 a barrel in New York. Brent crude, the standard for international oil prices, gave up 6 cents to $74.59 a barrel.