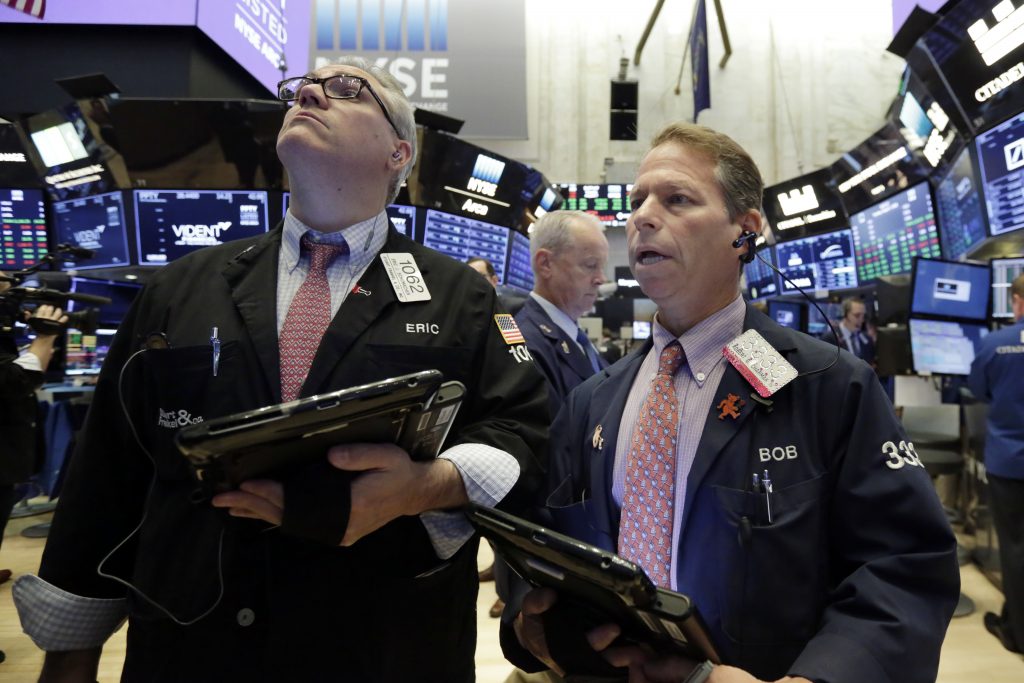 U.S. stocks are rising again Tuesday as strong company earnings lift the market. The benchmark S&P 500 index is up for the fourth day in a row and fifth out of the last six. Technology companies and banks are making some of the largest gains. Overseas markets are also higher.

The S&P 500 is trading at its highest levels since Jan. 26, when it closed at its most recent all-time high. After that peak, it dropped 10 percent in nine days as investors worried about signs that inflation was accelerating. That hasn’t materialized, but trade fears have weighed on the market since then.

HAPPY DAY AT HERTZ: Rental car company Hertz is on pace for its biggest gain in a decade after it topped Wall Street expectations. Its stock soared 26.6 percent to $19.84, but even with that huge gain, the stock is still down this year.

A little more than four years ago, the stock traded above $120 a share. Hertz plunged as the company dealt with overcapacity in the rental car market and as the value of its vehicles decreased. Hertz has changed CEOs twice in four years.

OFF TO THE RACES: Arts and crafts marketplace Etsy surged 11.1 percent to $47.15 after it reported stronger sales than analysts anticipated and raised its forecasts for the year.

BIG CAVITY: Dental products maker Dentsply cut its forecasts and took a $1.26 billion charge connected to its technology and equipment business. The company said sales and profit margins have been weaker than expected and it plans to restructure its business. The stock dropped 18.5 percent to $39.46.

Express Scripts stock is down 2 percent and Cigna is up 6 percent since the Wall Street Journal reported that Icahn is against the deal.

WATCH IT DROP: Weight Watchers International sank 13.6 percent to $79.71. The weight loss company raised its forecasts for the year, but said it lost subscribers in the second quarter.

The stock has almost doubled in value this year and was worth about $12 per share in March 2017 when the company announced a deal with Oprah Winfrey to promote its products.

BONDS: Bond prices dipped. The yield on the 10-year Treasury note rose to 2.96 percent from 2.95 percent.

CHINA INVESTMENT: A government newspaper said Beijing planned to issue policies to encourage investment amid concern about slowing economic growth and trade tensions. The China Daily said some state banks issued orders to local branches to lend more money. The report, citing an unidentified official of the Cabinet planning agency, said spending on infrastructure is one target for support but gave no other details.