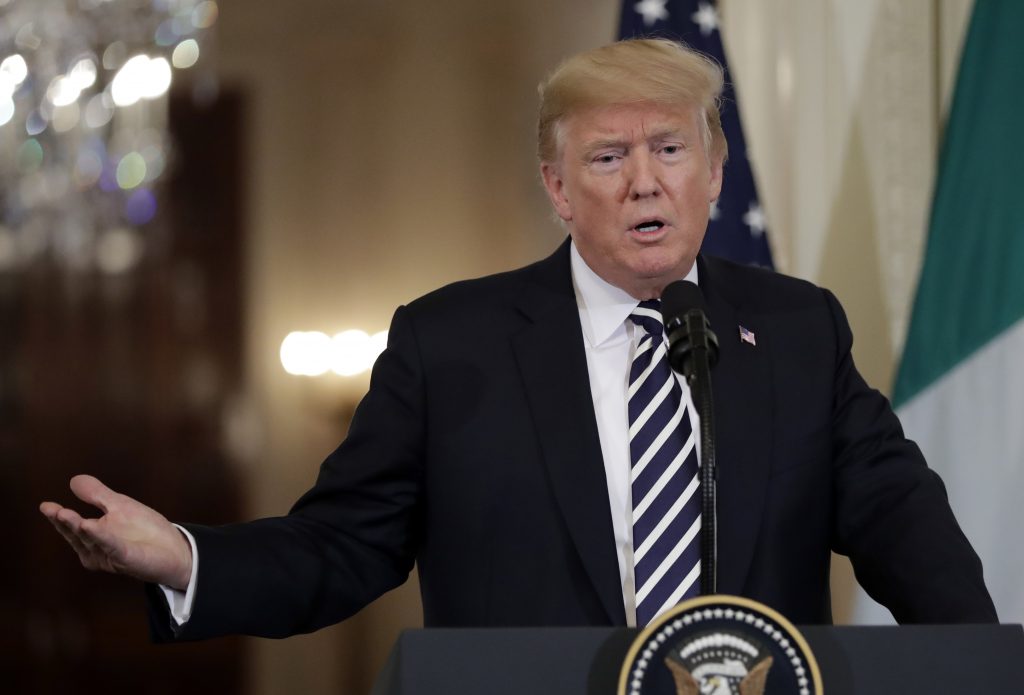 The first set of U.S. sanctions against Iran that had been eased under the landmark nuclear accord went back into effect early Tuesday under an executive order signed by President Donald Trump, targeting financial transactions that involve U.S. dollars, Iran’s automotive sector, the purchase of commercial planes and metals including gold.

“I am asking for WORLD PEACE, nothing less!”

The stiff economic sanctions ratchet up pressure on the Islamic Republic despite statements of deep dismay from European allies, three months after Trump pulled the U.S. out of the international accord limiting Iran’s nuclear activities.

Trump declared the landmark 2015 agreement had been “horrible,” leaving the Iranian government flush with cash to fuel conflict in the Middle East.

Months of uncertainty surrounding the sanctions have already further hurt Iran’s economy. The country’s rial currency has tanked, and the downturn has sparked protests across the nation.

The “Trump Administration wants the world to believe it’s concerned about the Iranian people,” Iranian Foreign Minister Mohammad Javad Zarif said in a statement posted to Twitter. But, he said, the reimposed sanctions would endanger “ordinary Iranians.”

“US hypocrisy knows no bounds,” he said.