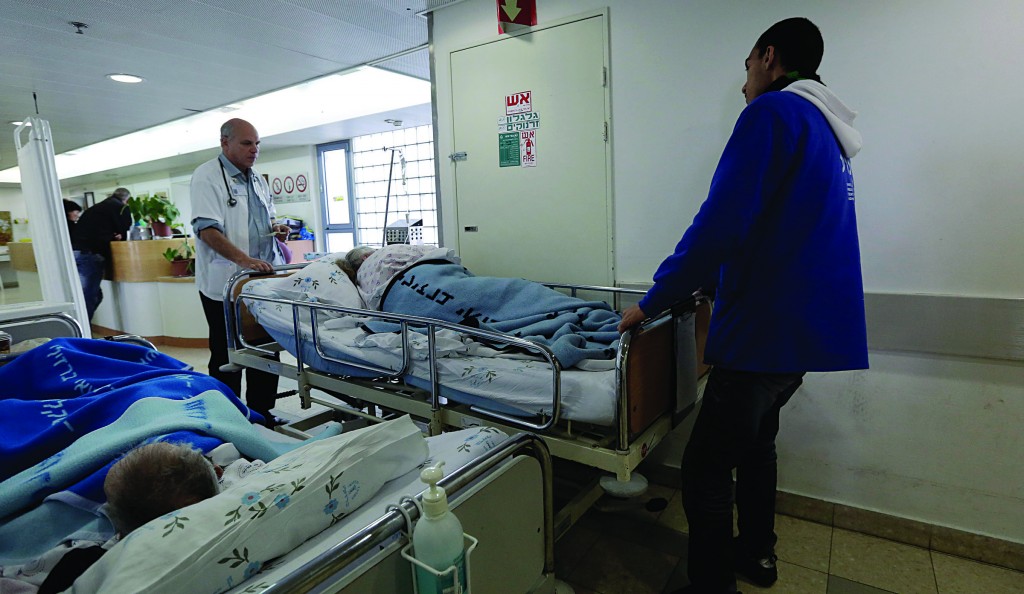 Nurses are on strike beginning Tuesday, the committee representing workers announced on Sunday. Negotiations broke down Monday night, as nurses and health authorities could not come to an agreement on the issues dividing them.

Among the main issues is that of violence against nurses and other workers. In a statement, the Histadrut labor union said that the strike would continue “without a time limit,” until the issue of violence against doctors and nurses was resolved. “In light of the reluctance of the government to do anything about the problem of violence in hospitals,” the union said.

Despite the strike, nurses will not abandon patients – but relatives of individuals who are being treated in hospitals were instructed to expect a much more difficult time in getting the attention of the limited staff who will be busy working during the period of the strike. The wait for routine blood and other tests could also be significant, the union warned. Meanwhile, in HMO (Kupat Cholim) stations, all tests have been canceled until further notice.”