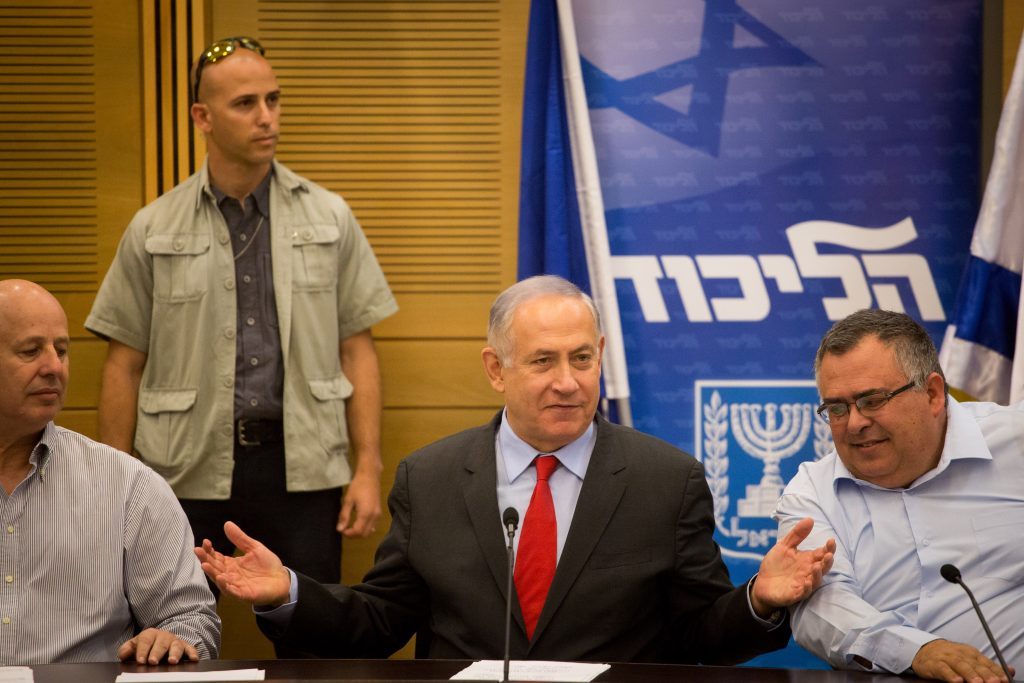 Sometimes it takes a non-Jew to point out the obvious to a Jew. Two weeks ago, at the first-ever Ministerial to Advance Religious Freedom Conference in Washington, Vice President Mike Pence spoke of global religious persecution and reaffirmed America’s commitment to promote international religious freedom.

In his remarks, Pence pointed to rising anti-Semitism in Europe, specifically in England, France and Germany. He made the following ironic observation: “It is remarkable to think that within the very lifetimes of some French Jews, the same French Jews that were forced by the Nazis to wear identifiable Jewish clothing, some of those same people are now being warned by their democratic leaders not to wear identifiable Jewish clothing. These acts of violence and hatred and anti-Semitism must end.”

Coincidentally, or not, this conference took place a few days after another first event, the passage of Israel’s Nation-State Bill by the Knesset, affirming the State of Israel to be “the national home of the Jewish people.” This latest installment in Israel’s Basic Laws enshrines Israel’s Jewish character in law, thus preserving the religious freedom of the Jewish people, arguably the world’s most religiously persecuted minority.

But comparisons between the Washington conference, promoting freedom of religion, and Israel’s new law, preserving its own religion, end there. There seems to be little controversy surrounding the Washington event, even from leftists, who cannot dispute the persecution of Tibetans in China, Christians in North Korea, Baha’is in Iran or Yazidis at the hands of ISIS.

Not so Israel’s new law. Even before it passed, Israel’s Nation-State Bill was met with worldwide condemnation. Not surprisingly, Arab and European states objected to the exclusivity of the Jewish nature of the bill. Given the Jewish people’s long history of living in the lion’s den, such condemnation is predictably de rigueur. But the less-than-oblique criticism from Jewish Diaspora groups leveled against the Jewish state for preserving its Jewish character hits a new low.

For those who have noted this controversy but have not read the actual law, it is worth reading. This Basic Law is just that — basic. It is all of 468 words. It takes the average person less than two minutes to read. And for those who need visual aids to get through a less-than-two-minute read, it is itemized with bold headers and numbers.

The gist of the bill affirms the symbols of the Israeli flag, shield and national anthem, designates the Hebrew calendar as the official calendar, recognizes Jewish holidays and days of remembrance and declares Jerusalem its capital. It also relegates Arabic to a “special” status instead of an official language, includes a directive to maintain a relationship with Diaspora Jewry and encourages Jewish settlement in the land.

While the bill’s format might be a Basic Law for dummies, it seems the only dummies mischaracterizing its content are those who are intentionally doing so. Opponents of the bill include the obvious: the PA, Arab states, the European Union, Knesset’s Arab Joint List and the Israeli left. The list also includes the AJC, the ADL and Union for Reform Judaism — not so obvious even a few years ago, but sadly obvious today.

In addition to downgrading Arabic and promoting Jewish settlement, American Jewish groups who supposedly support the State of Israel vehemently object to the bill’s clause, “The State will act in the Diaspora to maintain the connection between the State and the Jewish people” — so much so that president of the Union for Reform Judaism Rabbi Rick Jacobs declared, “The damage that will be done by this new Nation-State law … is enormous.” The AJC said it was “deeply disappointed,” and the ADL warned it can “undermine Israel’s cherished democratic character.”

Somehow I fail to see any injurious intent in the words of the bill, but I do see injurious intent in the rejection of them. To irreligious Jews and non-Jews, who believe that Israel was created in 1948 to prevent another Holocaust, the Nation-State Bill should be welcome collateral. Instead, behind the condemnation of non-Orthodox American groups lies their fury at the bill’s lack of commitment to religious pluralism and thus a lack of ingress to further their own agenda.

To critics of Israel’s affirmation of Jewish identity — methinks thou dost protest too much. But identifying the reasons behind this protest is the first step in protecting Israel from naysayers who object as much to the nation-state of Israel as to its newly enacted Nation-State Bill.