Our Hands Shall Not Spill This Blood 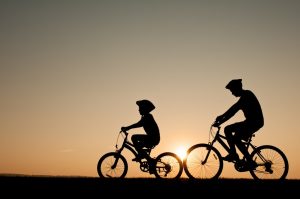 Imagine you’re walking home when you suddenly notice children playing in a construction zone completely unsupervised. A rope is dangling from a high floor of the structure, and some of the children are having a go, using it as an improvised swing. Of course, in the USA, where building code-violators are often judged more harshly than murderers, such a scenario is unlikely. But in other parts of the world … well, let’s just say that they have some catching up to do.

Another perturbing scene: children, all alone, tending to a trash bonfire (perhaps left there by Arab workers, who often burn refuse instead of safely disposing of it), with a little tot standing precariously close to the flames. And it wasn’t Lag BaOmer (not that that would make it any better). I warned the children of the terrible danger and insisted they cease and desist immediately. Being a total stranger, I doubt they heeded my warning after I left their sight. What I cannot help but wonder, though (besides the obvious “Where are the parents?”), is what would happen were every adult who passed by them, or even just many adults, to issue the same stern warning.

We humans seem to tend towards “reactiveness.” Before December 22, 2001, there was no need to remove your shoes when going through airport security. Then Richard Reid decided to win “The Shoe Bomber” title, and, in relatively short order, off with the shoes it was. Perhaps inspired by Reid, on December 25, 2009, Umar Farouk Abdulmutallab attempted to detonate Northwest flight 253 with explosives hidden in his undergarments. So today you often have to choose between a full-body scanner or a full-body pat-down.

Now, did you ever wonder why they wait until someone tries to blow us up just so? After all, if the bad guys can creatively come up with new ways to blow us up, why don’t the good guys get their creative juices flowing and stay a proactive step ahead of the game?

This line of thought is not mere philosophical cogitation. As happens almost every bein hazmanim, these past weeks have seen a significant uptick in tragic deaths. We cannot wax pious, raise our hands and simply exclaim, “These are acts of G-d, and we have to accept them.” That’s not piety but negligent indolence, as Chazal make abundantly clear.

If a person is murdered and the perpetrator remains unidentified, the elders of the closest city declare, “Our hands did not spill this blood and our eyes did not see.” Chazal (Sotah 9:6) elaborate: “Would we entertain the thought that Elders are murderers?! Rather, [they’re declaring,] ‘He did not come to our hands and we [did not] send him off [without food], and we did not see him and just leave him [without escort].” In other words, having been unaware of the victim’s presence in their city, they are not guilty of neglecting to provide him with food and escort.

The implication is glaring: Had they been aware and not provided him food and escort, they would indeed have been guilty of his death! Similarly, Chazal say, if responsible parties neglect tasks such as clearing dangerous objects from and fixing roads, “any blood which will be spilled there, the Torah considers it for them as though they themselves spilled that blood (Moed Katan 5a).”

Of course, we dare not pass judgment on individual victims of seemingly preventable tragedies, nor on their friends or families, whose pain is unbearable. We know nothing of what happened save by reading the news, which certainly cannot suffice to draw any conclusions regarding who may or may not be to blame. And without a doubt, once a tragedy has taken place we have to remember that Hashem runs the world and that nothing happens without hashgachah. But that does not absolve us of our human responsibility, and it must not prevent us from pausing to learn the crucial lessons that need to be learned.

If a tragedy happens and we are derelict in warding off danger, whether as a community or as individuals, we bear a very heavy responsibility for the outcome.

Hashem gave us an innate ability to detect breaches of safety. We don’t need to wait for an accident to recognize that something is dangerous. And we also don’t need to be someone’s parent, teacher, sibling or friend to speak up. Whether you’re walking down the neighborhood street or on a bein hazmanim outing, if you see something that looks dangerous, speak up. You may just save a life.

Whether it’s fire safety, water safety, road safety or any other type of safety, the Torah exhorts us, “chamira sakanta mei’isura — danger is more severe than sin.” As individuals and as a community, let’s do our utmost to proactively obviate danger and harm. Then and only then can we say with clear consciences, “Hashem, we’ve done what we can. Please keep us and our children safe.”